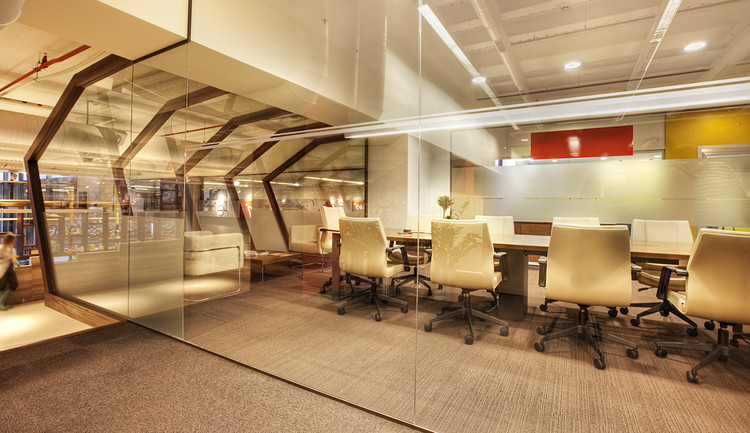 Text description provided by the architects. This was the one and only project where we went to the opposite of our understanding of a total and holistic space. Arzum office is designed upon an artistic icon; therefore we created all spaces to chime in with this icon’s own character.  The first thing our client asked for was an area where all of Arzum’s products that had been released since its foundation could be displayed. We interpreted this request as a demand for founding an Arzum Museum. We chose to keep such a museum somewhat away from the working environment and, thereafter, came up with the solution to situate it in the entrance.

We named this unit of display - which both nicely welcomes the guests with its vibrant form and functions as a division between the workspace and the entrance- the dinosaur. We created a wooden platform with small gaps. Also, we defined the size of each gap according to the measurements of the product that will be displayed in it. The columns of the workspace were painted in Arzum’s corporate colors and the dates that were seen as the turning points in the company’s history were written on them. Our purpose was making sure the employees were well aware of the history of their company. Remaining loyal to the principles of the open office system, we emphasized the division of some departments by using different floor levels. Meeting rooms were very important components of the solutions we had for the space. We created small rooms in departments, big meeting rooms in the entrance and relatively more isolated meeting rooms all across the workspace. 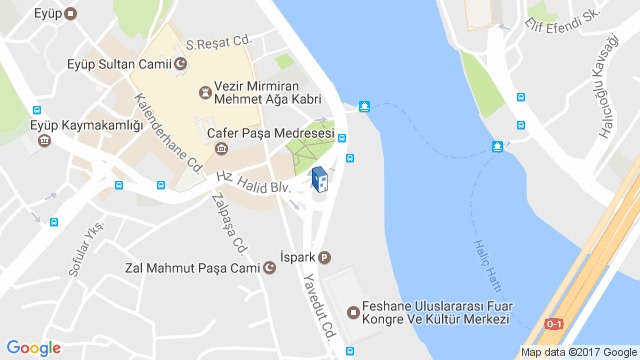