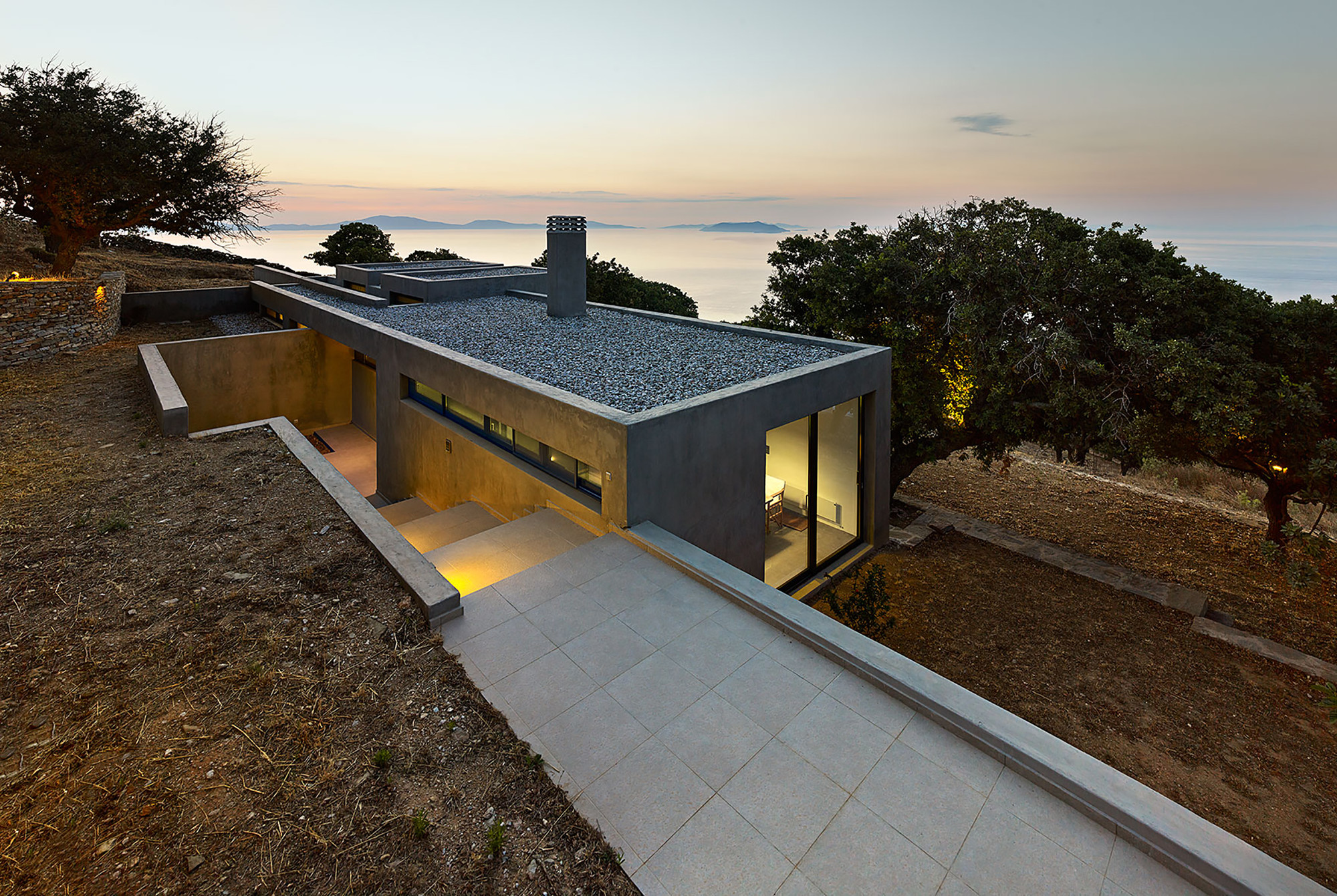 Text description provided by the architects. The characteristic features of the site and the island's traditional building practices, though without a historicist attitude, are the recognisable project elements: the maintainence of the existing flora, the restructuring of the site's terracing and the organization of the house with volumes which are either independent or 'arise' as intermediate gaps.

The building is placed on a terrace. The entrance to the house is found in the void between the volume of the house and the terrace behind it.

A longitudinal course, parallel with the gradient of the slope connects the distinct building volumes and three courtyards, each having different characteristics: a covered courtyard (in the heart of the building), a shaded one by the oak trees (close to the livingroom) and one exposed to the sun (at the end of the corridor).

Perpendicular to the longitudinal course one enters the main areas of the building (the livingroom and the two bedrooms), which open up towards the sea. The circulation and the service spaces (entrance, corridors and bathrooms) are expressed as voids that connect the differing volumes of the primary spaces.

The configuration of the flat roof corresponds to the plan of the house, as it depicts the individual volumes and the relationship between them. It is also the main facade of the building since it is exposed in its entirety as one approaches. The roof is formed so as to provide cross ventilation to the main living and sleeping areas and is also set up as a system of collectors that receive and direct the rainwater to the cistern which is the quiet protagonist of the building.

The house is constructed with the usual practices of the local builders. Without a decorative intent most surfaces (floors, external walls, internal wet areas) are formed by cement. 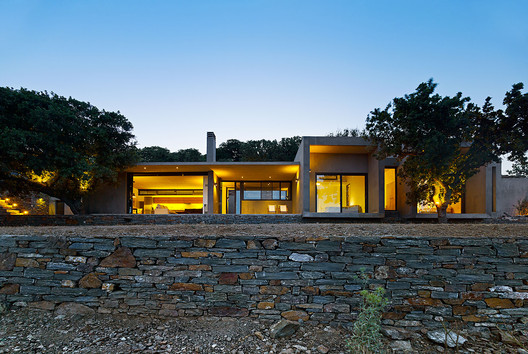 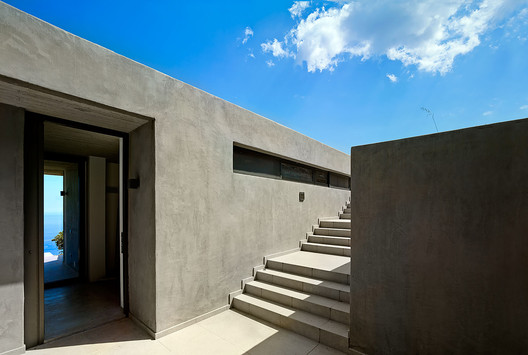