Save
Villa by the Lake / Alexander Diem 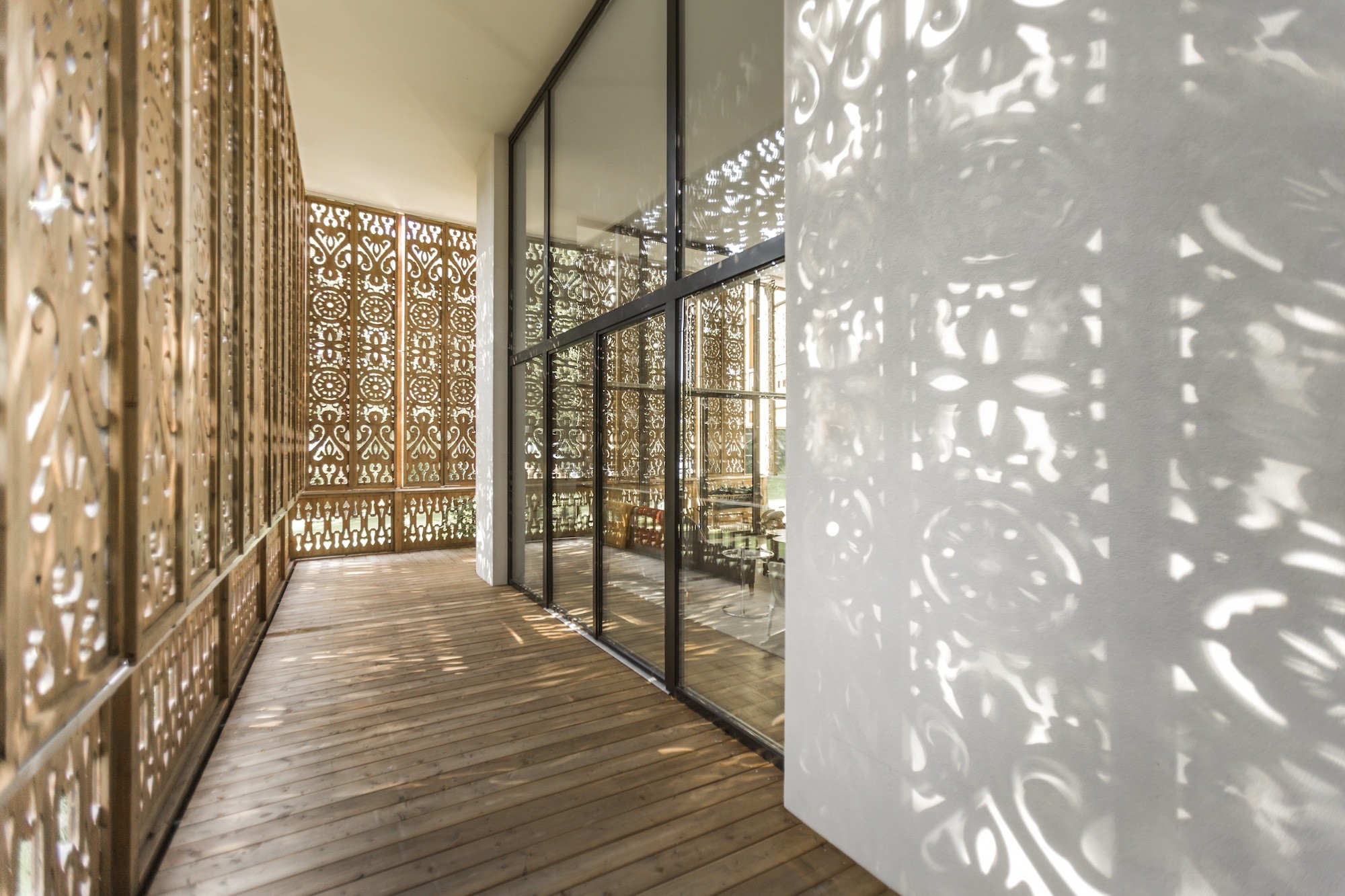 Text description provided by the architects. Fence, garden, wooden facade, exterior wall, social rooms, private rooms— the farther one gets into the villa by the lake, the more private and gentle the building appears. Privacy is the central theme of this single-family home in close proximity to a lake. In a time which supposedly knows no privacy any more, the built volume celebrates the transition from public to private spaces. The value assigned to, and the resultant hierarchy of, spaces derives directly from how long you stay in them. The stairs, for example, are treated as a subordinate area and are reduced to mere necessity in regard to ceiling height and floor space. By contrast, living rooms are laid out very generously, with ceiling heights up to 5.6 meters. Rounded floor plans define a counter- position to the usual rationalist architecture, generating a sense of homey security.

The distinctive wooden facade self-assuredly takes up the rustic patterns of the region. With panels closed, the cut-out shapes which symbolize food, harvest, and fruit cast shadows on the inside and almost look like exotic wallpapers. The panels are variable and may be kept open or closed as required. The facade is not only for sun protection, but also enables controlling the degree of privacy desired. While offering possibilities for seclusion and intimacy, the house is by no means isolated from its local environs: the lakeside villa responds to its site-specific context, integrating it with the universal needs of the inhabitants.

Arts as an integral part of architecture

Art in architecture, which has long been common practice in the public sector was implemented by Alexander Diem here in a private project. A piece by artist Nick Oberthaler is integrated in the terrace floor. And the elaborate main door by artist Plamen Dejanoff quotes the heavy doors of historical country houses. Both artists are represented by Vienna-based gallerist Emanuel Layr whom Alexander Diem called in as an expert already in the planning phase, thus setting up a role model. Normally, art only comes into play after the completion of a building.