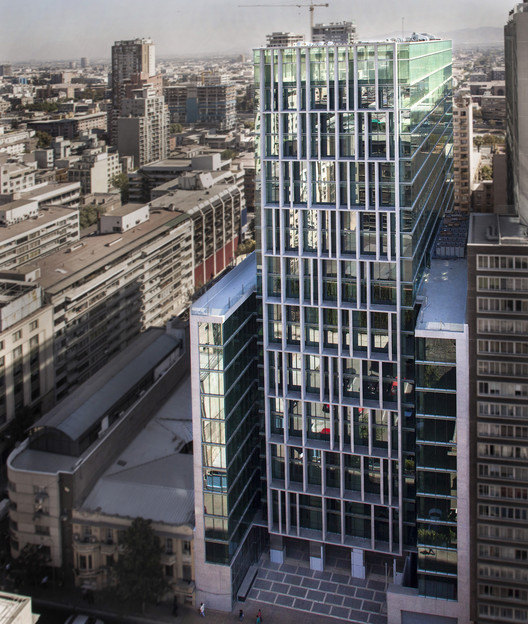 Text description provided by the architects. The commission was to develop a corporate office building for public services, ministries and public and private institutions that need to have their operations in the historic center of the city where most public institutions and the financial sector of the country are concentrated. The corner of Hermanos Amunátegui and Agustinas meets these requirements, it is steps away from Plaza de la Constitution, the executive hub, close to the judiciary, with an unbeatable accessibility to public transport and motorways, which reinforces the centrality of its location.

The local building regulations directs the architecture to a model of continuity and isolated tower; up to 40 meters the continuity of the volume acts as base, which forms the continuous facade of the traditional block in the historic downtown. Two bodies as "plates" stick to this model, leaving the center of the facade pass cleanly through the total verticality of the isolated volume, a tower of 21 levels, the ends of the "plate" bodies are constructed with architectural concrete, modulated as overlaps.

The tower is set back in the front generating a public access atrium, and in the north and south sides, generating a rectangular prism in which the short east and west facades are designed with a screen made of architectural concrete, seeking to control thermal gains by solar incidence of these orientations. These screens are rotated around their vertical axis to project a larger shadow on the windows.

The vertical circulation core is shifted to the north facade leaving the southern facade, more appropriate due to its even light during the workday, for better livability of work spaces.

The "window ribbon" technique was used to achieve lower costs for the overall envelope, we used an exterior laminated glass ribs system to increase the useful area inside (aluminum mullions were removed). The building has 6 underground parking levels and a mechanical floor at level 22. 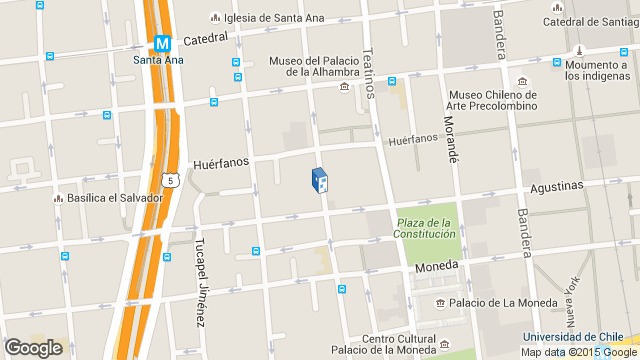