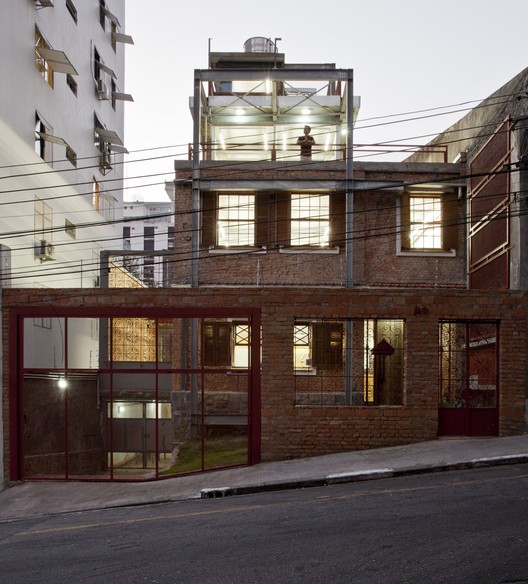 The history of this house located a few meters from Paulista Avenue begins in the early twentieth century, as shown by its first plan from 1915. Modest in its proportions compared to the mansions in the region, but rich in detail, it has undergone several renovations and uses over almost a century of life.

Because it is a small survivor today, in an area of high glazed towers, it was decided right from the beginning that the house would still exist.

To adapt the house with small compartmentalized areas for its new commercial use, it was decided to consolidate the environments, creating large spaces that can be closed according to the customer's needs, thus giving great flexibility to the space.

This required a major structural and infrastructural intervention. Thus, it was decided that all interventions would be undertaken in such a way so that the contrast between the new and the old would be explicit.

Seeking the highest coefficient of use possible without losing the building's residential characteristic, a thorough study was done in which the determining factors were legislation, energy use and the different periods that the house had gone through.

The demolition of poorly used areas allowed for a building with two floors.

These were constructed in compliance with the new characteristics, creating a pyramidal volume. Thus all environments have direct access to generous terraces.

During the excavation of the basement for the foundations, beautiful baldrames with large bricks were found. This space was used as a technical area with electrical, hydraulic, and elevator facilities.

Due to its age and given that it is a structural masonry construction, we decided to create an independent metal structure, which as an exoskeleton transfers the new loads directly to new foundations literally underneath the existing house.

In instances where the walls needed to be restored, different restoration techniques were used such as placing external profiles, connected by tie rods. These compress the walls and prevent them from collapsing like a house of cards. This is a technique widely used in restorations of medieval buildings in Italy.

In the original floors, the walls were peeled displaying the different periods and restorations of the house. Brick arches, concrete lintels with river pebbles were some elements that appeared in this phase of the project. The walls were removed, storing their material properly, which were reused at the appropriate stage to make new blocks on the floors. The same happened with the wooden floor, roof beams, frames, doors and windows that have been restored and used in accordance with their original purpose or refurbished to create furniture.

As we have highlighted, the exterior floor is made of broken tiles and the door is made ​​with the roof tiles.

The enclosure of the upper floors was made with sliding frames that allow the entry of natural light and ventilation.

To adapt this residence for the new office program, we were to make the most of existing qualities, which is explicit in the use of almost the entire structure and materials. The flooring of the first floor was re installed, and the new areas have a cement slab flooring.

Besides the almost total reuse of existing materials, the prefabricated structure drastically reduced the generation of debris, and consequently the energy expenditure and CO2 emissions from transportation.

Energy efficiency was a major factor in this project, thus, several studies using electronic models and software design of energy were used to define the material and openings.

Wide original walls guarantee a high thermal inertia, which combined with cross ventilation create a pleasant environment and minimize the use of air conditioning.

In the new story the sliding frames allow ventilation and optimize the entry of light.

All rainwater is collected through drains hidden under the raised floor. It is filtered and stored in two large tanks holding 10,000 liters, located underground. Smaller water storage tanks located on the roof allow the use of water by gravity, thus reducing the need for pumping without overloading the structure. 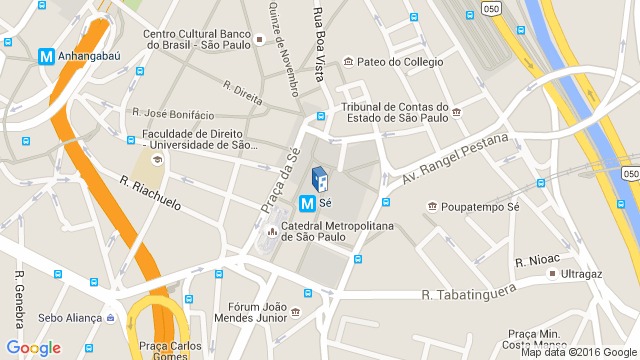