Details have been released on Rogers Stirk Harbour + Partners’ first project in the Middle East: Maryah Plaza. The four-tower, one billion dollar scheme will be built on Abu Dhabi’s 114 hectare Al Maryah Island, which is slated to become the emirate’s central business district.

The first tower is already underway, with completion scheduled for 2016. Once complete in 2020, prior to the Expo 2020, the entire waterfront plaza will include three luxury residential towers and one mixed-use tower with upscale apartments, a five-star hotel and high-end commercial space.

The scheme’s overall master plan will aim to achieve a sense of permeability, connecting neighboring cultural and retail sites with an inviting, lush system of parks and plazas. 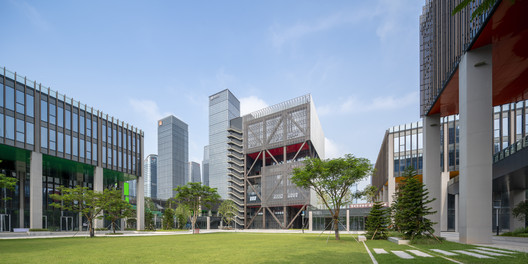