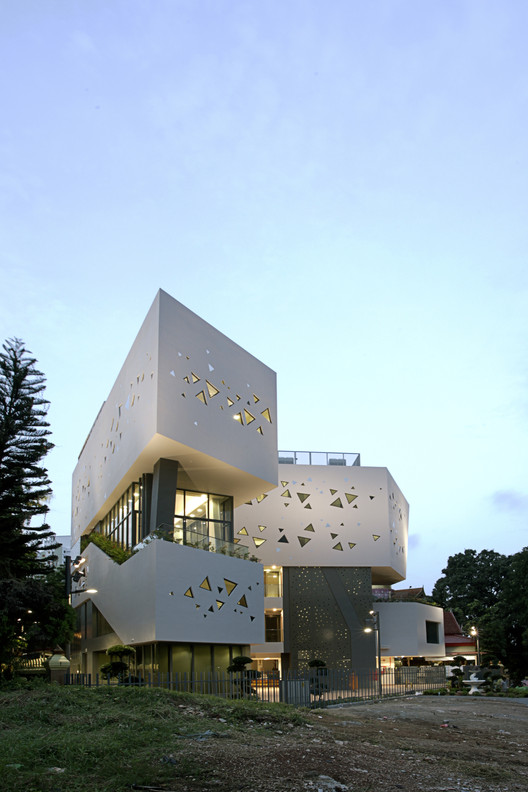 Text description provided by the architects. Wat Ananda Metyarama Thai Buddhist Temple is the oldest and only Thai  Buddhist  Temple  in Singapore  that  receives royal patronage from the Thai Royal Family . With its long monastic  tradition of ordaining monks, the temple  will celebrate  its 90th  anniversary  since its inauguration by expanding  its  current  facilities  by adding  a new  block  next to its existing historic  Main Shrine. The new  commemorative structure  will have  to  replace  the current  3 storey  Monks Quarters and  will  need  double its current  600 sq.m  built in floor area. The  program for  the extension block not only  calls for  more monks quarters, it would include additional  prayer  halls, meditation centres , Dharma classrooms, a Museum  and an large  space for communal festivities  during key dates in the Buddhist  calendar.

Located on the small plot of land on top of a hill site, the temple, with its golden roof and soaring stupas is a distinctive  icon, visible  from its northern and eastern low lying neighbourhood . The temple back against a high way on its west side while its south side faces a strip lush vegetation on a vacant plot of State land.

At the onset  of the project , the Client has specifically requested  that the temple extension should  aspire to not  to follow  the architectural traditions of Thai temples but rather be a “reflection “ of it. The design for the extension block is developed from the narrative of the Buddha attaining his Enlightenment while meditating under a Boddhi tree. Conceptually, the  Boddhi Tree can be considered as  the original House of the Buddha and  the idea  of a tree as a one that shelters,  protects and nurtures springs forth as a key notion of our proposed threefold architectural strategy. The new structure would also necessarily  form a frame  that defines boundaries of a space/  form of a void as suggested by common visuals of the Buddha meditating below the Boddhi Tree where the tree is essentially a frame. The void space  would also inform  the absence of the existing Stupa  which would be removed eventually.

Taking  on  a “V” shaped plan  that back against the highway, the design of the new building would frame  a  large front courtyard   space that could hold major religious  communal festivities. The branching off of either wing of the  V shaped plan  would accommodate the various program as required on various levels. Systematically, the  programmatic requirements  would be  arranged and distributed  in various levels accordance to the notion that  traces the growth of a Buddhist based on the following;1. Discovery 2. Learning 3. Meditation4. Sermon/  Discourse

Strategy 2  : Fragmentation and Displacement of Volumes

To emphasize  the hierarchy associated with the above , either wing of the new  block would  comprise staggered  arrangement of displaced and sometimes cantilevered boxes  that is supported by skewed buttress like columns. Accentuating this volumetric displacement is a play of solidness and  transparency  applied on the envelope of the volumes. For example, the meditation hall at the 4 th floor is loft  space  enclosed by  openable glass panels that  allows  maximize  natural light and  view  out to the green  terraces beyond. Sky gardens , long planters  are also integrated into envelope design of the building to allow “break up “  the building  and allow for much greenery. This gives the illusion of an urban “tree” building, one that would offer a visual relief to the residents nearby.

Abstraction of  light  filtering through the gaps between the leaves of the Boddhi tree  are necessarily mapped onto the facade to create an organic random pattern  of triangular windows.  While seemingly random, the position and size of windows  are actually tabulated in relation to the degree for natural lighting as required to by the interior space. The constant changing and  dramatic of play of light and  shadow through these windows  can be best experienced in the Prayer Halls , reminding oneself that change and impermanence of life is the only constant. 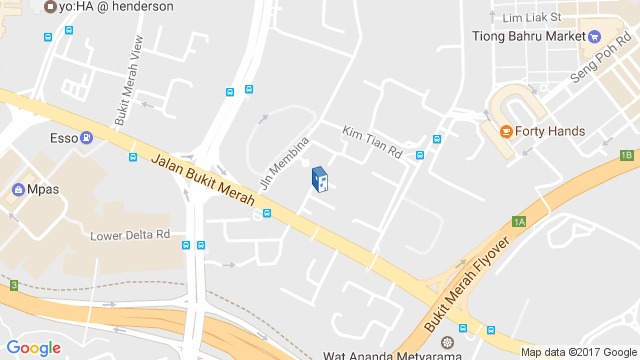 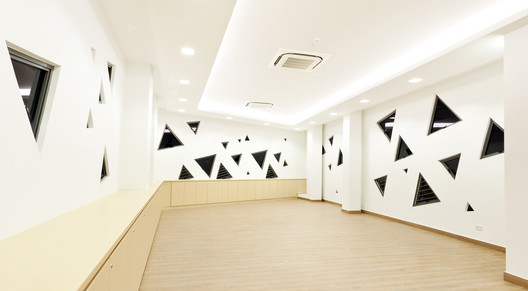