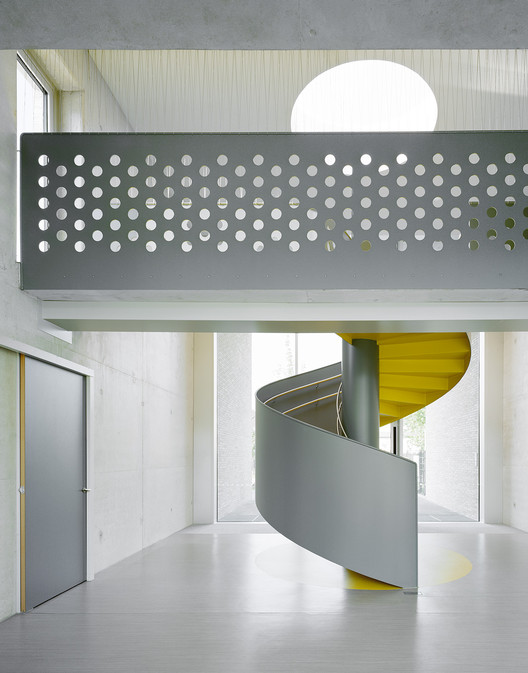 Text description provided by the architects. The wall surrounding the city of Babenhausen in southern Hessen, Germany, was begun in the late 13th century. Originally fortified with seven towers and a wide clearing surrounding the village center, two towers and a large section of the wall remain. A knights’ residence, constructed in 1544 incorporates fragments of this wall adjacent to the Breschturm - or ‘Broken Tower’- which still reveals a hole made by a cannonball fired by the attacking Swedish during the Thirty Years’ War.

Against this backdrop of living history, Ecker Architekten were invited to design a kindergarten and day care center to provide social and educational opportunities for 130 children between one and seven years of age.

30 ‘day care’ children, between 1 and 3 years of age, occupy the south wing of the new facility, and 100 children between 4 and 7 years old are taught and cared for in four double-height group rooms to the north of the sprawling, irregular site.

Between these two wings, one finds the heart of the project, a large multi-purpose gymnastics room and the Childrens’ Bistro, where meals are served. All of the main function rooms feature floor-to-ceiling windows, allowing views of the gardens and the historic surroundings.

The building extends the entire length and breadth of the site, and divides the outdoor space into clearly defined areas for athletic activities, concentrated play, scientific investigation and quiet recreation. 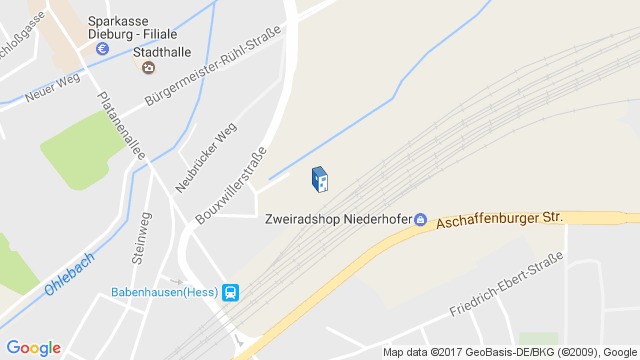