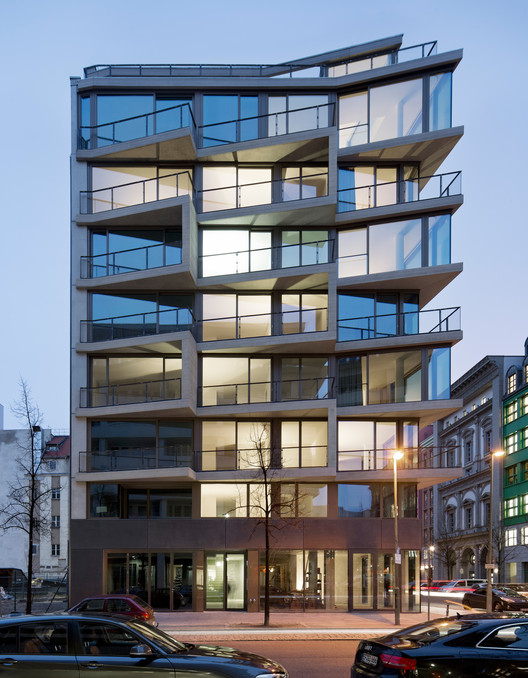 Text description provided by the architects. Apartments “Charlotte” - a great success for the developer as well as marketing. Within weeks, and long before the commencement of building works, all flats within this central Berlin apartment house nearby Checkpoint Charlie were sold. Carefully designed floor plans ensure a high quality of living and generous full height windows offer fascinating views of central Berlin.

Balconies are attached to the building like scales and create a meander like rhythm along the façade. To avoid impairing this well-balanced building front by rough and heavy balustrades, balconies are safeguarded by a delicate stainless steel mesh. The tapered form gives this freestanding corner building a charming and self-confident appearance.

A freestanding building must be able to stand on its own merit, even if it is located in the middle of a city. The following success story illustrates how well this approach worked in the case of a nine-story apartment building in Berlin-Mitte: All 28 apartments were sold within one week of listing. The team behind this accomplishment consists of WI Concept, Michels Architekturbüro, and Berlin Capital Investments. In early 2014, the remaining finished units were handed over - with the exception of one, which they were not willing to part with…

“‘The building shouldn’t fall over“, explains architect Andreas Michels. “Fall over visually that is” he adds. “Freestanding corner buildings often appear as though they are tilting forward.” Particularly, when the addition of compact balconies visually weights down the facade. To avoid this, Michels set a clear counterpoint. “The top bay visually lifts the structure upwards and sets a crowning accent.” When glancing upward one perceives a swooping motion ending in a distinct point. This is enhanced by the balconies, which adorn the apartments from the second story up. In reality, this is an illusion. The roof is as flat as the floor slabs. The front of the building consists of exposed concrete corner slabs, which taper back towards the sides of the building. This tapering will allow for an easy connection to future neighbouring buildings.

Currently, the 347 sq.m site is surrounded by open spaces and expansion areas for future federal buildings. For the time being, “Charlotte” will remain the only apartment building on Charlottenstraße. The design of the building attracts passersby and buyers alike. In December 2011, all 28 units were reserved within one week of being placed on the market, and only four weeks later all contracts were signed. Maik Kettner and Johannes Weil (CEO of WI Concept) refer to it as “a testament of success.”

Shortly after purchasing the site, Kettner hired an established real estate agency, and took on a lead role in monitoring the progress of the project. “Our clients were waiting for this type of building project,” explains Thomas Zabel, managing director of Berlin Capital Investments, and responsible for the sales of the apartments. “Our early involvement in the project allowed us to gear the design towards the needs of our clients.”

Michels Architekturbüro developed tailored floor plans for Zabel’s clients, resulting in ready-for-salepackages, which “sold like hotcakes” according to Andreas Michels. Perhaps also because the building features smaller units, which are perfectly suited as a second or third home for people looking to establish a hub in Berlin. Another contributing factor may be the fact that Germany’s capital is regarded as a safe investment haven on the international real estate market - about 70% of the buyers hail from abroad. Also, it’s location near Berlin landmarks such as Checkpoint Charlie and Gendarmenmarkt made the property very attractive to investors.

A third of the available 135 sq.m apartments were purchased by people looking for a permanent residence, such as Thomas Zabel who fell in love with “Charlotte” and moved in himself. 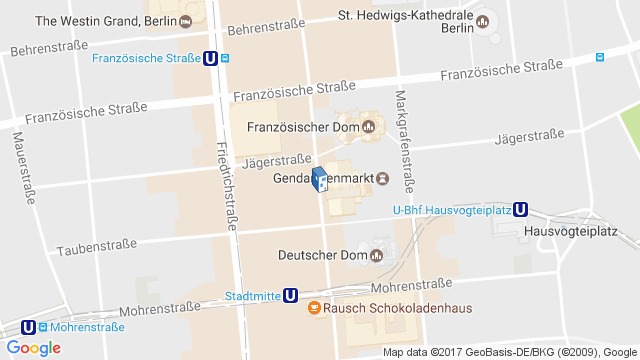 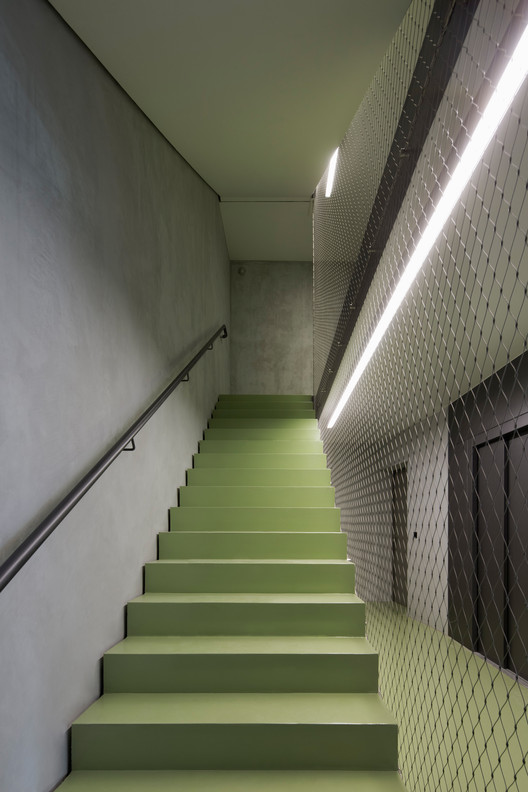