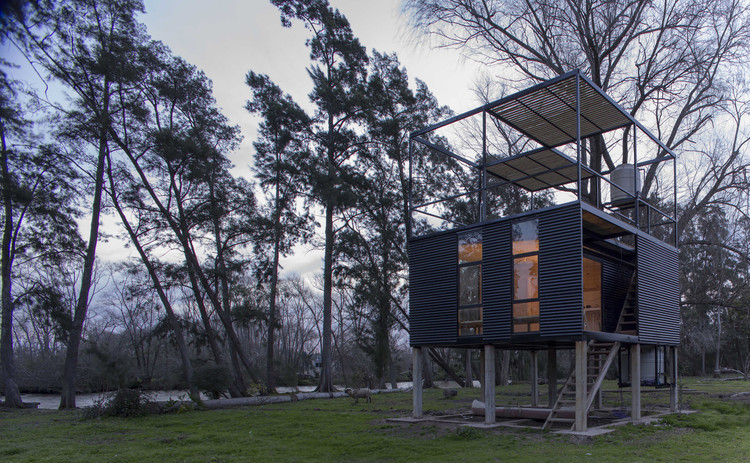 The artificial, the natural.

The project is developed on an abstract landscape where nature in itself has a place, in the sense that it is defined as constant and homogeneous.

To make a place out of the space takes shape from time, where streamlining project processes determines a new architectural characterization; thus, the work poses as an object emplacement about abstract landscape. The symbolic meaning of the work remains as a variable that is not obvious, that transgresses the figurative to be an object that is part of the surrounding landscape.

The time-space relationship is determined by the program articulation and movement; under the reinterpretation of phenomenal spaces traversing instances of light and tectonics. Without falling into the descriptive, the expressive specificity is what determines the project as an object that sets up a new space. The natural place ceases to exist to reconfigure itself into a new one.

From the particular, the project is determined by the radiance between the existing and the new: the framing of an interior with the surrounding landscape. The boundaries are set from the vertical movement, where visual sequences and programmatic uses are determined by the fusion of both places: the natural and the artificial. The space is narrative in terms of the construction that defines instances of spatial tensions in relation to the existing site.

The project focuses on the idea of ​​contained space within an existing landscape; thus the architectural specificity is relevant in terms of the exterior and interior experience. In contrast to the idea of ​​presence, the project works from permanence; the reinterpretation of symbolism and tradition of a cottage on the island is structured.

Typical local materials are used, but giving them the quality of being a contrasting object for the surroundings, and warmth without losing the notion of place for those who inhabit it.

The cabin is designed for six owners, who live in different times individually and sometimes in groups. A neutral space allows various recreational instances, while maintaining the original place as a key aspect of this new space. We set the project as the juxtaposition of places: a primitive place, an object place, a recreational place, a contemplative place, a pragmatic place. 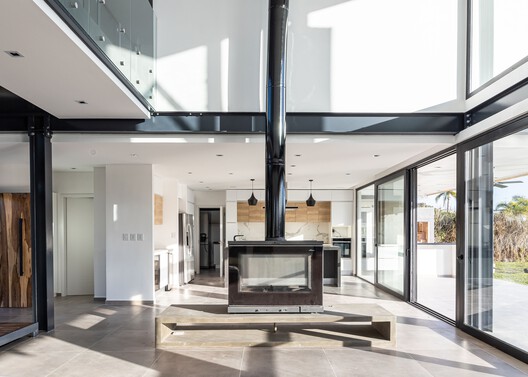