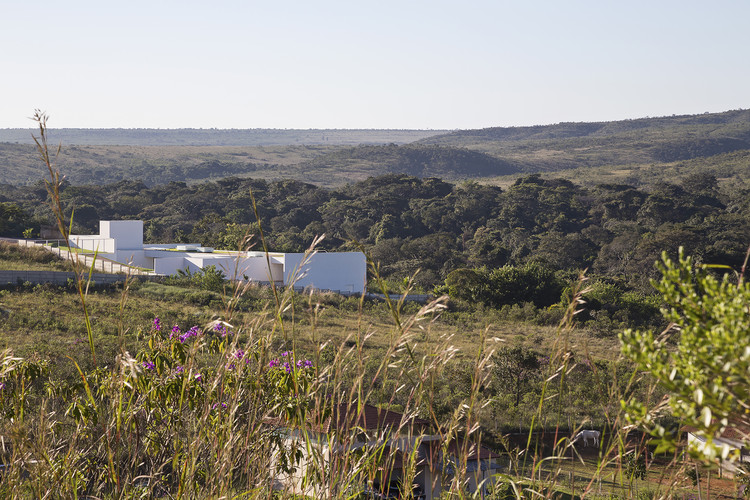 Text description provided by the architects. The house is located in a residential area in Brasília, far away from the urban center and occupied by small gated communities. This part of the city still presents some characteristics of the original countryside that has originated it, with wide open spaces and native vegetation.

The young couple´s desire to have a house that would integrate itself with the surrounding landscape was the starting point of the project. Our objective was to use the architecture to highlight the landscape, not the other way around. An existing natural preservation area in the south and west sides of the plot and its strong descending slope towards the backside have both directed our response.

A big existing artificial landfill located three meters below the street level was extended using the soil that was digged out for the construction of the house. We used the resulting space to place all the internal areas in only one level. That decision has allowed the house to remain partially hidden below the street level, providing an unblocked view to the landscape.

We have used a composition of predominantly horizontal plans oriented east-west, dividing the north and south portions of the plot. The east and west façades and windowless, while the north and south façades are mostly transparent. The circulation, ramps and service areas face the north façade, which is more exposed to the street.

The bedrooms and kitchen are open to the south portion of the plot, facing the natural preservation area. All areas are connected in the backyard throung a continuous wooden floor. The living room in the central area of the house, the only room that opens to both north and south. It is accessed by ramps that cross the front garden. A longitudinal axis orient the internal circulation, crossing all the rooms.

The roof garden works as an extension of the backyard, an observation platform open to all sides. It provides thermal insulation during the whole year and reinforces the visual continuity between the street, the house and the native vegetation. Its surface is punctuated by translucid cubes suspended from the floor. They are structures of steel and glass designed to allow natural light and ventilation to the bathrooms below. During nightime they work as lanterns, taking the light from inside the house to the exteriors of the terrace. 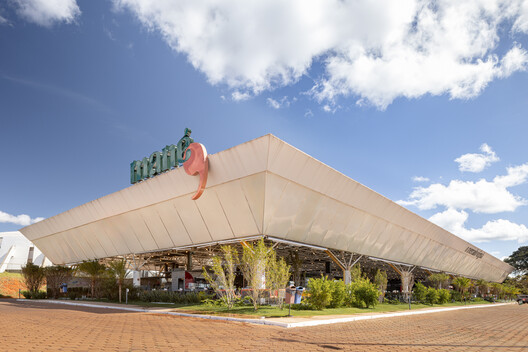