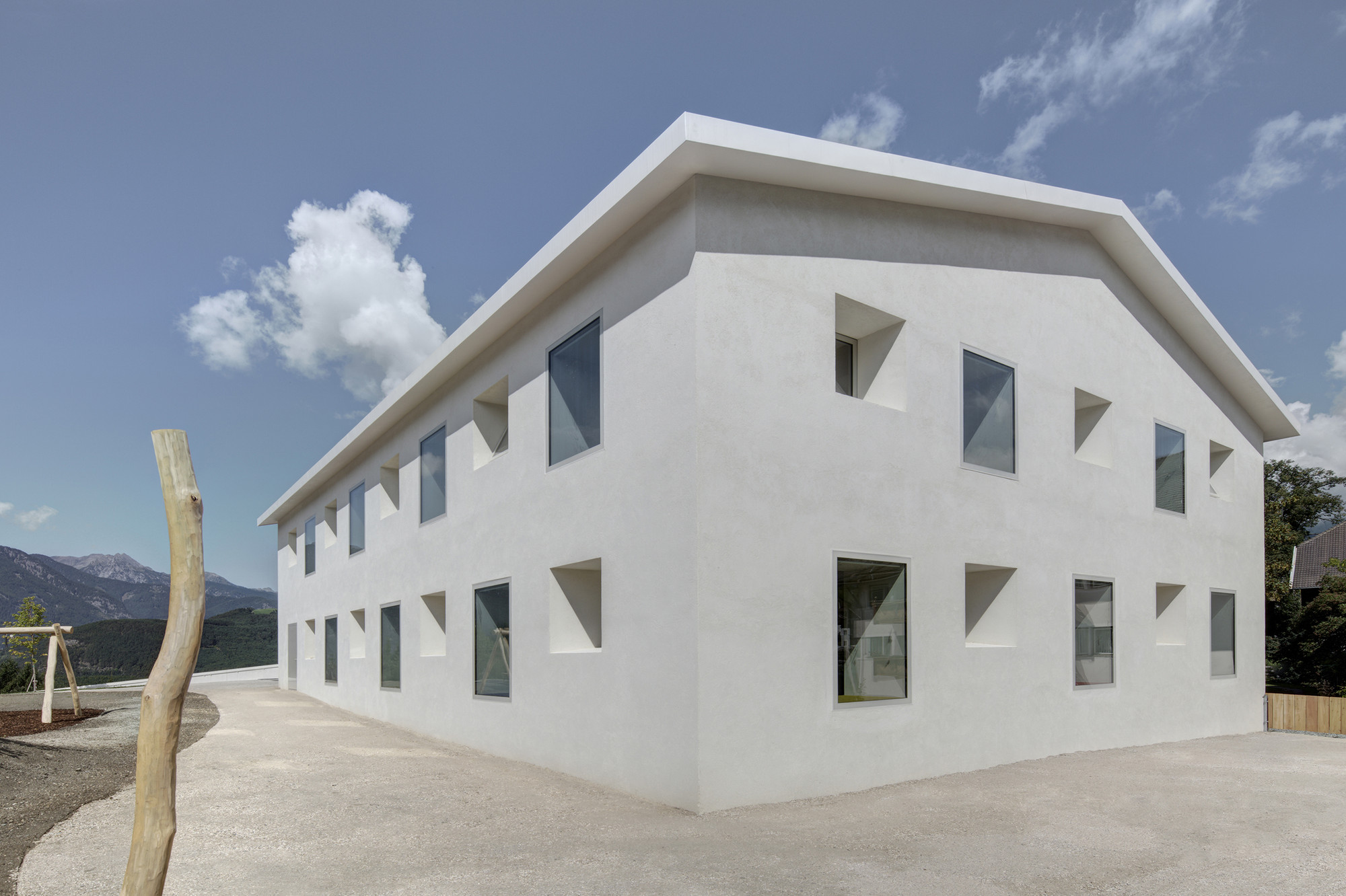 Text description provided by the architects. The new kindergarten building has been formed by the modification of the former school, built in 1879. The existing massive brickwork is shaped by a punched window facade with two window sizes.

The small windows can be opened and the bigger ones can be used like a larger windowsill, inviting the kids to sit down and play.

The building will thereby be integrated into the grown villages’ structure and creates at the same time identification. The uniformed facade arrangement and the white concrete roofing tiles let appear the building simple and clear.

The windows dissolve the building’s volume and mediate between the “big” structure and the “little” inhabitants. The punched window facade offers to the playground framed views into the surrounding landscape. 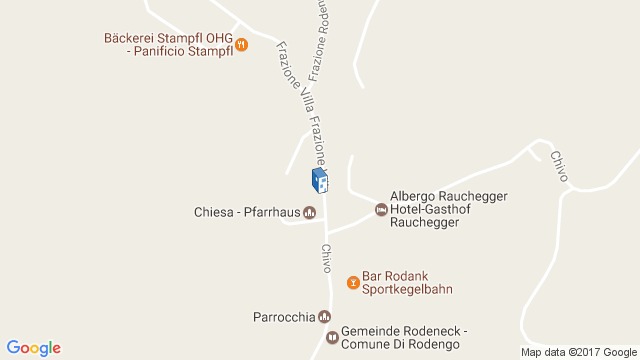