The planning phase for the new National Arts Museum in Norway is coming to a close and the images of the winning design by architects Kleihues + Schuwerk Gesellschaft von Architekten have been released. With its modernization and expansion, the museum aims to enhance the fields of art and design in Norway and serve as a cultural hub for locals and tourists alike. Learn more about the project and see the proposed design after the break.

The addition of this new building for the museum is part of a thirty-year long process to renew Oslo’s waterfront. Originally a shipyard, the site of the museum is quickly transforming into one of Oslo’s most bustling urban centers, with the recent addition of an opera house and numerous office building under construction in the area. The design intent for the new building is to renew interest in the visual arts in Norway by highlighting the National Museum as a center of art and culture in downtown Oslo.

Klaus Schuwerk, partner at Kleihues + Schuwerk Gesellschaft von Architekten, mentions the Vitruvian term “Firmitas,” or “solid and lasting” as one of the guiding principles for the design. He speaks about a desire to strive for timeless qualities in design and states “All objects are marked by their time. But if we try to avoid the sensational, and seek eternal qualities, this building may well become a symbol of the deepest aspirations of our generation.” As a result of the effort to achieve these lasting qualities, the design of the museum places less emphasis on form, and rather, attempts to consider its place in the city of Oslo. Schuwerk points out that it is not a building intended to provoke a reaction or draw attention to itself, and emphasizes how different it is from a museum such as Frank Gehry’s Guggenheim Bilbao.

Some of these lasting qualities may be achieved through subtle changes in materiality on the building’s exterior and its connection to the surrounding city. In this way, the lower portion of the building relates to the existing urban context, while the upper portion of the building takes on a more contemporary form. The stone façade of the museum visually connects it to adjacent historic buildings while the entry strategy aims to create a new Piazetta in order to respectfully transition between the modern building and the older city center.

The plan of the interior of the museum reflects the building's façade. The first and second floors of the museum will be made up of galleries designed with a more classical approach, while the Alabaster Hall of the museum is designed to house more contemporary works of art and reflect the modernization of Norway. In addition to the galleries, the museum will also include administration, research, dining, and viewing areas for the waterfront.

The new museum is scheduled to open six years from now at Vestbanen in downtown Oslo. 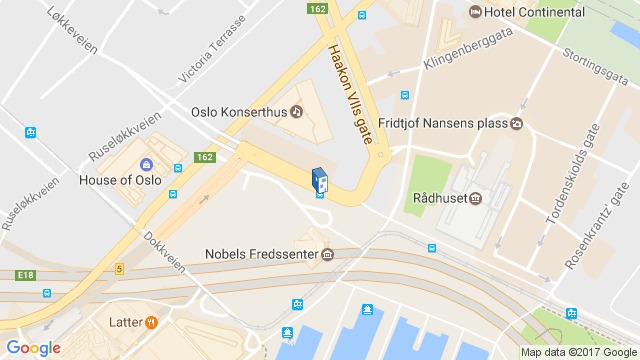