Dutch based practice Mecanoo, nominated for this year's RIBA Stirling Prize for the Library of Birmingham, have begun work on vast cultural centre in Shenzhen marking their first project to break ground on Chinese soil. Comprising of a large public art gallery, a science museum, a youth centre, and a book mall, the 95,000 square metre development will strengthen Longgang District's identity by "providing citizens and visitors with a renewed sense of place." Forming a dynamic link between the high-rise of the city's commercial district and the open spaces of Longcheng Park, the four sculpted forms emerge from the ground to create a series of arches and sheltered spaces to facilitate public events.

See the full set of images and an illustrative film after the break. 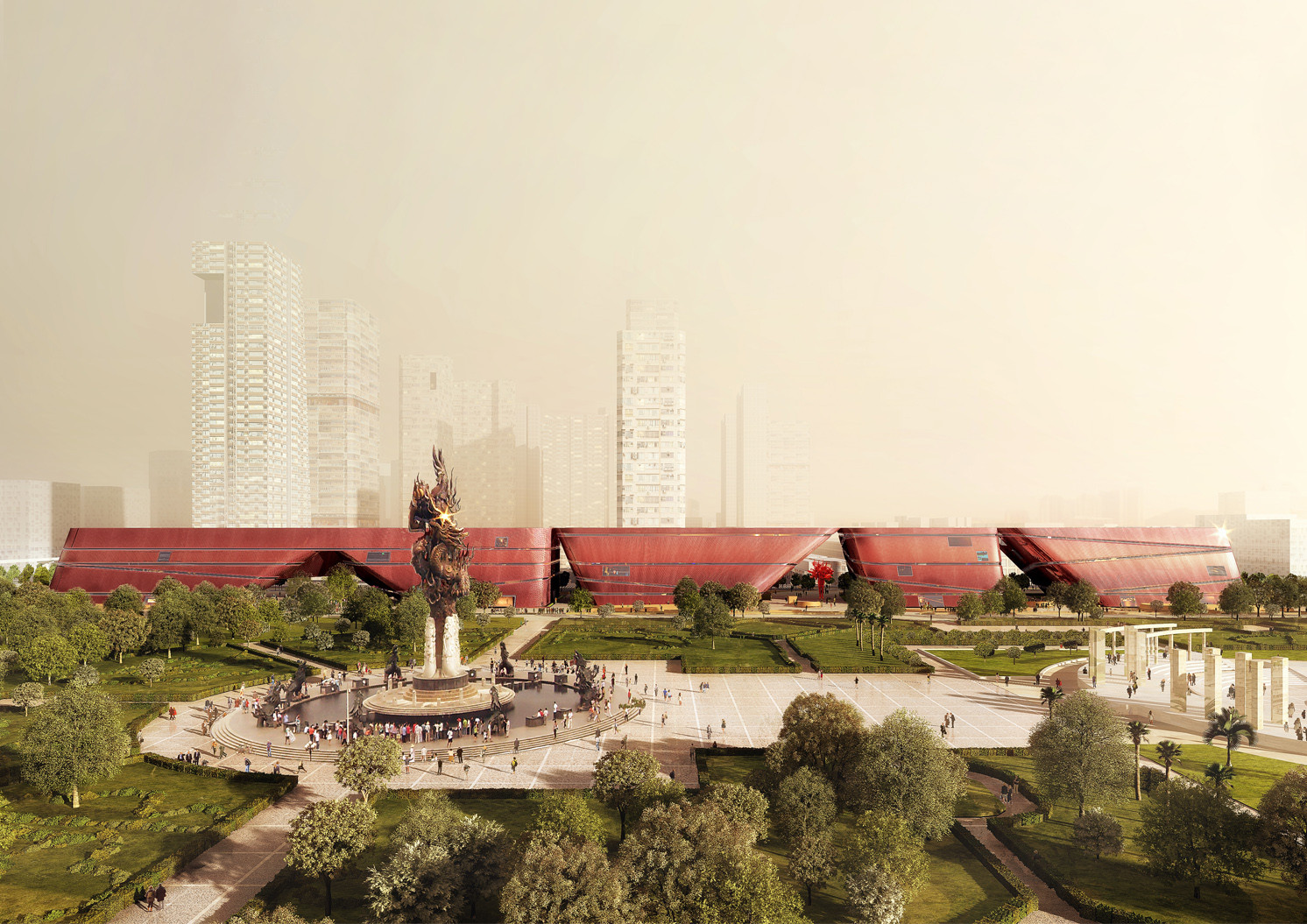 The rounded shape of the four iconic structures "respect the natural flow of pedestrians through the site." The cultural centres, strategically located on the ground floor, pour into the exterior public space and parkland thereby "absorbing the city into the exhibitions." By linking cultural and commercial programmes, the new complex will generate a vibrant downtown for the district. The project is scheduled for completion in 2017.