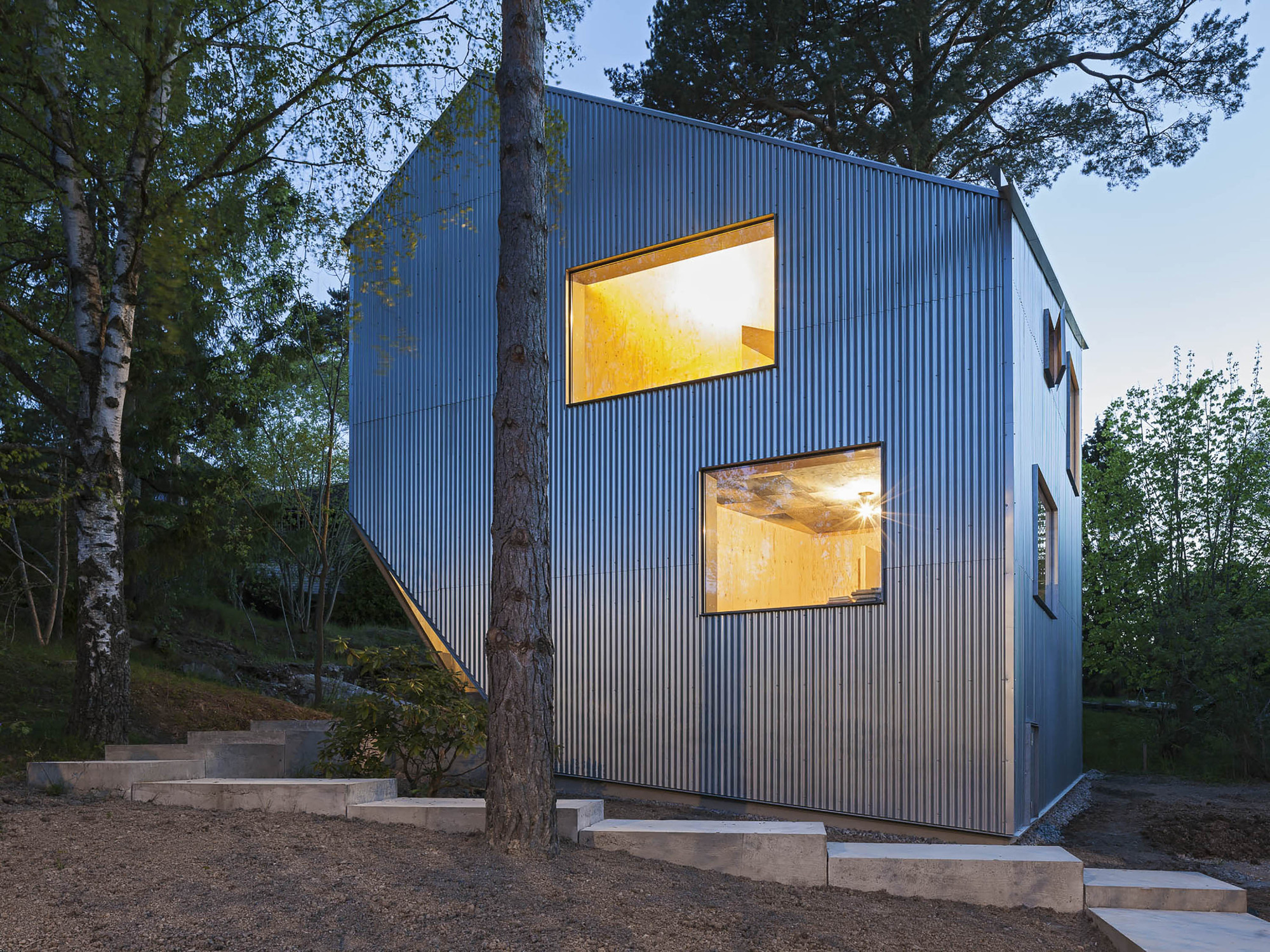 Text description provided by the architects. The plots high altitude area creates opportunities for both views and a private sphere, despite the size of 700 sqm. The house is placed after the large window towards southwest. A sense that the volume is inserted in the ground created by the façade, like a solid meeting the ground.

The house with its volume and sculptural expression is a result of the room shape which has a principle of the square pitch where an angle of breaking and runs through the housing vertical opening between the two floors. The angle of the square creates a relationship between the room's conventional right angles and room divergent angles. It has been a principle of the rooms, a right and a free angle.

The entry level begins with a generous recessed entrance situation, a rugged outdoor space with a building's cornerstone of concrete and walls of stained plywood. Inside the upper level opens up through a stairwell that create an open connection between the two planes. Furthermore, a feedback occur through the kitchen through the dining room and the room that is supposed to be used as office or teens, rooms for rent with private entrance. The kitchen has a large airing gap over acting door and shortcut to the garden.

The staircase along the 7.5 meter high wall leads up to a common room shared by two openings. An elongated and low with the panorama logic Southwest. The second opening to the south creates a place and part of the living room into two natural parts. The living room can be divided to create additional room when needed. Room’s link on the top floor also has a circular motion against the sleeping quarters.

Facade and the cut outer geometry of the cube is treated with the same material everywhere, this is to emphasize the volume as a whole. The façade is a sine galvanized corrugated iron mounted on the exterior of the body healed the plate. Bent sheet metal parts of the same quality, the geometry allows a simple expression in terms of drainage, and two gutters running along the eaves tilt sling water in the air from the house into the stone coffins.

The window openings are made of VFZ steel frames that are fitted to the exterior of the body, energy glass glued to steel frames. Airing doors are made of aluminum and has a regular feature in the bedrooms which basically has a large fixed windows and a ventilation hatch, airing the outer door can be closed completely during the winter and then have a one-way flap with its louvered plate with rebate and steel frame edge. The inner cover is airing a standard cabin windows. This allows airing is good in winter.

The house consists of a modular frame system of sandwich construction, the construction itself is selected based on several parameters, and easy installation with fast construction time, low-energy construction in the factory, good insulation value, very good technical characteristics and a facade system that can be changed as needed or requests. 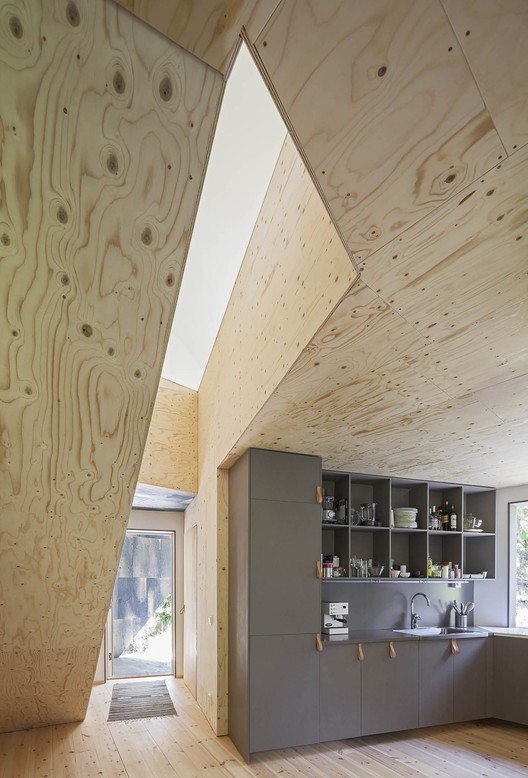