Save
Wicker Man: An Interview with Salvador Gilabert of EMBT
Share
Or
Copy

As one of EMBT's Directors, Salvador Gilabert has helped guide the realization of some of the practice's biggest projects in recent years – including as project director of Spain's 2010 Shanghai Expo Pavilion and the recently completed Barajas Social Housing Block.

Last month, he took a week out of his schedule to lead a project at Hello Wood, where – with an energy and intensity that was almost out of place in the relaxing surroundings of the Hungarian countryside – he led a group of students to construct an ambitious, screw-free elevated platform that emerged from a cluster of trees and offered views of the setting sun. ArchDaily caught up with Salvador Gilabert during the week to find out more about his work.

Read on after the break for the full interview 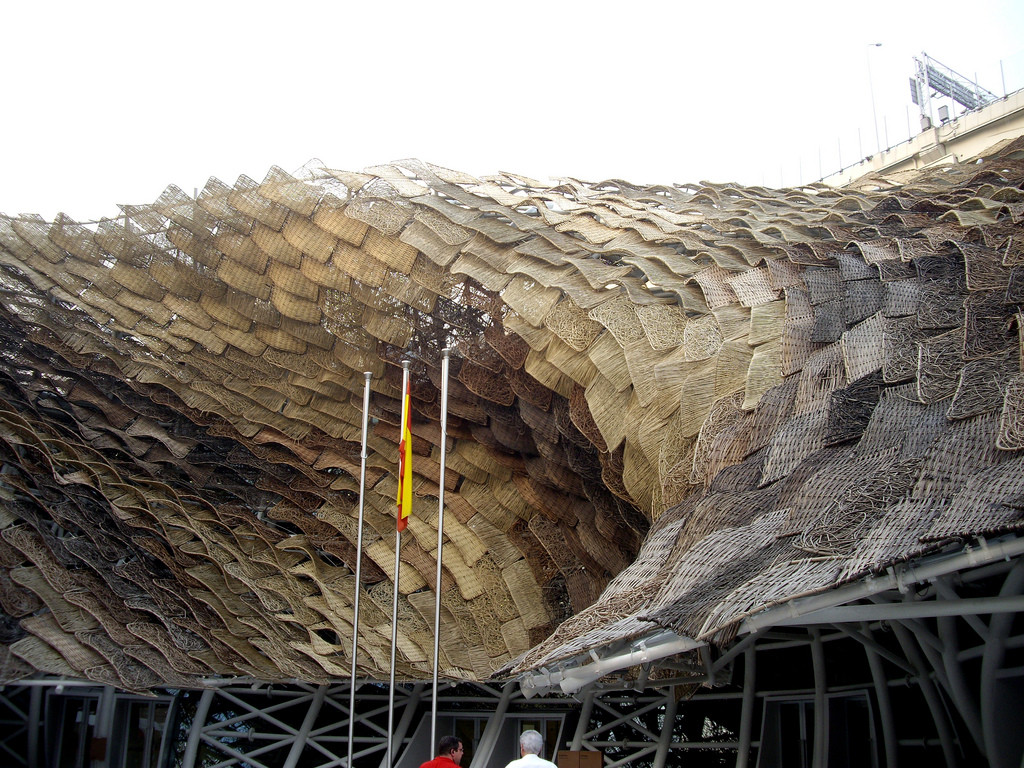 Rory Stott: First I wanted to talk to you about your work at EMBT, what's your practice philosophy?

Salvador Gilabert: The main philosophy is follow the process - it's a process that does not stop. Coming from the last project, or another project before, we try to develop this process every time. We’re not thinking about the final result, we’re not thinking about the final form. The main thing is starting from the place: the history, the orientation on the site, the environment, the sociology, if we are in the country or in a town. So, we take care of this and then we continue the process. For example, with the Spanish Pavilion at the Shanghai Expo 2010, we were working with wicker, and so after the Spanish pavilion we continued developing these ideas and started creating sofas and other items out of wicker. The Spanish Pavilion project was not finished once the Expo was over, it continued in projects after.

RS: What's your favorite project that you've worked on personally at EMBT?

SG: Ah, you can't say that! It's like asking who’s your favorite son.

RS: So there's not one you're particularly proud of?

SG: No, every project has different themes compared to one another. The Spanish Pavilion was spectacular, much more impressive, because of the material, the form. But the social housing was very nice because it was very cheap, and getting the project resolved in a cheap way was as important as getting a great building. Every project has something interesting and this is the philosophy we want to generate in our office - even the [wicker] sofa, for me was really important. It's really small and we lost money because we were spending a lot of time trying to get the form right, developing the seat to be comfortable for the people that use it and also so it worked for the company that was going to produce it. So every project is good, depending on how you focus on it.

RS: I'd like to ask more about your experiments in wicker, like with the Spanish Pavilion and the sofas. What appeals about wicker to you?

SG: Wicker is a spectacular material. The characteristics of the material itself means you can get the form that you want: it's really strong, flexible, it has amazing colors, a natural feel. Also it grows every year, you cut the branches and then the next year it's grown again, so it's really sustainable. It's a material that humans have been using for I don't know, 20,000 years, but suddenly it's starting to disappear. When plastics appeared in the 50s, they started to be used instead. So we wanted to produce things using craft techniques and show that it's sustainable, and it's possible to do great things with all items, all materials.

RS: Moving on to what you're doing at Hello Wood, one thing that strikes me about wicker is that you can make structures entirely of wicker. Is there any link between the work you've done in wicker, where you've been using one material, and what you're doing here where it's all wood with no screws?

SG: For sure - wicker is a kind of wood, I mean it's not as strong as other wood, and the feeling of the material is different from other wood, but it is wood. But the idea here was working with the hands, the students must use the same material for the whole project, without using nails or screws. We're using the wood for everything: for the joints, for the structure, for the floor, for the roof. It's the same philosophy as the wicker – in a different way because the characteristics of the material are a bit different – but it's the same feeling.

RS: What's the value, architecturally, of setting a challenge like you have, saying "we're only going to use wood" and then making the project conform to that, rather than saying "this is what I want it to look like" and doing anything possible to make that happen?

SG: I think the challenge is not to think about the challenge. Just decide that you want to do something with a certain process, follow the process and then the result appears. That's not the end, either, it's not like you finish in one week; it's never finished. Tomorrow we could be doing a house of timber, and today we're developing methods that could be useful for that. I think all of us at Hello Wood have learned every day from other people.

RS: What's the role of Hello Wood in promoting this kind of work, where people come together from all over the world and learn from each other and set challenges?

SG: For me it's the best workshop I've taken part in. The place, the people, the projects. The way we are all a community, it's a place where you can develop with everyone around you and that's helped by the way of living. It's good that everyone is able to spend time with each other and make friends with the people around them, because everyone is different and the best way to create good architecture is to work with others who have different points of view. It’s great - everyone comes together from different countries to just one place.

RS: So do you think the diversity, the number of countries represented at Hello Wood, is important for its future success?

SG: For sure, yes. You have to create some relationship with as many people as you can, because you can get different things that are really interesting from all different cultures. To come here it's like "wow, look at this!" because usually you're in your own world, which is fantastic, but sometimes, it gets a bit close. To open your doors, your mind, you get a lot from it.