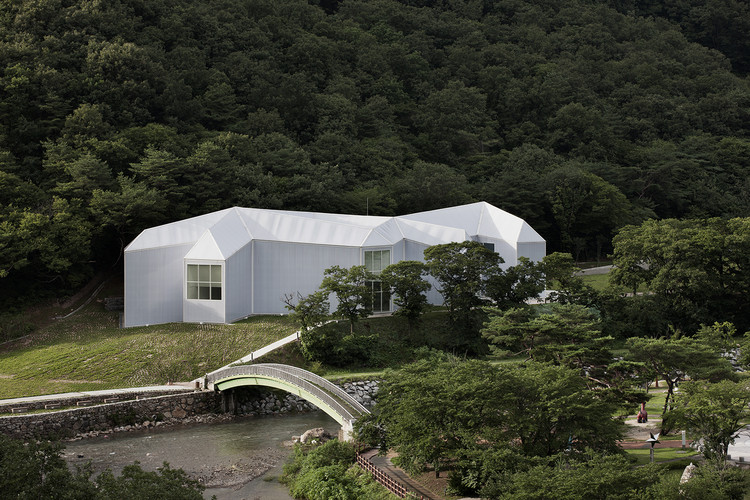 Text description provided by the architects. Chang Ucchin (1917-1991) is a preeminent painter of the Korean modern period. He was influenced by European pre-war painters as well as Korean painting. The museum project was initiated by the collaboration of the Chang Ucchin Foundation and the city of Yangju, 10 kilometers north of Seoul. The site is on the edge of a small mountain, at the meeting point of two rivers.

From the early days of the competition proposal, we focused on designing a specific space that would reflect the painting’s own character, rather than producing a generic, “perfect” exhibition building. Like the painter’s own art, we would avoid to propose neither a modern museum nor a Korean traditional image. Instead we started from a few selected paintings, describing abstract room images, landscape and animals (tiger, bird, tree and mountain), a house. Scattered rooms, in a traditional pattern, would then be weld together to form a body, floating in a painting like landscape, with a mountain background. The shape of the building itself present the ambiguity of simultaneously being an animal figure, an abstract sign, a traditional house and a labyrinth.

The program is simply organized on three levels; a looped circuit first floor that offers sometimes open views or steep mountain slope views, framed by plain exhibition walls and high ceilings. The second level is a succession of separated attic rooms in a semi obscurity that would be fit for paper drawings and small formats. The basement contains services, seminar rooms and secured storage. The whole interior space gives the impression of a labyrinth house where you never get really lost. It offers shadows and contrasted views, avoiding the feeling of being in a perfectly lit conventional museum space.

The façades are clad with polycarbonate extruded panels, which were chosen for their seamless weightlessness. White frame and plastic, in a style close to the local agricultural industry was the way chosen to avoid any monumentality or official reverence. The landscape is organized by the previously existing clearing, intervention is kept to a bare minimum; a few concrete walls and paths, the recycling of remaining walls, the preservation of the large chestnut trees that seem to thrive on this side of the mountain, the old picnic place maintained on the river shore. 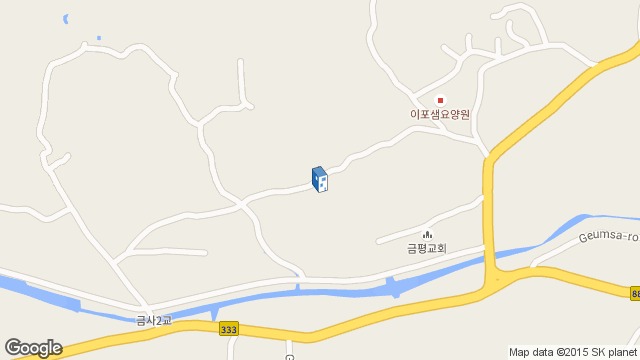