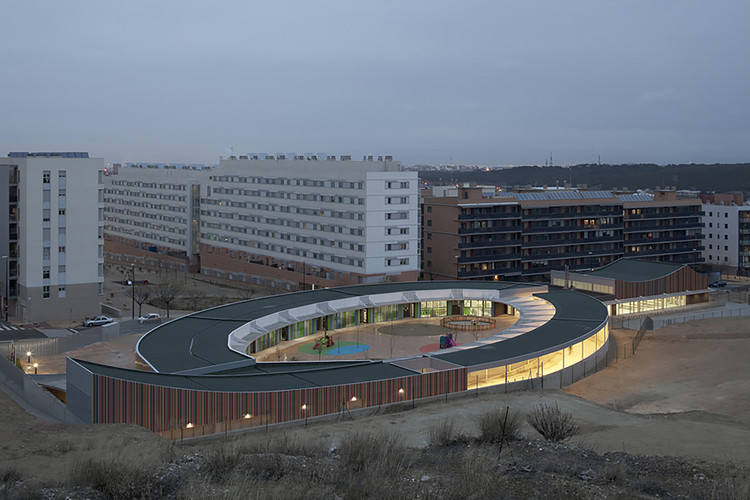 Text description provided by the architects. Valdespartera Ecocity is a newly built neighborhood located in the residential expansion south of Zaragoza. Ordination, which includes the construction of nearly 10,000 housing units, meets certain energy efficiency criteria. The plot is located on the southern boundary of the district, next to water tanks and the ring highway Z-40.

Given the proximity of these elements of territorial scope and serial volumetric rotundity of residential buildings as well as the total area of 60,000 m² of initial solar, for all scholar needs, and the topographic elevation of almost 20 meters in existing plot, it was difficult to relate the location with the scale of the main users of the future center: children. Therefore, the origin of the intervention is in the will to prepare and define the scope to hold the project, the notion of enclosure and its configuration, and the idea of building a place.

The organization of the center was also conditioned by the general criteria of preferred orientation south of teaching areas, with the provision of classrooms into the hillside, and the only possibility of access from the north side of the site, in the lowest point . The first task was to model the topographic slope in staggered horizontal platforms parallel to the ground, connected to each other, adapting to the slope to minimize earthworks and coinciding with individual outdoor access, play and relationships. The 9-units Kindergarten and the Dining Room are located at the bottom, closer to the access, while the future of Primary Education Center and sports courts are located in the upper bounds.

The need for a covered ramp to link the level of children's classrooms and the dining room becomes the chance of the project, to allow this element to complete the perimeter of the enclosure of the courtyard, which is not usually possible relying solely on the program of the center and south orientation of the 9 classrooms.

The configuration of the playground as an open from above and closed by their sides space, their oval and concave shape, is in answer to the idea that the project is initiated by setting a center around which the school is organized to serve the plot, and the creation of an inner and protected unit, independent from the outside, in contrast to the volumes of the residential blocks.

The project is characterized by its horizontality, by the definition of the platform floor and the importance and extent of the roof, which forms a broad continuous porch into the yard, supported structurally in tension with cantilevered decks at the top. When projected to the outside by the porch continuum becomes more intense the horizontal relationship with the outside center. The roof becomes a planar, homogeneous and continuous, with a significant presence, which channels the vision outward, beyond the classroom, as a link with the landscape.

The presence of the building material with a coating of aluminum extruded tubes in different colors, like a fence that suggests the idea of school as a continuous wall with child and the entire center and an area set up outside, sheltered and protected, located inside the enclosure: the courtyard. The height of the enclosure rises in the lobby and dining room, identifying the entrance to both buildings. Inside, linoleum floors in the classrooms and resins pavement in the areas of movement and sound-absorbing ceilings laminates characterize the finish, looking for the continuity of the horizontal surfaces without joints, like the concrete on the floor and ceiling from outside. 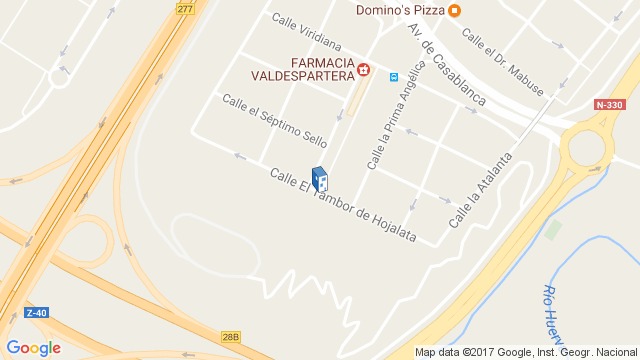 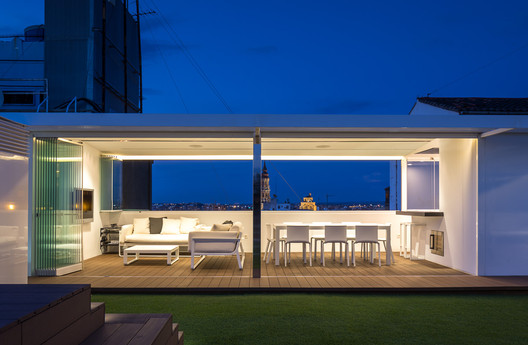 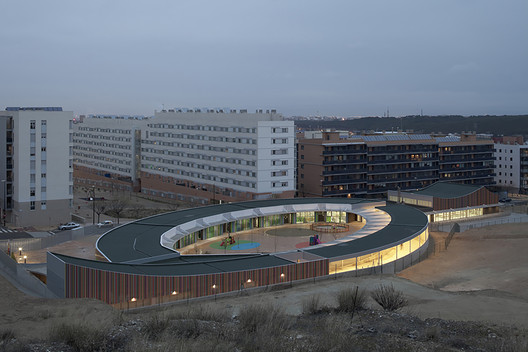