London based firm McDowell+Benedetti has recently announced that their design for a new 180 metre footbridge and improved rail station in Terni, Italy, has begun work on the site. A future landmark for the town, the £3.5 million (€4.4 million) project promises to provide an expanded commuter hub for the area with connections to fast trains to Rome. Learn more about this project after the break. 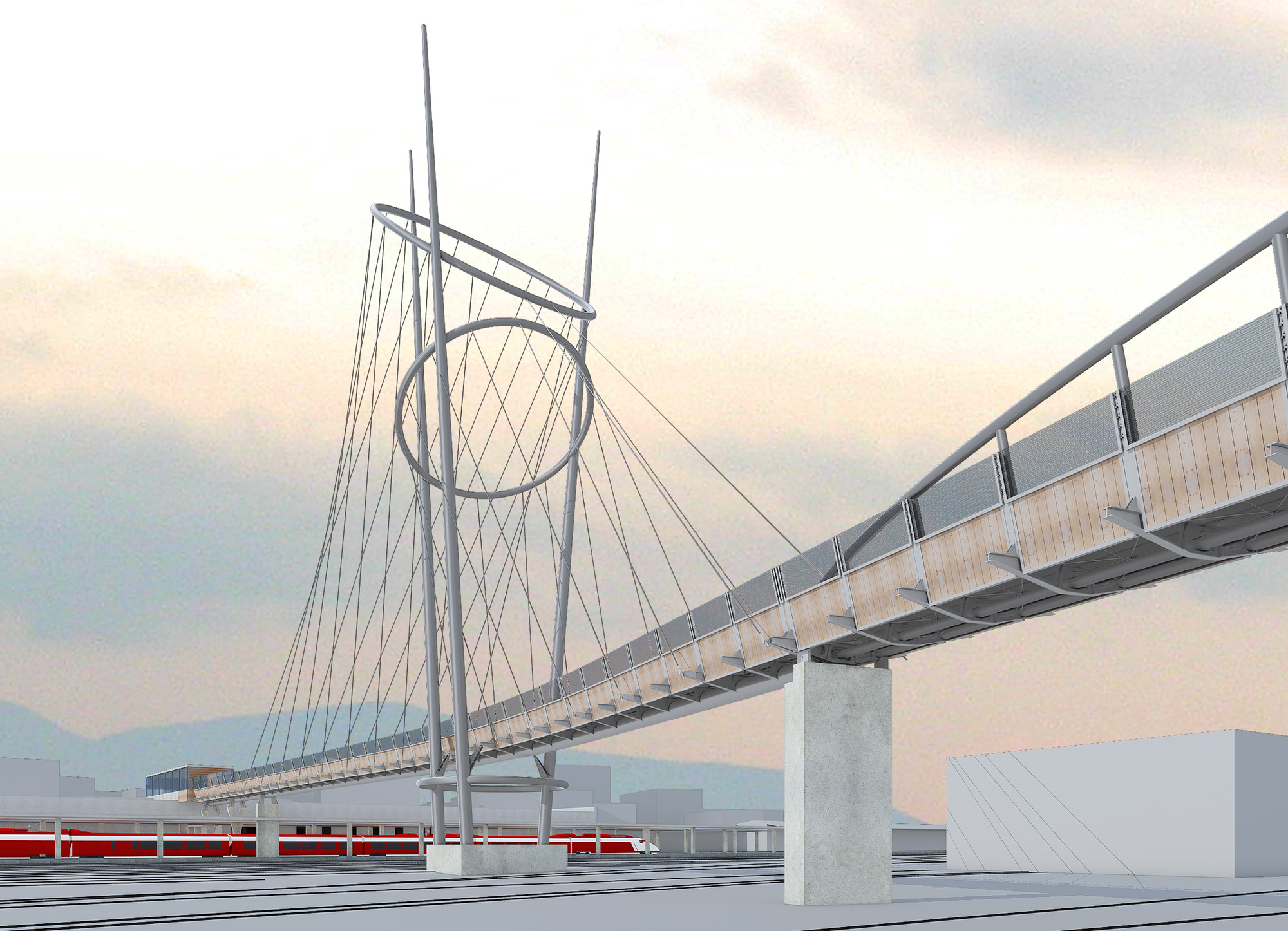 McDowell+Benedetti’s design was the winner of an international design competition in 2012. Its most notable features include a 60m tall inverted “tripod” tower and two rings connecting the cables that support the 120 metre main bridge section. This tower will become an identifying feature of the station and will be visible from the historic town center, ring road, and the nearby Umbrian Mountains. Additional design features such as a 60 metre section supported by a repositionable truss allows for the bridge to respond to future growth. This flexible scheme for the smaller portion of the bridge was derived from the firm’s long-term master plan which identified a future need for another bridge nearby.

The bridge's form and material choices were derived from the local context and influenced by Terni’s steel-manufacturing history. The timber deck and balustrades provide a warm natural contrast to the steel structure, with the surface of the deck enabling views to the surrounding mountains. Under-handrail lighting is provided in addition to under-lit translucent strips that rhythmically break the path along the bridge. Illuminated at night, the tower becomes a dramatic feature in the landscape, rising far above the gently curved line of the deck.

In addition to the pedestrian bridge, the scheme includes significant improvements to the existing station facilities. To improve the commuter experience within the station, the design incorporates a pedestrian connection between the bridge and the station as well as enhanced circulation to support more passengers. A three story atrium space with a clerestory will be a central feature of the station, and will function as a 24-hour area that is accessible to the public.

The project is scheduled to be completed in 2015. 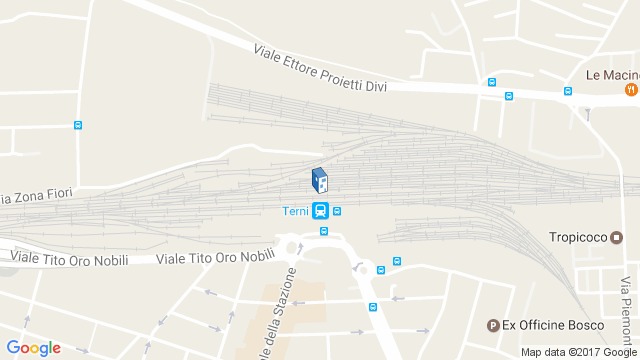 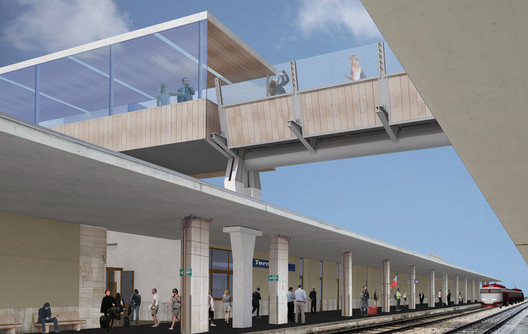