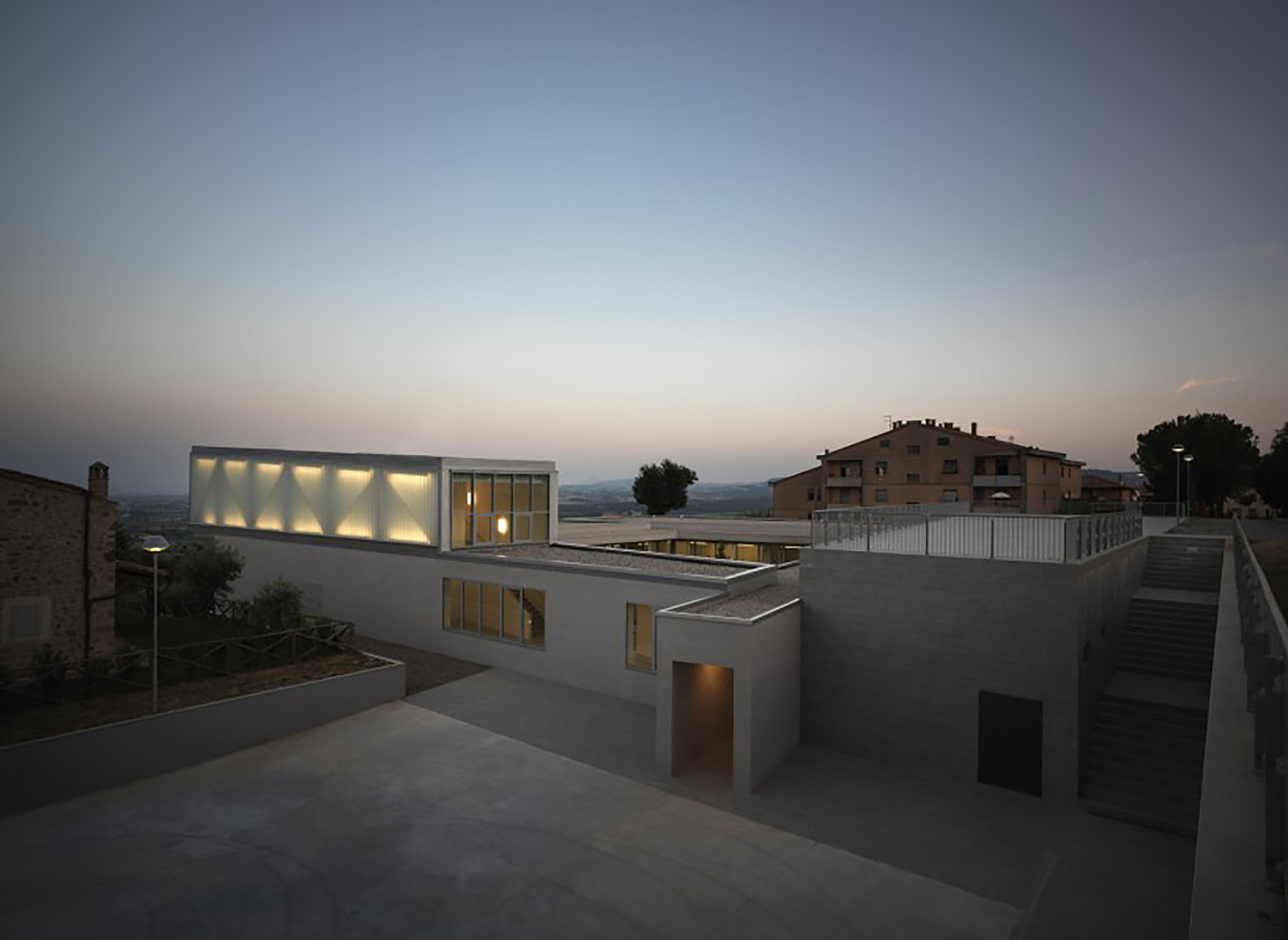 Text description provided by the architects. The analysis of road junctions and functional expectations of the priority and inevitably had to face the need to create a functional organism between the existing and the new elementary school kindergarten in a unitary system which still allow the two to maintain their own autonomy management despite being intimately connected, fitted together, in this symbiosis formal able to become tangent to flows traveling public without getting cross by themselves.

In this conjunction the elementary school undergoes a compression on the eastern front to allow for the improvement of roads to and from a new public square of access to the new school complex. The shape of the lot is characterized by a very pronounced difference in height, about 18 meters away from the upper street and the lower one directed us to a structure that was partially embedded in the hillside and partly stretched and anchored to it.

The altitude imposed inevitably a reflection on the way we relate to a land so unconfortable to accommodate a primary school which by its nature must be able to develop on one level or second units easily overcome with a minimal slope of the ramps. Not being able to develop the building on one level from the entrance fee we had to take a second lower altitude that could accommodate on one floor of the six sections and at the same time could relate properly to the built environment by avoiding carry-ground disproportionate.

From a compositional point of view the new school was conceived as a pure and elemental as the square, which work with carvings and changes of heights is going to outline was carved inside the various functions of which it is composed: canteen services for faculty, connecting corridors, classrooms and laboratories. The only volume to a higher floor is a multi-purpose hall and the only "foreign" element to the square, but it goes in this way to define a function released by 'use purely scholastic going to be defined as a public place.

The name of the school, "the whale", refers to the discovery during the excavations of a 9mt long fossil whale dating back 35 million years ago. 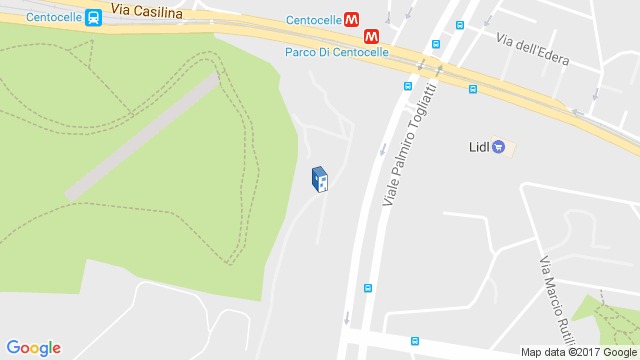