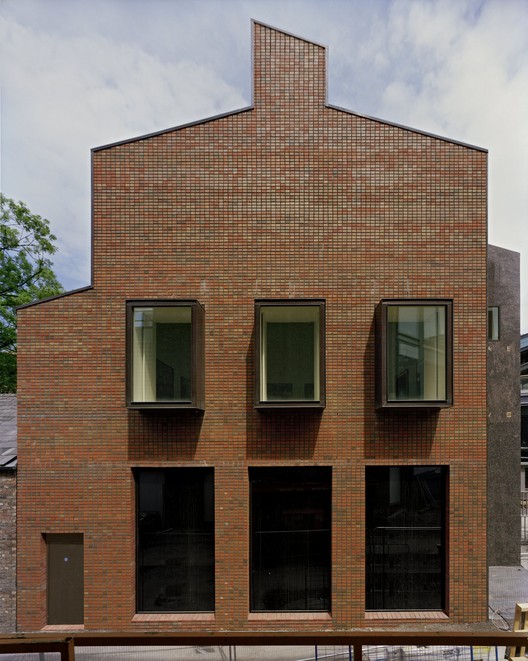 Text description provided by the architects. The historic Bluecoat Chambers in the heart of Liverpool’s retail district has been revitalised and expanded as part of a £12m redevelopment project. The project plays a significant part in the regeneration of Liverpool city centre. The design sees the Grade 1 Listed building (the oldest building in the city) carefully restored and a new 2250 m² extension built - a new performing arts wing - housing a 200-seat performance space and art galleries. This new wing re-establishes the form of the original school. It restores the Queen Anne H-shape layout, completed in 1717 but lost during heavy bombing of the city during world war two.

The central concept of the design is a reciprocal approach to conservation with old and new motifs closely entwined. biq brings English motifs like the bay window and the terrace house into the 21st Century – the new form repeats a brick terrace and the rhythm of the windows echo but do not imitate, the ones on the original Queen Anne style façade. In the same way that the new extension has resonance with the original building; elements of new architectural detail, such as modern aluminium frames, can be seen in the old building.

This approach, where the old picks up the new, is continued in the interior design. The old interior has been stripped back to its basic form with the walls painted white and the woodwork painted black – producing clean lines and stark contrasts that serve to highlight, not to ignore, the original features.

The building is defined by a limited range of materials and a restrained palette – richly coloured stack-bonded brickwork, oxide copper roofing, cast concrete polished floors and door frames, European oak panelled doors, and bronze fittings. The result is materially true to its construction, strongly reduced in architectural expression, perhaps even monastic in outlook, whilst referential to the tectonics of the original structure.

The building has changed continuously over the years and biq designed the extension as a continuation of the buildings’ historic development that has seen a generation of bricks over the years. biq made a deliberate decision to use bricks but chose a modern rough brick, stacked in tile bond and only laid in one direction to form a grid pattern. The short facades only show the headers while the long facades only show the stretchers - one of the most visually striking features of the building.

The new extension features a gable roof that sits above the first floor performance space, itself a closed box, which overhangs a new colonnade at garden level, punched through with regular rectilinear openings. It has views out over the garden but can also be sealed off and will allow performances to occur in complete darkness or with natural light

The exhibition spaces in the new wing are organised along the garden’s colonnade. This ‘secret garden’ has been enhanced and improved, whilst retaining its special quality as an urban oasis and place to relax in the heart of the city. The cobbled front courtyard has also been restored.

The gallery walls and ceilings are conceived as large picture frames. The concrete walls are recessed with a plasterboard infill creating a square within a square. The resulting plinth and cornicing contain the services. The recesses in the ceiling conceal lights and also help with acoustics by absorbing sound.

The architects discovered 29 different floor levels in the original building. It was a challenge to remedy these different heights to meet current access requirements. biq’s approach was to introduce two new vertical circulation cores that consolidate the different levels. The architects made the decision to remove some of the old structure so that it could be more easily integrated with the new. Now the circulation routes are clear and all levels can be reached by lift.

The re-organisation of existing spaces and creation of better disabled access throughout will be complemented by new retail spaces, improved function and meeting rooms, cultural business offices and arts and crafts studios.

The crux of the whole re- development is where old meets the new; a three-storey void vertically organises reconfigured studio spaces to the new wing. Designed to be inanimate in programme, the soaring space serves to present the user and visitor alike with an explanation of the connection between new and old.The architects also designed much of the building’s furniture, including multi-functional gallery modules and the Bluecoat’s own office furniture. 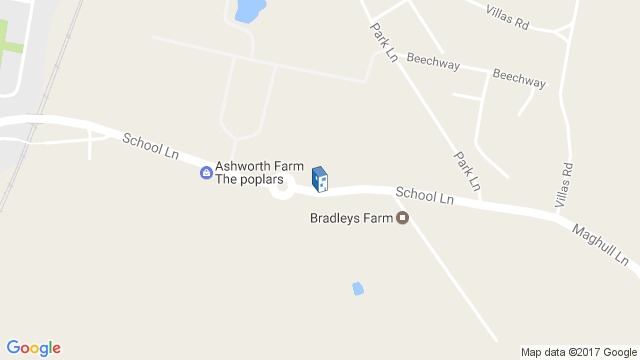