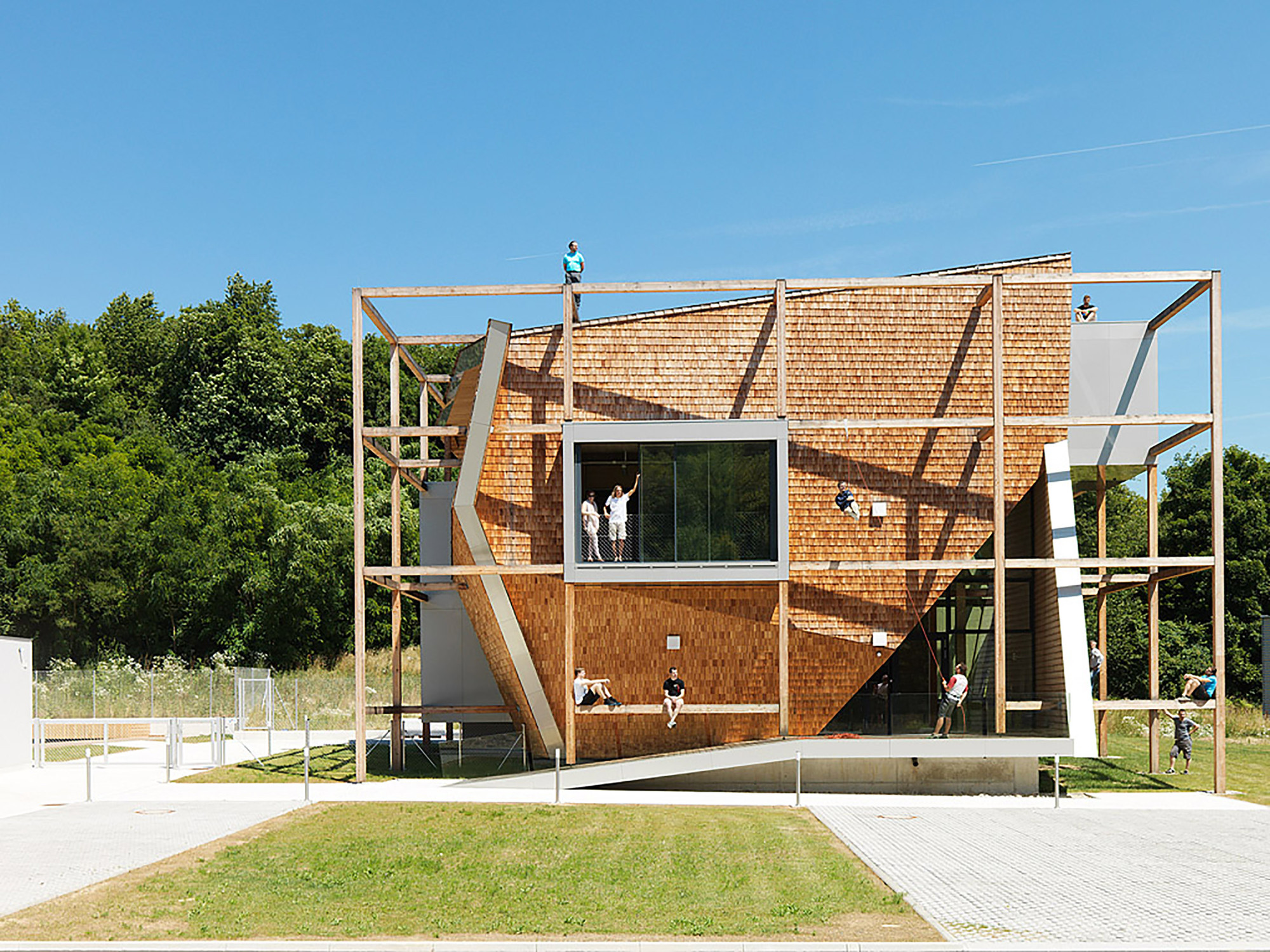 Text description provided by the architects. The architect’s office heri&salli from Vienna designed in Burgenland/Austria on behalf of the façade design company “FOB-face of buildings” a new office building made of wood. Though normally a place dedicated to “work”, from the beginning the concept of quality of life and leisure culture took a mayor part in the planning. The traditional aspect of “going to work” therefore has received minor consideration.

Integrated meeting points, attached living and relax areas, as well as a gym, a fire pond converted into a swimming pool, common areas outside and a climbing wall in the 3 floor high entrance hall try to embed the task “work” in a living environment.-Office Off By considerating modern energetic and technical solutions which aim to reach energetic independence the building achieves a sustainable and economic reference to its environment. It was very important to embed the building in an equilibrated ecological relation with its inhabitants.

From the material point of view a compressed climate envelope was integrated in a spatial grid structure, departing from the boundaries of the property as a plane piece of land. If we understand and use the grid structure as a spatial possibility of a functional expansion, the shell is a kind of membrane lying in between, that is broken again and again, without leaving the outlined area. At the blurred borders of the shell, similar to cracks, as well as through purposefully arranged cubes light filters into the enclosed interior. All interior furnishing like work-tables, conference tables, shelves, wardrobe, etc ...including sleeping bunks was designed individually.

The whole construction of the building was realized with wood, in the interior spruce, on the outside larch and for the roof Canadian pine wood. Parts of the cubes were covered with Alucobond. The horizontal axis measure for the beam and support construction was erected on a 5x5 m grid with an internal disc-shaped core made of solid wood panels. For the first time the elevator shaft is lying, corresponding to fire resistance properties, in a core of wood. The shell on the outside was built of prefabricated stable panel elements made of timber frame construction. The visible support and beam construction defines the basic grid of the building extension and can be used as mounting aid for façade prototypes, climbing scaffold and if necessary as supporting structure for sun sails in front of big glazing.

The energetic and technical concept is aimed to achieve energetic independence, as far as possible and sensible. With a wall mounting of 52 cm the shell achieves a very low heat transition coefficient. The whole building has a heating performance of 15KW.

A log-wood heating system is supplied by the farmers of the surroundings and 2 times a week refilled by the employees. From the building-physics point of view the average demand for wood was about 40- 45m3 per heating season. The actual need after one year was 14m3. In the summer months the building is regulated by night cooling. By means of a BUS system the sliding windows of the cubes are opened and closed depending on the outside temperature.

The forest slope behind the building delivers fresh air to the building whenever needed; this effect can be optimally exploited. The use of triple glazing sliding system-Schüco (unique in Europe) reinforced with fiberglass profiles ( heat transition coefficient 0,5 W/m2K ) regulates the necessary cross ventilation. Already before the construction phase wind measurements have taken place. During the day CO2 values are measured all over the time, and if required the room air is changed and the staircases are ventilated by parallel hinged windows. Further the system is monitored by a weather station.

85% of the roofs are covered with photovoltaic plants. The produced electricity is used directly in the office rooms, but also saved for emergencies. Only the remaining excess is transferred to the public network-therefore the building is operating power-autonomous. The swimming pool is heated by the excess heat from the cooling system and on the other hand the server is cooled with the water of the fire pond. Rain water is collected in a shaft and if required can be introduced into the pipes.

Already during the planning phase the employees of the company were included in the conception and possible additional values of a “worklandscape” were explained to them. This was considered also in the already mentioned additional leisure functions and can be seen as most important work philosophy of the company FOB.

A gym was financed by the employees. Eventual rents for the studios are going to cover the construction costs in the foreseeable future. Already existing company cars, if changed, will be replaced by E-cars. Employees that live in the surroundings of 10 km will get bikes.

The remaining area of 5000m2 green space will be used to create a vegetable garden including the keeping of animals (donkeys, sheep, chickens, gooses,...) realization is foreseen in 2015. The farming will be done after consultation also by the employees, in consequence they have access to the harvest, the necessary effort will be 2 -3 hours a week for every employee. 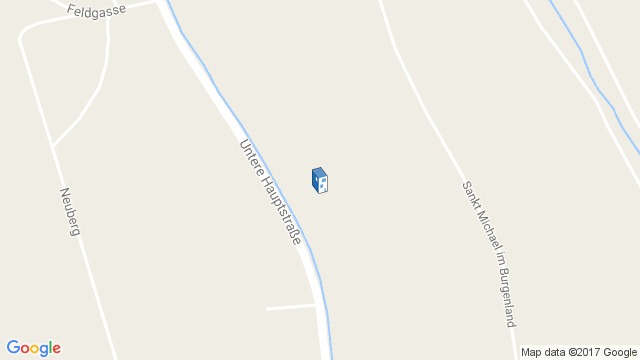