Every year as the weather gets warmer, millions of visitors flock to music festivals around the world. Fans often have to brave the elements and sleep in tents to attend such events, and if hotel rooms are available they are usually in short supply. However, the B-AND-BEE camping concept may offer a smart alternative. 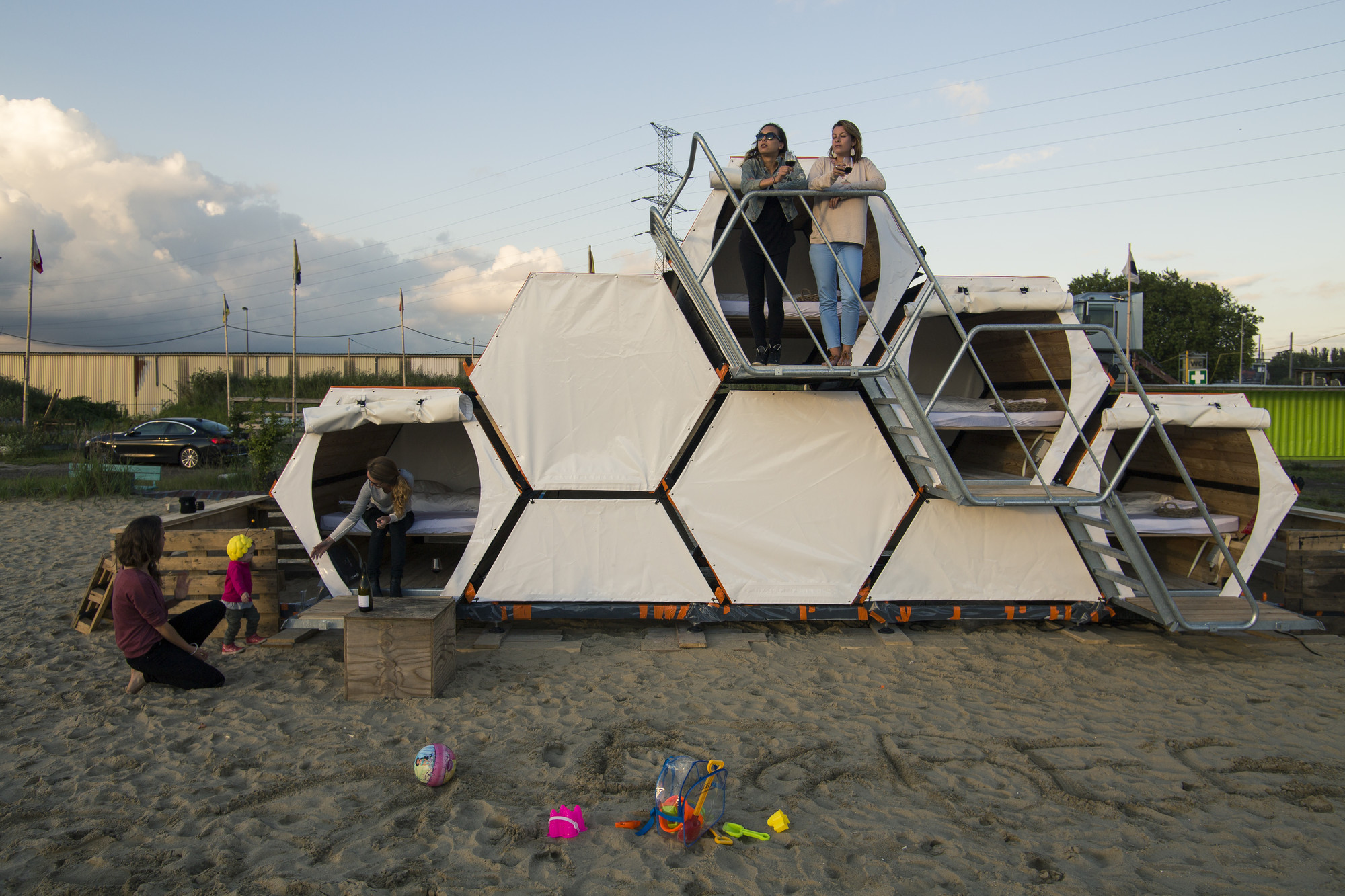 With beehives as the inspiration, the design uses a stacking system of hexagonal pods, which creates a small footprint and offers amenities not found in tents. Each pod is constructed of a metal frame and timber cladding, with both ends enclosed by a waterproof fabric. The interior has an area for luggage storage, a locker, a light, and even a power supply. The king bed can be transformed into a lounge seat, and with the fabric panels removed the pods can become comfortable seating areas for viewing concerts during the day.

Designed and built in Belgium, the B-AND-BEE project began after two design firms, Compaan and Labeur, won a creative competition in Antwerp. They then teamed up with Achilles Design and One Small Step to subsequently win the CICI innovation scholarship and begin a year of design development, prototyping, and testing. The process began with focus groups to determine what festival lovers wanted out of their experience and how the spaces could best meet their needs.

An important feature of the design is flexibility and its ability to be deployed in various settings. To make this possible, their product service system includes transportation, operation, and maintenance. Because the stacking pods allow for greater density than tents spread out across a campsite, it’s possible that they could be utilized at festivals in urban areas with space constraints. The team also hopes that their concept will improve festivals from an environmental standpoint. In addition, various street artists have been commissioned to paint the sides of some of their prototypes, making the sleeping pods an attractive public addition to festival grounds.

B-AND-BEE’s first pilot project was launched at DOK Gentse Feesten this summer, and the team hopes to utilize the feedback of users to finalize technical drawings and begin mass production in fall 2014.