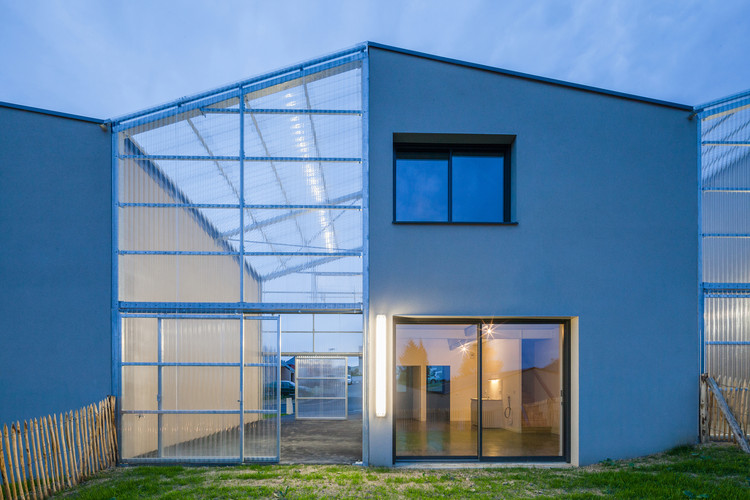 Text description provided by the architects. The subject is simple: To do a project of 15 housings at the entrance of the little town of Riaillé, Loire-Atlantique, France.

The subject is complex: How to surpass the global and particular production context of the project to propose generous housings, vectors of using value, at 1 250 €/m² of living area?

We could describe the project standing back and observing from a distant view. We then see the entrance of the town, the houses relating to the archetype “a rendered façade and a sloping roof”. The project is a part of a painting and inserts itself in the landscape with its materiality, its color and its tones. But the analogy is not confined to the mimetism. By its composition, it proposes a variance to the present model. Indeed, the occupation density of the plot is higher than those we can see in the neighborhood. This density is ordenanced in a regular composition which structures the landscape of the village’s entrance. Finally, when we look closer, it appeared that the bigger houses associate apparently traditional building and a light structure of winter garden.

As if the project was operating a collage of the foreground and the background of the landscape observed, the agricultural shelter associated to the pavilion. This set reformulated in a more precise, singular and contextual way, operates the synthesis of the present elements.

The plot is located at the west entrance of the municipality. It is bordered, to the south, by the parking lot of a retirement home, to the north by a subdividion, to the east by a meadow and, to the west by the Sophie Trébuchet boulevard. Among those 15 housings of the program, 10 are subjects of an agreement with the CARSAT and are dedicated to elderly.

We proposed a road system with an access from the Trébuchet Boulevard and with a road running parallel of the west and north plot limit, in order to not reduce the dimension of the plot with road of turning manoeuvre. To the north, a connection with the subdivision is operated. The road network is achieved, necessary tool to an urban continuity of the municipality development.

The housings are organized in 3 lines of north/south houses. A frontage road serves the B and C strips. The housings for elderly are located on the lower part of the plot. The retirement home is accessible by paths with a light slope for residents who would wish to use the establishment’s services.

For families, the housings of the A strip are associated to the subdivision of which it is a kind of orderly conclusion.

The entire project has been elaborated by a rational constructive thought. This approach is a tool which has permit to provide the possibility, with a low budget, of a volume generosity, complementary spaces, openings and light. This generosity is applied differently depending of the type of housings. We begin with the specific use of each housing to choose the volume, repartition of surfaces, of the garden’s shed or the winter garden, which one was the more pertinent increase. If the entire housing s trough north/south, we can distinguish the T2 and the T3 whose living room/ kitchen are also trough, of the T4 and T5 whose, if they are not opened to the north, see their living room opens itself on a garden but also on a winter garden.

For the openings to be a factor of living quality, we worked on the notion of intimacy in plans and sections. In plan, we disposed the T3 to the north of the frontage road, using the additional bedroom created by the T2 base plan to create a game of sawtooth, putting to distance the bay windows of the living room opening to the south.

The plantation (one tree per plot), the dustbin sheds, the technical boxes or the mailboxes are filters breaking the transversality of the housings’ views. In section, the level difference between an upper strip and the one on the middle permits to break views. It shows the trees canopy boarding the site to the south, to the residents who enter by their winter garden, and offer a crossing view upon their own planted slope.

We operated a depth work on the housing distribution, respecting the rules of accessibilities and sanitary laws, which make obligatory 2 doors between bathrooms and living room to propose generous bedroom (16 m²) for the elder’s houses. Considering that this room has an important use value for a population which can be lead to be bedridden, we proposed generous spaces, easily furnishable and appropriable. 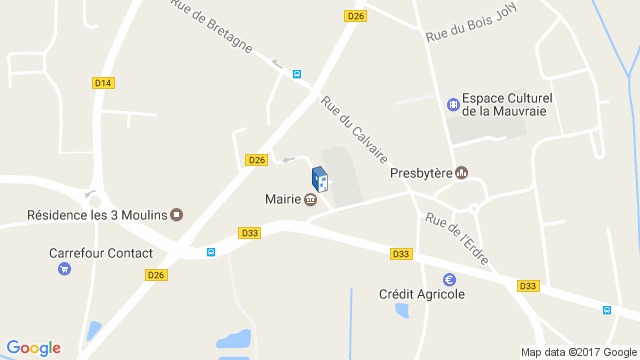 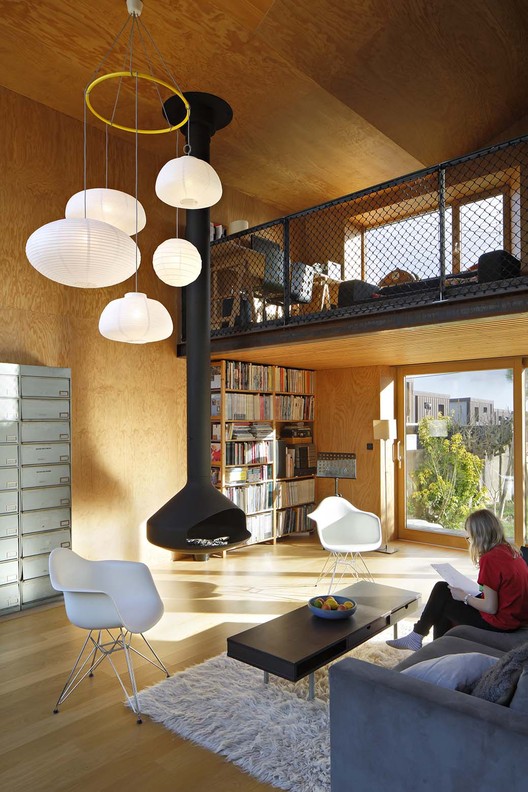