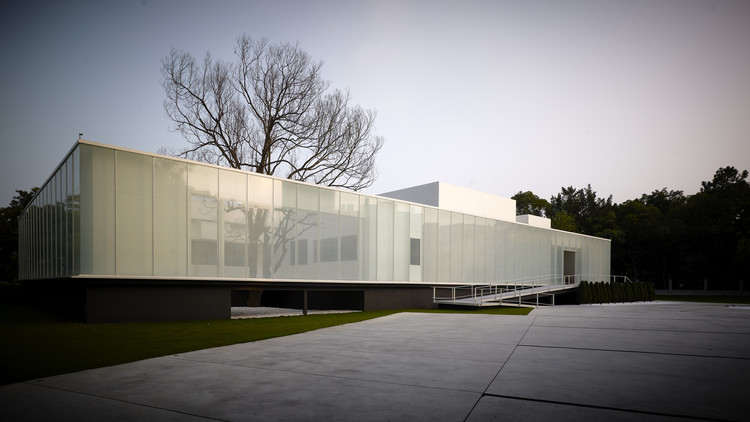 The site is located by a lakeside park surrounded by the forest in Chu-pei, Hsinchu County. Facing the lake in front, the building extends its space into the nature and captures the greenery into the room through its glass panels. To facilitate a better view, the designers raise the house one meter higher. At night, the glass box transforms itself into a luminous cube floating on the water.

The rooms in the plan seem randomly scattered. However, all of the rooms center around a huge cube suspended from the ceiling in the lobby. As the rectangular cube extrudes along the ceiling,  and transforms into a floating pyramid in the sky, it invites direct sunlight into the space. Scattered around the open space at the lobby, the spherical lamps create an abstract cosmic atmophere.