The project consists of a 605-foot condominium tower -- the tallest residential project on the West Coast -- and an 850-foot hotel, residential and office tower. Together the two towers will add more than a million square feet of flexible office and commercial space, as well as 650,000 square feet of residential units to the Transbay Area.

View more images and learn more about the design of the "First and Mission" project after the break... 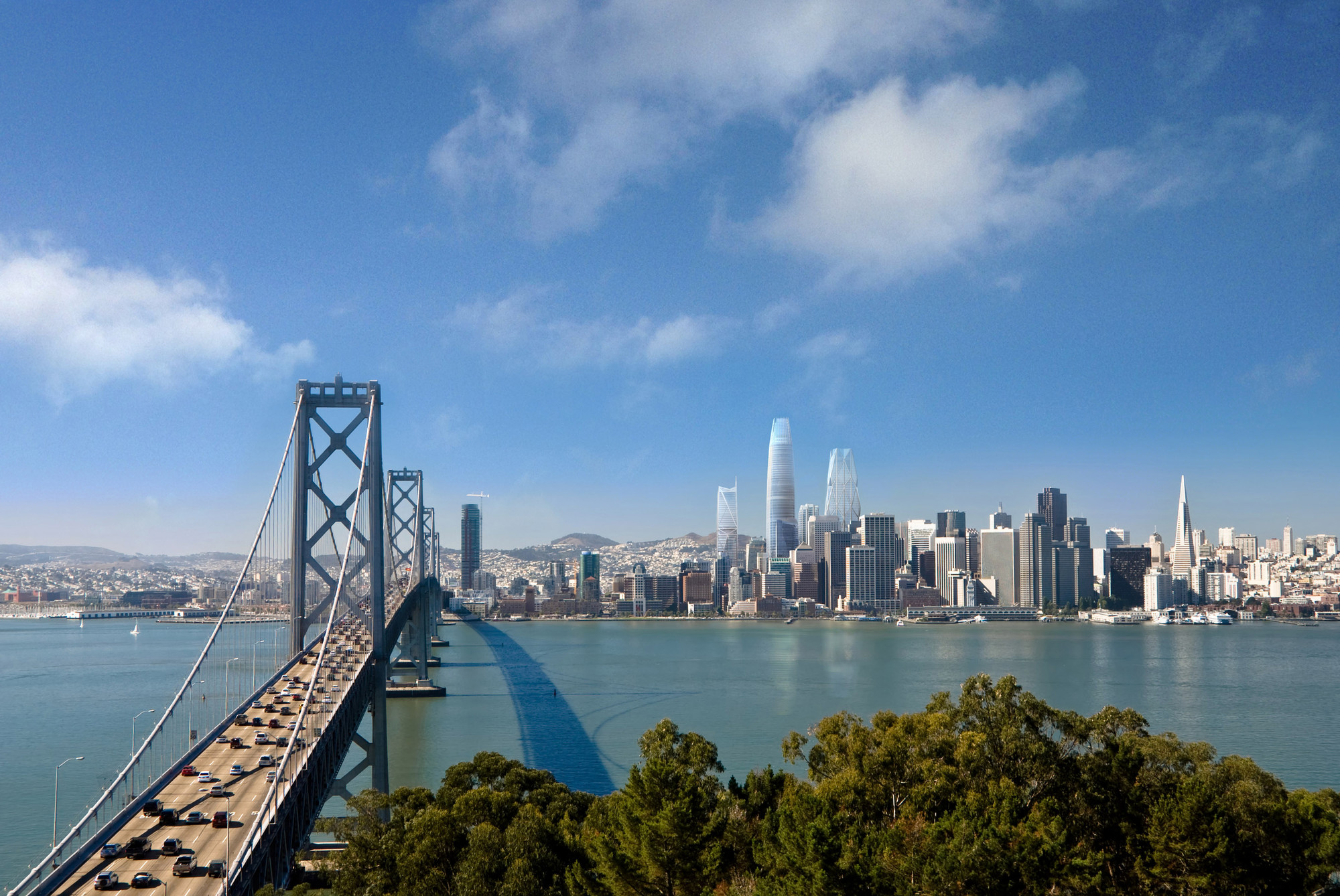 “The 605-foot residential tower reflects the scale of San Francisco’s existing tall buildings, while the 850-foot hotel, residential and office tower rises above it as a symbol of this new vertical city quarter,” Foster + Partners wrote in a release.

Another key element of the project is the open design of the ground floor, which is “open, accessible and transparent.” The design includes pedestrian routes and plazas passing through and around the towers and nearby buildings, connecting the towers with their urban surroundings.