Save
Conversion of a Chapel in Bern / Morscher Architects 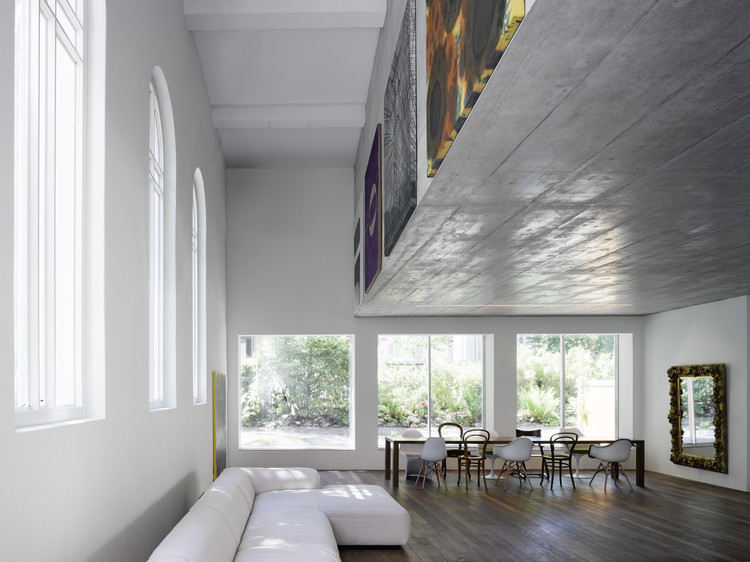 Text description provided by the architects. In the former Luke Chapel - built in 1924 as a Bernese district church in the Art Deco style and completely disfigured in the 70s – are now built 2 new homes. In order to keep the floor free of supports and receive the light oft he generous church window, the upper apartment was hanged as a concrete box in the two-storey former church.

The once closed south facade could now be opened with generous sash windows and cantilevered balconies to the quarters and to the garden.

Both apartments were equipped with a simple Minergie ventilation, which is perfectly integrated in the interface between living and sleeping spaces and fresh air is introduced by linear diffusers.

Where previously the pastor preached at the altar and where the organist played hymns, is now the kitchen - food is cooked and cheerful children's laughter rings out.