Over the course of nine months, graduate students at the Strelka Institute studied the urban landscape of Moscow and the daily routines of its inhabitants, focusing "on new, little-noticed, and as-yet unresolved contradictions." The main goal of the projects was to come up with solutions that could be applied in practice.

The research projects, collectively entitled "Urban Routines," were presented at the end of this past June at the graduate show. Program director David Erixon said that while the theme might seem naive, "when you start looking at seemingly trivial things in a new way they are not so trivial anymore." For details about the individual research projects - covering Cars, Retail, Dwelling, Offices, and Links - keep reading after the break. 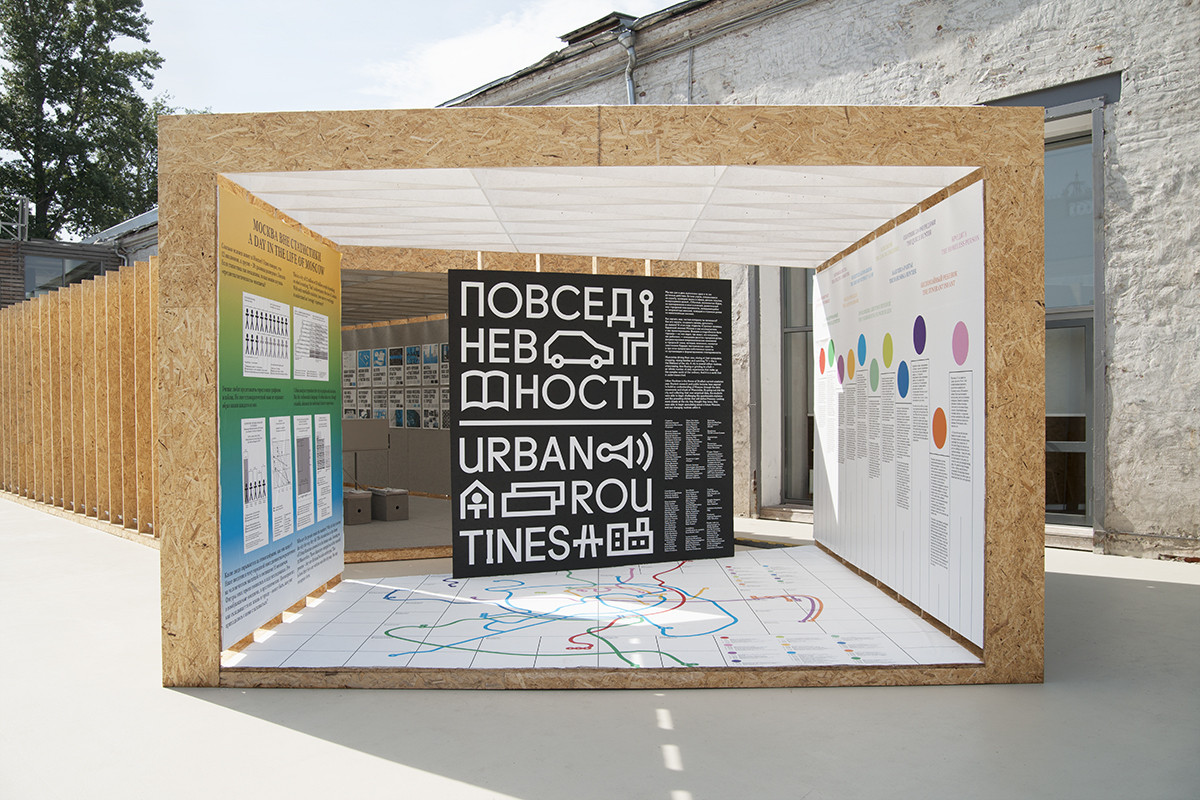 Giulio Margheri was part of a team that studied the Moscow Automobile Ring Road. They found that the road, over the course of twenty years, had turned into a destination rather than a route, going from having two gas stations to thousands. This inspired them to title the project "From circulation to destination." The final chapter of their project imagines the future of the Moscow Automobile Ring Road and proposes strategies to increase mobility. Among these proposals: "a separate line for buses, parking space for those who live in the outskirts of Moscow to leave their cars and switch to the public transport and also a proposal to link the big shopping malls in this area to the main avenues of Moscow so that people could avoid using the Ring Road altogether."

Anel Moldakhmetova's group looked at the inadequacy of temporary dwellings in the city. They propose that any hotels created for fans to watch the 2018 World Cup in Moscow should be transformed into temporary dwelling afterwards. As a part of their solution, they "came up with a hybrid model that combined a flat, a hostel, and a semi-detached house."

Learn more about the other groups' research - including a vision for Moscow in 2041 - here.