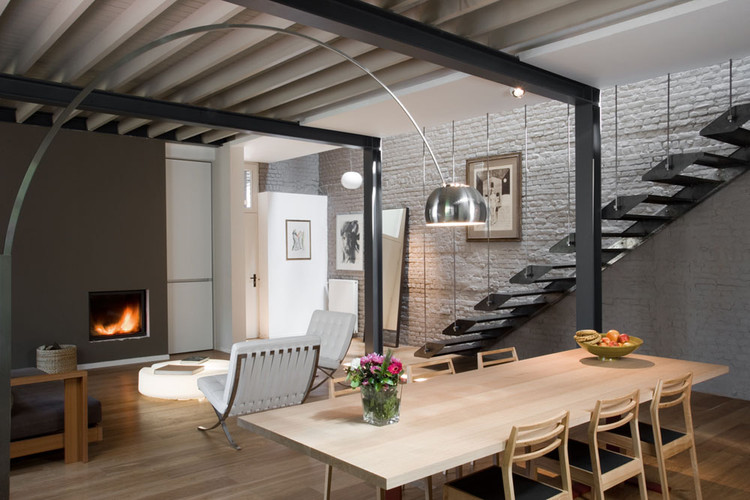 Text description provided by the architects. The project take place in an atypical urban environment for a town like Brussels where row or town houses in a well aligned facades are rather the standard. On the left side, the Léon Cuissez street has different scales of buildings and some unusual alignements. From multiple storey apartment buildings to small houses lost on the background as a witness of old discontinued urban outlines.

Formerly, the place was a carpentry workshop that became neglected during the last 20 years. At the very beginning, this wall was just a protection between the private property and the public space, a fence wall. It was just 2m high with no other utility than to separate. The existing volume was constructed around 1930 by raising the main elevation over the existing fence wall and completing the volume enclosure behind it.

The project guideline was first to play around this blank wall and to keep it as it is. To erect such a wall in an urban space is something difficult to vindicate. In this case the wall is used as a binder from the left, with the one level houses on the back, to the right, with the higher apartment building.

There were no certainty about the foundation of such a wall.It was decided to create a new steel structure inside the volume that would be at distance of these existing walls. Any other intervention would be based on this principle of "distance".

The facade of new part with the suspended cube on the right, is a result of the structure's extension. The structural grid in steel is filled by a wooden frame. The facade is expressed backwards the existing blank wall.

In order to emphasize the attitude towards this brick wall, a stair is backed on it and animated by an overhead light, offering different atmospheres during the day.

The second guideline was to relink this unordered urban space. The new "skyline" of the project is made of different in a row of "step volumetry".

Levels are open spaces, but each have connection with closed rooms in order to make privacy possible.

Material treatments are chosen to break the frontier between the inside and the outside. These materials like steel, zinc, wood or coating are used in both situation in a fluid continuity. 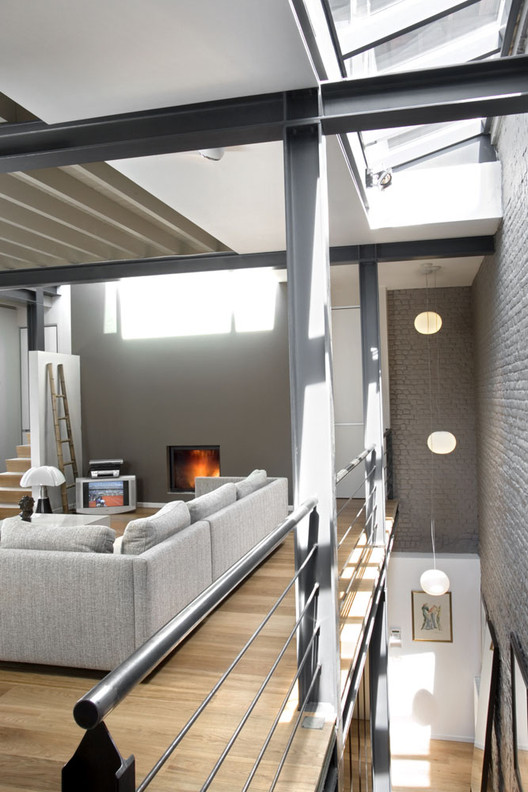 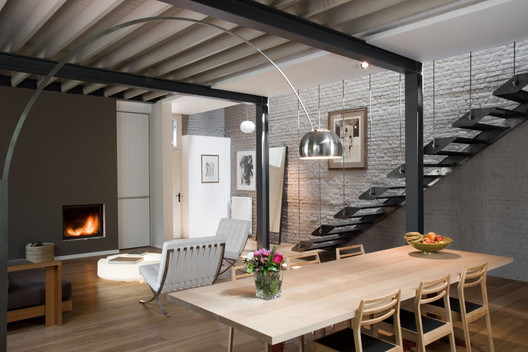