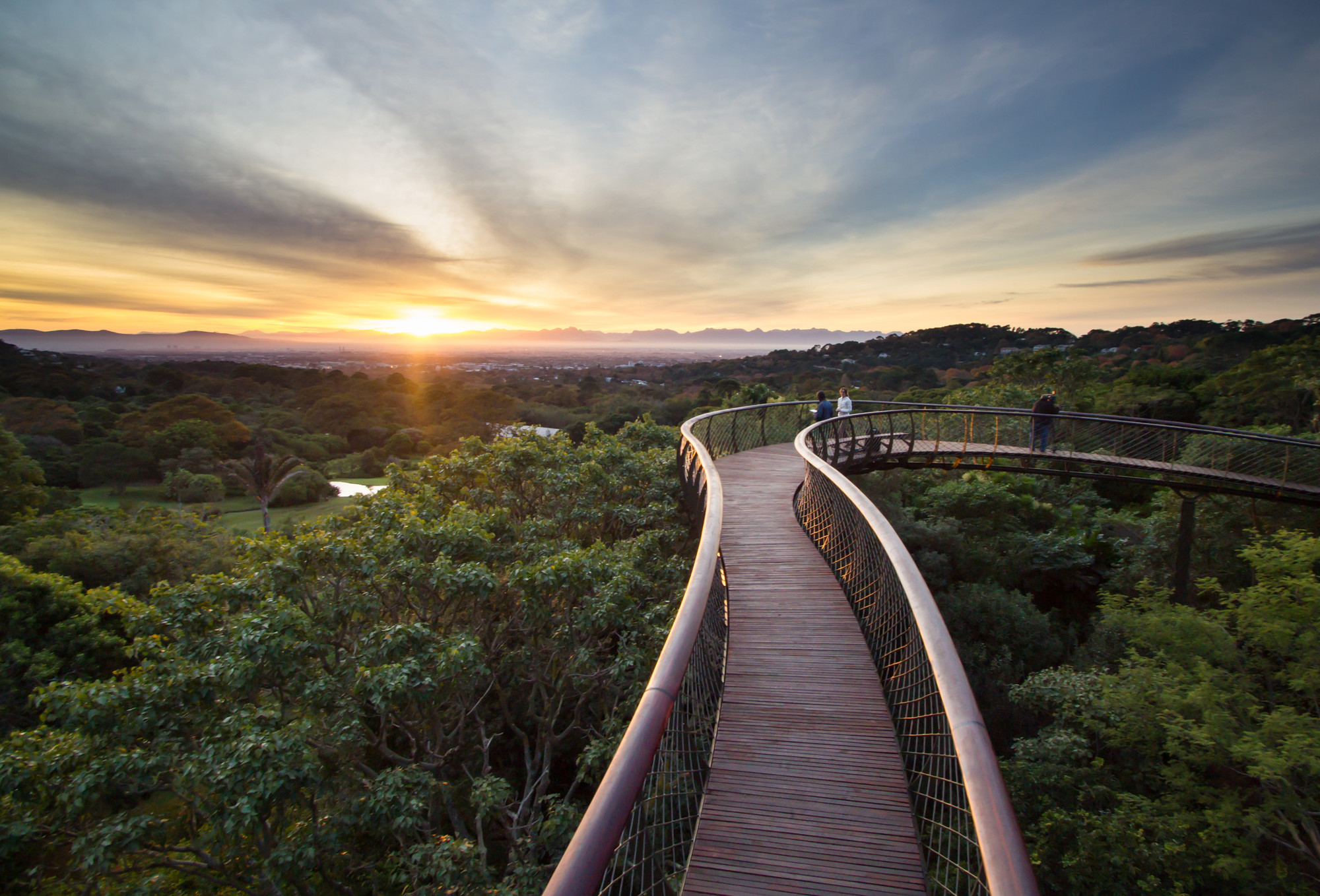 Text description provided by the architects. From the start, a sinuous, lightweight, non-intrusive steel structure was conceptualized, supporting a slatted timber deck, snaking its way into, through and over the ever-changing tree canopy.  A structural skeleton, with ribs and a spine, in galvanized steel, painted to attract moss and growth, supported on slender steel columns intertwined with creepers.

The objective was to lightly inhabit the canopy, in a discreet, almost invisible way.  The walk is generally narrow and slender and widens only at two places, one for the view, one for the shade.  It is wheelchair friendly taking advantage of the sloping ground and starts and ends within the arboretum, so there is almost no visual impact from the lawns and walks in the garden.  There are no mechanical or electrical aspects to the walk and the gentle gradients easily raise visitors to over 12 metres above ground.  The overall length of the walk is 130 meters, there are educational boards along the walk,(access is from either end).

We commissioned a comprehensive survey of the site, every major tree, every path, all the levels, all the heights. Even before the survey, the concept of a curving structure took form, the paths, the trees and the leaves all suggested that.

Working closely with young graduate architect and filmmaker, Chris Bisset and under the watchful eye of horticulturist, Adam Harrower, a series of ‘hot spots’ were identified, both at the nexus of the existing paths and around certain key trees.

Key to the development of the design, was how the structure was to be inserted into a sensitive site, without major damage and disruption to the forest.

Each bridge component was separated into 3 portions, each 6 metres long (two rib cages, one spine).  The components were laser cut and pre-fabricated and assembled off site.  All steel was hot dip galvanized before being delivered to the working area of the garden for a double coat of epoxy.  These portions were then manhandled into the forest and erected with a small crane into position.  No trees were cut down in the process.

The top coats and the timber were then added in-situ. The pre-fabricated bits were assembled and fitted together to a pre-ordained shape to a tolerance of 30mm. The walk was completed in May 2014 and there have been a record number of visitors to the garden since then. 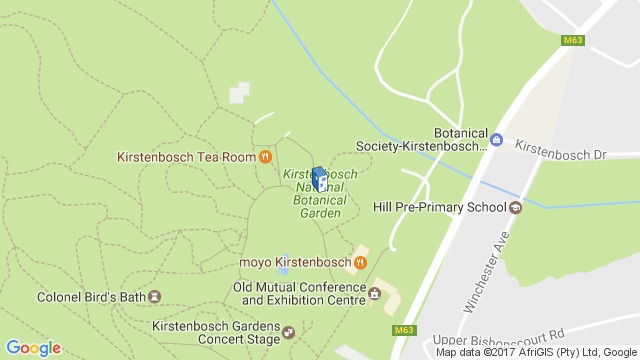 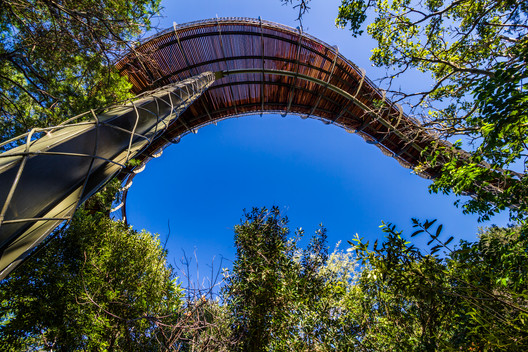