The archives of Álvaro Siza, whose drawings, sketches, and models have been exhibited in the most renowned cultural institutions around the world, may soon be transferred to the Canadian Centre for Architecture (Centre Canadien d'Architecture, CCA) in Montreal.

The architect confirmed on Wednesday to Portuguese paper PÚBLICO that he has been "in talks" with the CCA, as well as other un-named institutions from different countries, in order to "decide the future" of his archives.

"I can not move anything, because I have not decided anything. I do not know when that will be decided," said Siza.

Contacted by PÚBLICO, the CCA did not confirm the negotiations with the Portuguese architect, warning that it is still too early to announce an agreement. However, if the negotiations do end well, Siza's archives will be in the company of others from renowned architects such as Peter Eisenman, Aldo Rossi, and James Stirling.

The fact that Portugal's most renowned architect's archives could leave the country has provoked considerable debate and anxiety. However, as of yet, the only certainty is that Siza will seek to ensure the safest destination for his collection of drawings, models, photographs and other documents - and thus is likely to look outside of Portugal, where resources have been restricted since the economic crisis hit the country in 2008.

"No one cared about my archives and my architecture before, and now they are starting to ask me questions," stressed Siza, "I have been contacted by a lot of people. I'm talking and analyzing several options that could be nothing or the foundations of a destination."

By speaking out about the negotiations, Siza has hoped to express his dissatisfaction with the maintenance and care of his built works in Portugal.

Speaking about the House of Architecture, a project which Siza designed over a decade ago, but that was never built, he said:

"That project is over, it's been canceled, it wasn't even given [EU funds]. It's dead weight."

In response, the director of The Association of the House of Architecture, Nuno Sampaio, says the project has not been not abandoned, but is rather temporarily on hold. Sampaio also stressed that Siza's freedom to do what he wishes with his archives should be respected.

Read on for a brief interview by Sergio Andrade of PÚBLICO with Peter Gadanho - Curator of Contemporary Architecture at MoMA - on the potential fate of Siza's archives.

What do you think about the possibility that Álvaro Siza's archives will leave the country?

"After the scandal and the absurdity of the legal complications that surrounded the departure of the works of a minor artist who is not even Portuguese - Juan Miró - I consider it astounding the levity with which the country's considering the potential departure of the archives of Portugal's best and most internationally recognized architect. Without Siza, the Portuguese architecture of the late twentieth century would not have existed for the world, indeed, Siza continues to be recognized more outside than inside his own country. The problem of the conservation of Siza's archives is not a matter of personal vanity, it's a matter of national interest. Thus, the possibility that now arises should be seen as an opportunity, an opportunity to think about the fate of a material culture - not just the archives of Alvaro Siza - but artistic media, movies and music, which is of great importance to a country in an international cultural context."

What Portuguese institution should try to acquire the archives?

"With so much investment in art museums in Portugal - and the reduced relevance of Portuguese art in a broader view - it is inconceivable that Portuguese architecture has not received the appropriate institutional support. The issue of Siza's archives - as well as others that preceded or will follow them - is an opportunity to start a process and a larger debate. One possibility that arises is the establishment of a museum of architecture, preferably in a building designed by Siza, such as the abandoned Portugal Pavilion in Lisbon or the very unlikely House of Architecture in Matosinhos. Another possibility, a more plausible and feasible one, is the creation of a Department of Architecture in an existing museum; in this case, again, the suitable and intelligent choice would be a Siza building - a building that, by chance, also coincides with the ideal profile for a museum as well as the geographic location of the school of architecture that produced Siza: the Museum of Contemporary Art of Serralves in Porto."

Would the Canadian Centre for Architecture be a good place to host the collection?

"If these Portugal government is going to shoot itself in the foot, the CCA is an institution that is more than capable of rectifying the damage. They the means and savoir-faire to excellently preserve the archive of Álvaro Siza for future generations. However, it would be more interesting to adopt and negotiate a co-acquisition between the CCA and the suggested museum or department of architecture to be created in Portugal. THis would be a smilier situation to what recently happened with the acquisition of the gigantic archive of Frank Llyod Wright, which, in light of it's incredible price, was shared between the MoMA and Columbia University's Avery Library. In this way, documents, models and other materials were distributed between the two institutions, in accordance with their respective competencies of conservation. Taking advantage of the accumulated knowledge and the accumulated rewards of a collaboration with an institution like the CCA--to create a museum or department of architecture, as mentioned above--would be a better way, again, to transform the "problem" into an opportunity."

The source of both the original text and the interview was PÚBLICO.

This article was written by Romullo Baratto for ArchDaily Brasil. It was translated by Vanessa Quirk for ArchDaily. 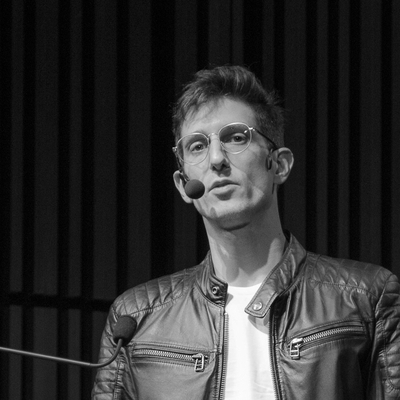