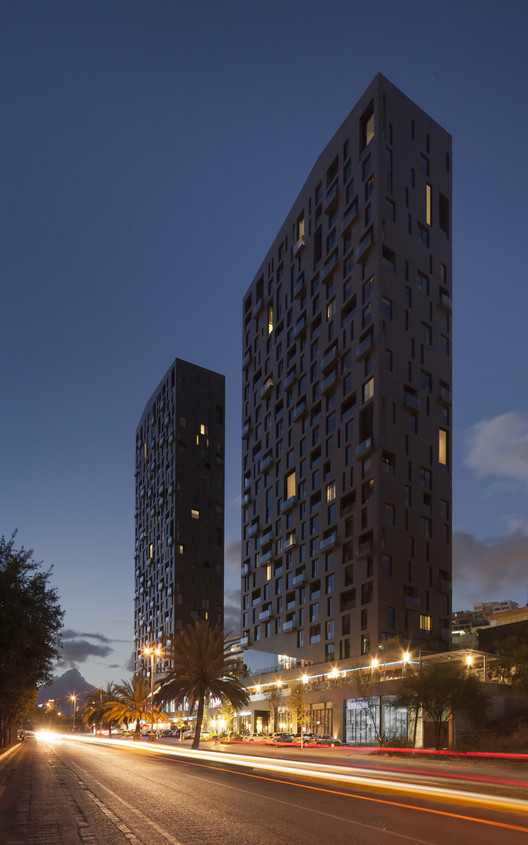 Text description provided by the architects. Project for a mixed use building located in the exclusive area of Valle Oriente, in Monterrey, Mexico.

A two storey commercial block facing Frida Kahlo Avenue, is complemented in the rear facade with a single level of speculative office space.

On top of the large basement that these two elements represent and their respective underground parking area, raise two dark gray towers of monolithic appearance.

The space that stands between them at the lobby level contains most of the amenities, such as the swimming pool, bar, gym, green roof garden, as well as other common areas.

The great variety of housing configurations that the project demands, generates an image of great freedom in it’s composition, where double height lofts and penthouses coexist with standard one and two bedroom apartments, with or without balconies, in a wide variety of dimensions.

The different facades consist of a faceted geometry that creates a great dynamism in the shape of the building. At the same time, the substractions in the tower’s facades are generated in order to create balconies in a certain number of apartments.

The randomly designed windows give great rythm to the facade. However, it’s modulation has been considered to fit into the suspended facade system proposed for this project. 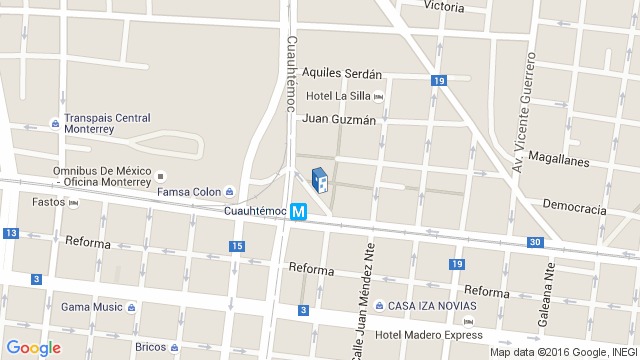