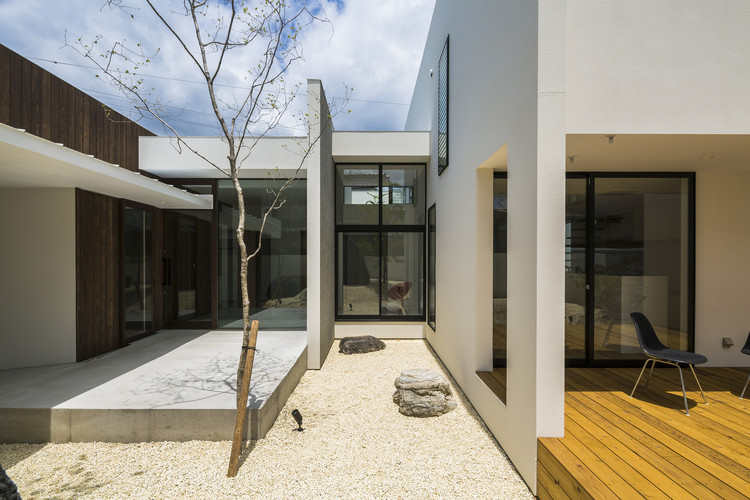 Text description provided by the architects. This project was to rebuild a house at the corner location between a rice field and a traditional residential area. From the size of double house and the relations of family units, this house contains a variety of open spaces.

The brief from the client was to design two separate dwellings for one extended family. Parts of the dwelling were to be wheelchair accessible, and to reuse the existing big and small stones for Japanese garden, also to be white façade.

The building has been designed as a series of layers that step down towards the rice fields to the west. This has played an important role on how the internal spaces have been organised.

According as the area rule that has been made open space on the south side. The layered spaces have been interacted with the gardens to create the equivalent relations between the gardens and the house.

Those were sequentially line up in order, parent’s living room → entrance + bathroom → study room + sun lounge → children’s living room. Each of the internal spaces have a different relationship to the Japanese garden, whether this is visual or physical, the spaces have been overlapped, and they have been taken a look and ventilated toward the rice fields.