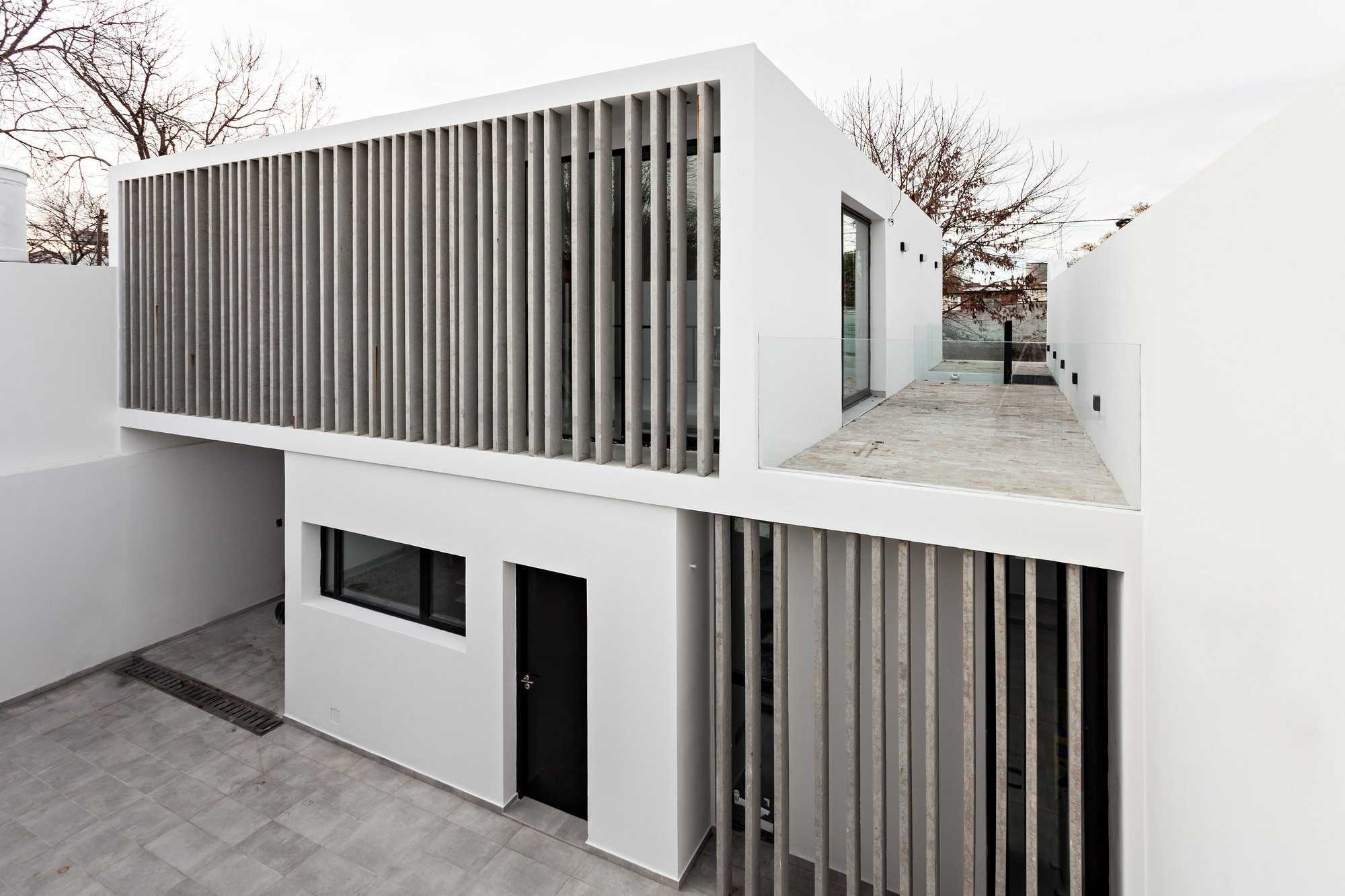 Text description provided by the architects. Bazán house is a medium scale, single family dwelling inserted into a small lot in a typical neighborhood of the central district of La Plata.

The commission was to design a project in the framework of a site between party walls, 10m wide by 16m deep. The preliminary ideas marked emphasis on the urban design of the location from the preexisting conditions of the place, as well as those of a block with small lots with generally low-rise residential buildings, but high impact characteristics with respect to atmosphere and neighborhood identity. As a corollary to this, a courtyard at the center of the block provides exceptional trees in their size and variety.

From this, we develop ideas for the project. The architecture also arises in the need to "adjust" the size of a small house, building from here the notion of compactness, a compact and porous space that can fit into the dimensional requirements but in turn can be related in many ways outwards as well as inwards.

A dwelling that takes the edge of the municipal line marking and emphasizing the continuity of the urban edge, which sets the height from a preexisting, older home at the corner, creating a kind of dialogue-joint between the new and the old, between today and yesterday. An dwelling as urban ensemble in the definition of the city.

A home that is thought through space, where the section defines its shape limits. The image of the house is the result of its section. Two overlapping boxes slightly offset oppositely to the party walls set the desired porosity edges between foreground and background. These points in turn have a complementary use, as garage on the ground floor and terrace upstairs, temporarily redefining the relationship with the party walls through continuous areas between interior and exterior.

Three spatial bands define and arrange the house, parallel to the longitudinal axis of the site, setting its constructiveness, its dimensional structure and spatial structure. At the access, the scale tightens to 2.60 m and is related to a garden. From here, there is a double height in the central band of the house, creating a single space between living, dining, kitchen and upstairs a study, open staircase to this area which serves as a unifying balcony. This spatial band, central to the house, defines the freer recreational and social areas of the dwelling, the two remaining bands to the sides complete the set with the most private areas of bathrooms, bedrooms and services.

The dwelling has been designed as an integral space where the party walls are the limits. Both facades, toward the sidewalk on one side and to the back yard on the other, propose a filter to the relationship between interior and exterior space, an area that allows direct connection to the outside but also needs privacy, light control, security, etc.. This defines in the house a transitional space between inner world and outer world. The material definition is through the consecutive arrangement of vertical slats of precast concrete 5cm x 15cm arranged randomly.

The house has been built with local materials and techniques, using local workforce, and essentially the materiality of the project is directly related to the construction in this area. The structure is reinforced concrete, the walls are made of hollow brick wall and plaster. The framing is made of aluminum with DVH technology to improve thermal conditioning, the floors are tiled with rectangular ceramic pieces 0.20m x 0.40m that cover the entire house including interior and exterior areas except bedrooms and bathrooms. Generally, the skin of the house has been treated with a plaster finish on both walls and ceilings, and painted entirely white defining a continuous space.

As a general approach on this experience ... The contemporary home in urban areas in this part of the world should be able to respond to new demands with strong pre-existing scenarios. This somehow defines the new line of the city approaching the idea of ​​coexistence. Furthermore the design should also be possible to materialize. Making a commitment to make a buildable architecture, about the architect's ideas but also close to the real needs of the people who inhabit these spaces. Ultimately be sensitive and critical interpreters of reality to propose a greater quantity and quality of architectural situations that transform the ways of living of people with the fewest resources. 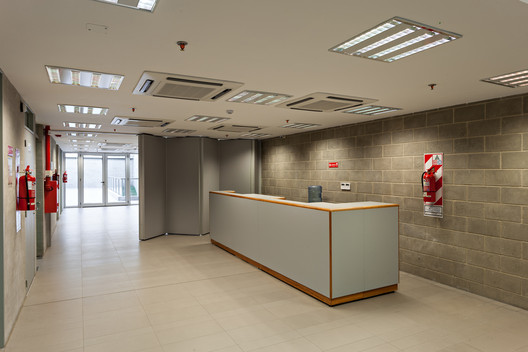