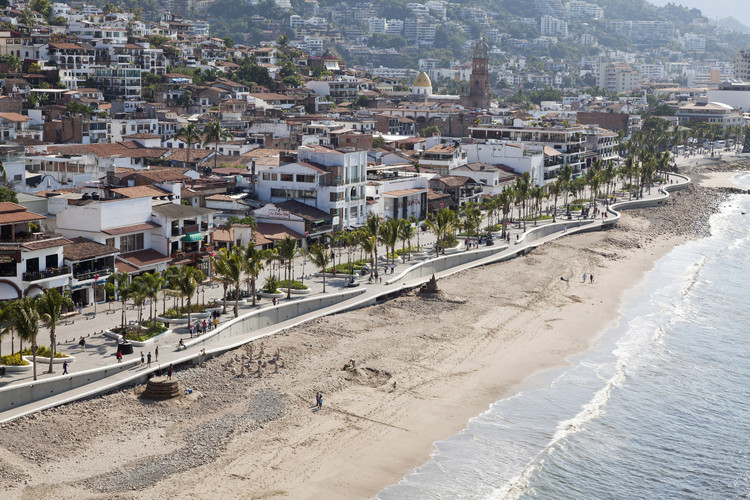 Text description provided by the architects. As part of the plan for the refurbishment of the historical center of Puerto Vallarta, a remodeling project of the malecon was conducted. This space is the heart of the port, a half-mile long boardwalk between the town and the ocean as the main attraction. For many years the automobile had become the principal user of the malecon, therefore, it was dangerous an uncomfortable for the pedestrians. A car barrier crossed the malecon in its entire route distorting the original purpose of it, a great area by the sea.

The new architectural proposal parts from the principle of returning the malecon to its original owner, the pedestrian. To achieve this, the malecon was transformed into a great esplanade along the half mile route all at the same level in order to get rid of the cars for the most part. The rest of the zone remains as a slow speed zone where now the intruder in this new area is the car.

To achieve the idea of the esplanade all at the same level two important problems were confronted: In one hand storm water precipitations, and on the other hand, the intense waves created from strong tropical storms that year with year hit the coast. We had to solve these problems with efficient solutions from a technical and economical point of view. To solve the first problem, the rainfall water that runs along the perpendicular streets to the ocean was captured underneath the malecon so it could be diverted to the sea. For the second problem, there was an old deteriorated retaining wall that was facing the beach. This wall was damaged in 2002 by hurricane Kena, and the repair done was very trivial. The new wall was proposed in reinforced concrete based on oceanography calculations with projections up to 100 years.

Another issue that concerned us was the accessibility to the beach. We could integrate the beach to the malecon as another alternative to achieve those stationary activities that we needed in the area. In order to achieve it, a number of ramps were conceived that made possible to go down into the beach from the malecon. A gently decline slope makes possible to get 100% of users, disabled included, to the beach.

The section of this new esplanade to the sea was widen in order to win more sidewalk, and the geometry of the new retaining wall was modified, having a profile to the sea with curves that go in an out the beach. This movement corresponds to the urban plan existent generating small squares on the intersection of the streets and the malecon, harboring this time with an order the great emblematic sculpture thematic of this place. This facade to the sea is complemented with the access ramps to the beach, and that while going up and down throughout the malecon, the ramps become an iconic image of seaborne inspiration easy to understand for any user.

The inspiration that permeated all the design elements was the Huichol Indian culture, present on the north side of the state and in the Nayarit Riviera. With this in mind, the floor design of the pedestrian areas of the malecon was projected to be a washed concrete mat with silhouettes of the Huichol cosmology made with hand crafted pebble stones inlaid in concrete. This technique is highly used in Puerto Vallarta.

To achieve a pleasant walk at any time of the day we needed to create shadows, and therefore the landscaping was a very important subject. On the side of the shops some almond trees were planted. This kind of tree is easy to acquire in Puerto Vallarta and it is easily adaptable to the high salinity levels of the sea, offering a great and gentle shadow that would help us once again to generate this stationary activities already mentioned. On the malecon side, palm trees were planted on each of the plant stands. The edge of the plant stands were made with a double function. One function was to contain the planter on one side, and the other function was to offer a sit for the pedestrians. This pattern was repeated on the perimeter low wall that faces the beach, proposing this as a bench to enjoy the horizon.

Within the new public space, and participating also as an urban element in the streets that run parallel to the malecon to the south, the sculptures that where situated there were refurbish and moved to the north side as visual factor at the end of the perpendicular streets to the malecon. The arcs and the sculpture of “The kid and the hippocampus” or “The Seahorse” as it is commonly known, are the big icons of Puerto Vallarta, and so they were given a special hierarchy within the set of sculptures. “The seahorse” was located as the center of the stairway to the sea. Zone free of vegetation specifically designed to enjoy the sunsets of Puerto Vallarta. The Arcs were located as the radial center of the palm square and as a scenery backup of the amphitheater in the south part of the malecon.

To this day, the influx of the local and foreign users of the malecon has increased in up to 215%, and the most important thing is that the families have adopted the malecon as a safe place for a family to be in. 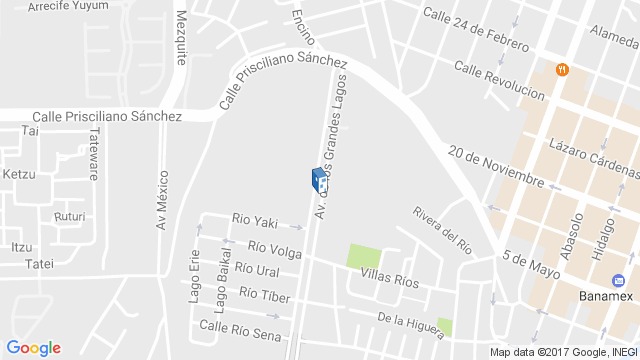