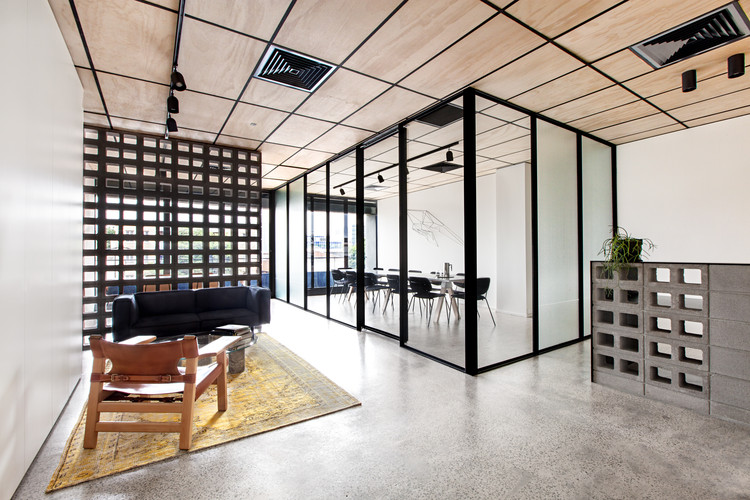 Text description provided by the architects. Through the combined effort of its new occupants; a construction company and an architecture studio; this 1970’s office block has been given a new life. Located in North Melbourne, and hidden under a layer of custard-coloured render for several decades, the Brutalist materiality was revealed after 8 weeks of painstaking labour chipping off the suffocating crust.

Retaining the shell and reusing parts of the original fit-out, the challenge was to create a non-corporate environment that would evoke a sense of authenticity and capability. Critical to both organisations is the effect that the work environment has on those who use it. It responds firstly to the needs of the staff, engendering a healthy office culture. Secondly, the space presents a considered representation of the two businesses that befits a variety of clients and visitors.

While rarely collaborating professionally, these businesses had previously shared a building and were keen to retain and enhance a sense of community. Unlike many shared studios which co-habit an entry and front-of-house amenities, this 440m2 floor-plan works in reverse. Separate entries and offices lead through to a generous shared zone including kitchen, breakout-space and deck. The deck is the heart of the shared concept with both offices and the kitchen/breakout space opening onto it through large banks of operable glazing. These shared facilities benefit both organisations professionally, socially, and spatially. 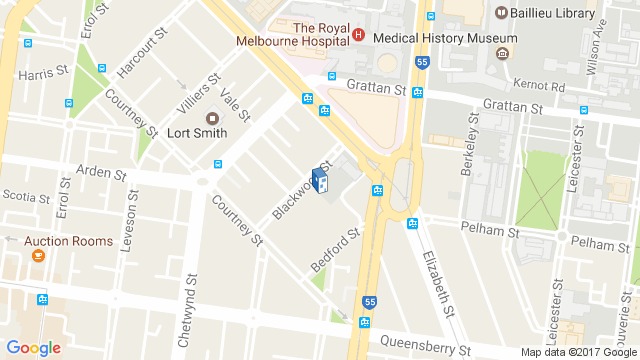