Text description provided by the architects. Created for Barcelona's BCN RE.SET festival organized this year by the Fundació Enric Miralles as part of the city's Tricentenari BCN celebrations, this installation by Yael Reisner and Peter Cook responds to the theme of 'democracy'. The design, titled "Take My Hand" takes inspiration from a number of factors - notably the location of the site outside Barcelona's Civil Registration building, and the idea that the protection of human rights and civil liberties is one of the fundamental tenets of democracy.

The installation is therefore designed as a space to be used in marriage ceremonies and a celebration of human rights through civil weddings. Reisner explains that "the option of a civil marriage in many countries opened new possibilities for interfaith marriages, non-religious marriages, and same sex marriages."

More on the installation after the break 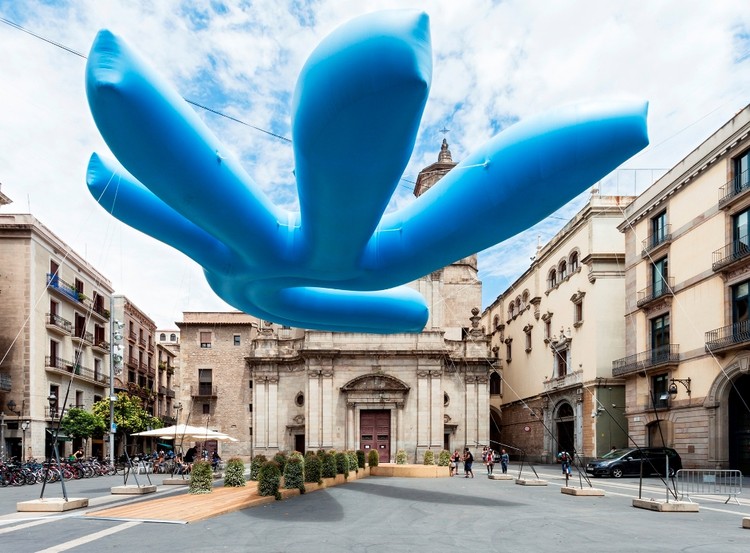 The defining feature of the installation is the inflatable canopy, designed as a 3D manifestation of the Universal Human Rights Logo, adopted in 2011 as as a symbol to remind the world of these fundamental rights in any civilized society.

This logo is also imbued with an extra meaning in the context of marriage ceremonies, where the hand - as the focal of the tradition of exchanging wedding rings - acquires a particular symbolism. The phrase "Take My Hand" is also an important idea in marriage and is symbolic of companionship.

"The suspended inflatable structure is in the tradition of festivals and street parades along with its practical role of projecting a unique shadow that will move daily along the square as the sun moves in the sky," explains Reisner, elaborating on the role of the installation as a civic object. "Thus the two tenets of democratic behavior – the personal and the societal are brought here together, hopefully helped by the combination of a sympathetic Registrar and a joyous couple – taking the celebration out into the square."

And by chance, the first couple to 'take their celebration out into the square' were Reisner and Cook themselves, as the opening night of Take My Hand happened to coincide with their Silver Wedding Anniversairy.

Take My Hand is installed at the Placa de la Merce in Barcelona until September 11th. 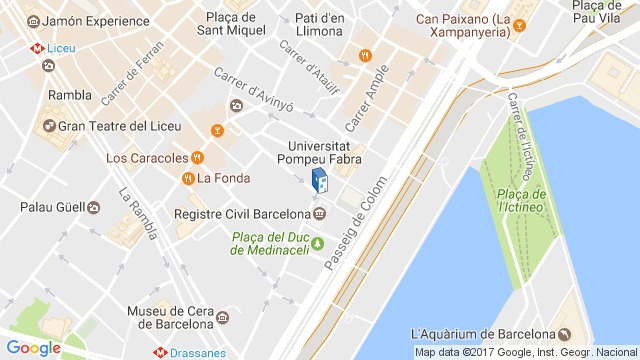