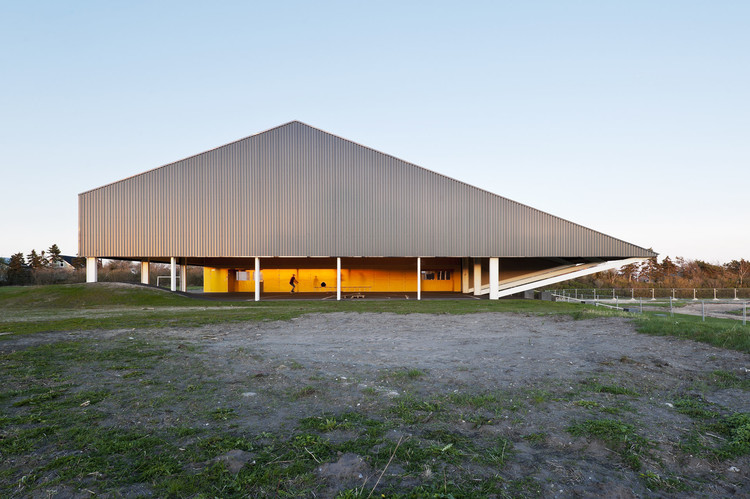 Text description provided by the architects. CEBRA has completed a public sports facility in the Danish town of Løgstør based on the office’s “Meccano concept” for unheated, low-cost and lightweight sports halls. The concept uses construction principles and elements otherwise known from industrial buildings and warehouses – that is standardised off-the-shelf components. The idea is that these simple elements can be refined and combined in new and surprising ways – just like the Meccano model construction system – in order to create architecturally appealing, accessible and easily adaptable sports facilities, which are cheap to build and maintain. The concept has been developed in collaboration with Lokale og Anlægsfonden (the Danish Foundation for Culture and Sports Facilities).

The new sports hall in Løgstør is located close to the local school in the southern part of town and is the first visible step towards the realization of the sports, culture and health development Lanternen (The Lantern). The construction is wrapped in a thin skin of corrugated steel plates, which is pulled, cut and folded according to the different functions, interior organization and aesthetic preferences - much like an origami paper figure. The formable outer shell contributes to the buildings light and partly translucent expression and allows opening the construction towards its surroundings, depending on the site’s location and orientation. This design makes it possible to modify and optimize the Meccano concept for practically any location - in the case of Løgstør by means of the distinctive projecting roof over the entrance and outdoor court as well as openings for inflow of daylight.

Even though it is an unheated building the hall can accommodate many of the same sports activities, which are commonly practiced in traditional heated facilities, such as football, handball, basketball, tennis and others. The roof spans over two types of courts: An asphalt court and an artificial turf pitch. The asphalt court is accessible around the clock for street basket, skateboarding etc. The fully roofed and enclosed artificial turf pitch is covered with a dense and firm type of artificial grass, which allows for the exercise of a wide range of sports. The pitch is equipped with boards and benches, which can be removed so that the long sides’ sliding gates can open the building for bigger events or ventilation during the summer. In between the two courts multifunctional wooden space-defining furniture contains storage, lockers, benches and one of the goals and makes it possible to close the building during nighttime.

CEBRA has previously designed a series of sports facilities, including another low-cost, lightweight sports hall concept called the Igloo. Much like the Meccano concept the Igloo’s dome shaped structure provides sports and leisure facilities, which are accessible to the general public and can be easily adapted to a wide range of activities and varying locations. One such Igloo hall is currently under construction in southern Denmark as part of the 6.500 sqm skateboarding and street sport park SkateCity, which is designed in collaboration with Glifberg+Lykke. 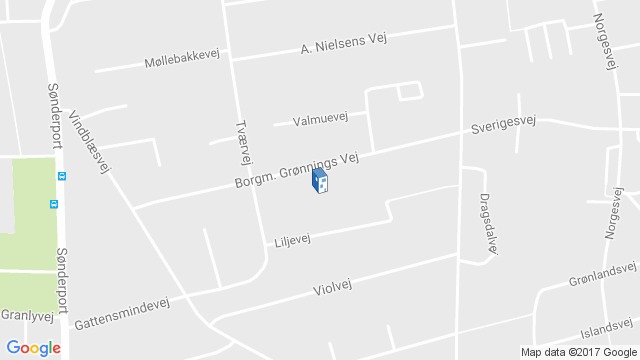