Russian practice Meganom has won a competition to redesign the Pushkin State Museum of Fine Arts in Moscow. Their winning entry seeks to transform the museum complex into a hive of cultural activity, preserving the institution's world-class art collection whilst "actively engaging with the surrounding territory as a potential space for exhibition, dialogue, and communication." The project focuses less on the provision of new areas but rather provides a single unified platform for a series of discordant parts, tying together all the elements of the environment into one cohesive design - "from buildings and monuments to benches and navigation." 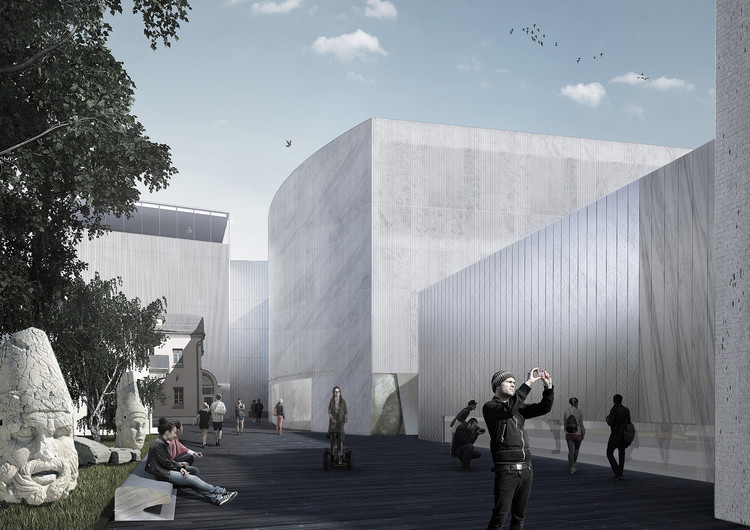 The current state of the museum is fragmented. Housed in a series of inaccessible private mansions and historic monuments, not originally designed as public buildings, Meganom's proposal aims to bring a new level of cohesion to the institution. According to the architects, "the Pushkin Museum has become one of the most memorable icons of the city and is one of the most valuable architectural monuments: a temple of art and culture."

In their proposal, the extended area will become a "Museum Town, destined to become a place of cultural activity." However, the conflict that hinders the realization of the project in its entirety is the contradiction between the need to increase the area of the museum and to follow the the constraints of heritage protection. Being under careful public scrutiny, "the attempt to increase the museum's ground area and endanger the historical environment" is being opposed. The architects argue that the "museification of the spirit of the place, as well as a creation of the Restoration Center (school) could enrich the palette of activities of the Museum and have a healing effect on the area of Old Moscow, which has been traumatized in recent decades."

From the Architects. Rhizosphere – is the entire museum site: a united symbolic space, a thin layer, joining the roots of the buildings - fertile platform for urban culture and art. The sphere of museum culture absorbs the various plots and separate buildings, respecting the requirements for historical building protection, allowing for the programming of landscaping areas, public art exposition, and temporary elements.

The project takes advantage of imperfect legislation, which focuses on the preservation of buildings themselves, at times putting aside the historical context and its elements as an important factor to preserve and nurture. Rhizosphere is not only a design that can change over time but it’s an artifact, a protocol than can adapt over time. As a strategy for future development, it senses and takes into account the changing needs of time and culture, climate, and city.

Consistently integrating and merging together multiple layers of old and new, existing and imagined, the new sphere is destined to create a new kind of space that preserves the spirit of a historical town. When the visitor approaches the Rhizosphere from either side he immediately sets foot in the museum space. Here, everything is the same as in the rest of Moscow but has a unique quality – all the buildings join the architectural collection without a single incongruous sign or advertisement. The public space is open and saturated with art. In the winter the granite pathways thaw out to reveal the navigation which makes it easy to orient oneself in space.

The design of Rhizosphere is assembled through the modular granite pavement blocks with iron and bronze inserts across squares, boulevards, paths and courtyards, walls of varying heights, benches, objects carrying information and navigation, objects of art and preserved or recreated elements of the historical environment. An important role is given to the constantly evolving collection of trees and plants. The possible expansion of the Rhizosphere by narrowing Volkhonka Street will create a new urban boulevard and a front facade of the Museum Town, facing the river. 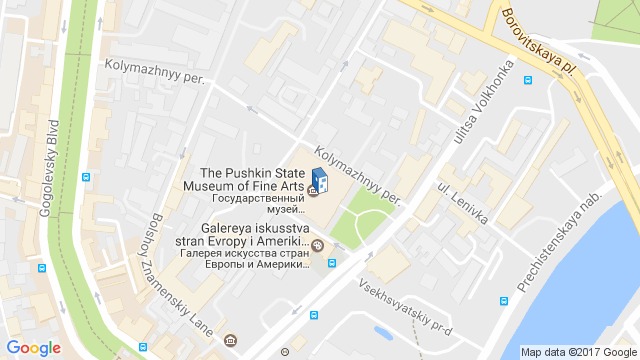