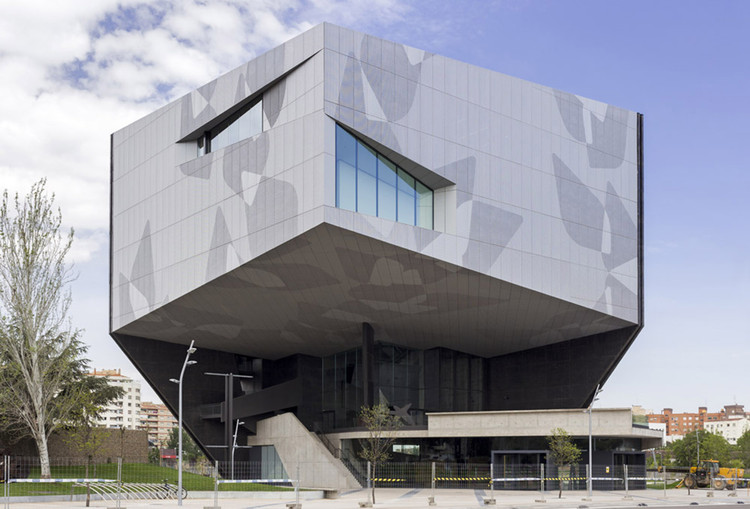 Text description provided by the architects. We start the project by posing two challenges:

The first: to design a building that can ‘feel like a city’ – both due to its uniqueness and to the public spaces it generates.

The second: to design a building which connects with distant perspectives when walking around, providing at the same time introspection when inside its exhibition halls.

In other words, a building which ‘feels like a city’ and which makes us feel part of it when we inhabit it.

We solve these two challenges by raising the level of the halls. This allows freeing the ground floor, where we place the more open and transparent spaces: the lobby and the store. Our aim is to create public spaces, make the park extend into the city by passing under the building – a space which is lit at night with drawings obtained by perforating the plate, which in addition hides the structure supporting the elevated halls.

The two suspended halls face each other at different levels in a way that the visitor who exits one hall has a view of the city below the other hall. We believe decompression and relaxation areas are necessary between both halls – i.e., between exhibitions. With this aim, the two halls are connected by escalators, offering a journey which allows us to enjoy the distant views – completely different from the decontextualisation produced by elevators and which cannot offer the visitor any type of decompression.

On the upper part of the building and with views to the city are the coffee shop and the restaurant. Opposite to them and created by the different levels between halls, there is a terrace-bar which – keeping with the indoors restaurant – allows to enjoy fantastic views of the Ranillas meander and Expo Zaragoza

Thanks to its unique and feasible structure, our building appears as a sculptural element amidst the park.

We want our building to become a symbol of the progress of the technique and generosity of culture – we want it to be a reflection of only the best things of our times. 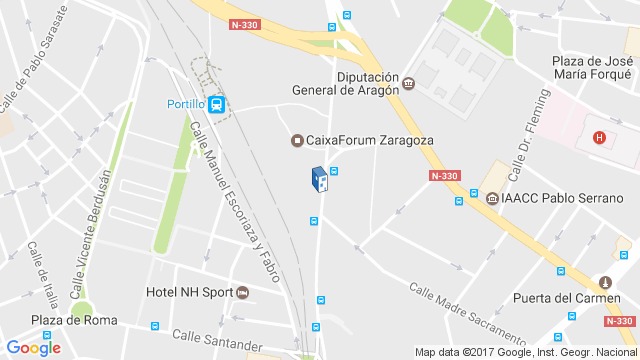