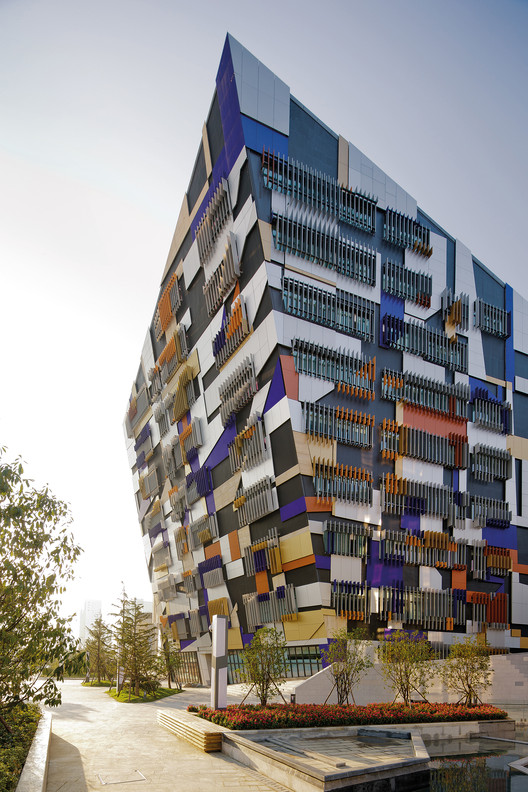 Text description provided by the architects. Phoenix Valley, Wujin has invigorated and defined a new cultural heart for the blossoming new city in China’s Jiangsu Province.

The project at Phoenix Valley is a government funded and operated Theatre, Film and Arts Centre. Run as a competition in late 2009, the brief proposed strict zoning for the site which directed all designers to divert an axial canal in a blunt right hand turn across the front of a basic rectangular building footprint, and left open the option of a square to the front or the side.

studio505 broke this zoning and instead proposed that the canal was drawn into the site, becoming the active element that has carved out the valley from a green roofed mountain mass. This gesture created a protected internal courtyard space, an internalised yet outdoor central gathering space secure from busy roads, allowing a public space, connection to the big screen and access to all the parts of the centre from within the valley.

Comprising a series of independently operated, but integrated programmes of 4 cinemas; a 1000 seat grand theatre capable of both traditional Chinese opera and radical digital immersive performances; a five storey flexible art gallery; a youth palace(learning centre) to educate 4000 students; an occupation experience hall, a sports and dance hall; a selection of retail, café and food facilities and a connected and permeable children’s playground, landscaped courtyard and large format LED screen.

This broad and complementary mix of programme has been carefully tailored, folded, inserted, and moulded into the form of the building through a process of occupation, of inhabitation, carving out and claiming of regions, colonising of niches, of caves and hollows excavated from within the simple, powerful geological form of the overall complex.

The project is comprehensive. Within its 65,000m2 studio505 have embedded technologies, thinking and design processes developed and tested in the much smaller Pixel building, in Melbourne. This comprises Green Roof technology, Built-In Photovoltaic (BIPV) and Solar Thermal arrays, Natural Ventilation, LED lighting and sophisticated water management systems including thermal heat exchangers with the canal waters flowing through and beneath the project. The project has achieved certification of the maximum 3 stars available under China Three Star rating which is the equivalent of Greenstar 5/6 star, our Leed Gold.

The entire roof of the project is ‘green’ planted to follow the patterns of the facade, with species that create an active and integrated seasonal flowering variety that flows down the green walls. This roof provides significant benefits to the project in terms of insulation, water collection + filtration and reduction of a heat island effect. The project has improved amenity, improved local value of real estates, and formed a highly regarded and awarded hub for the local community. 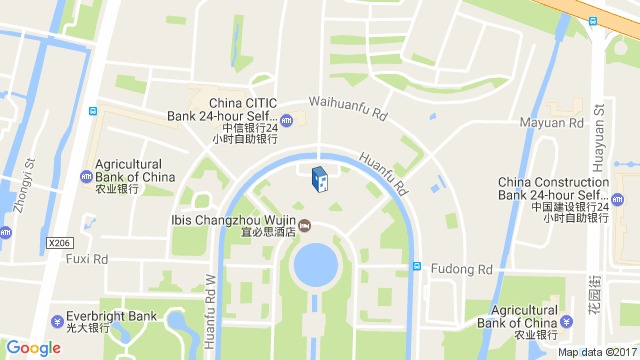