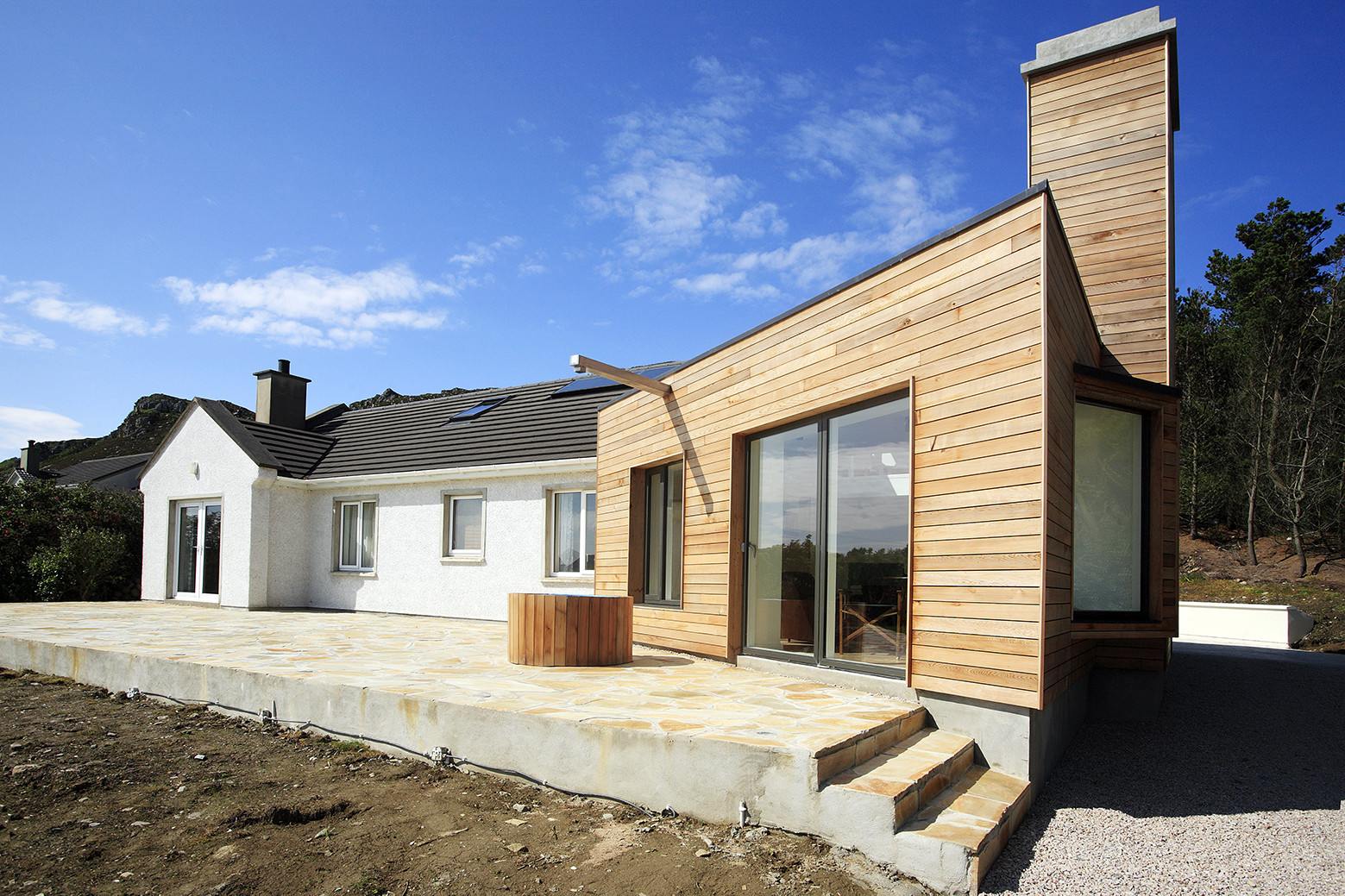 Text description provided by the architects. Drumnacraig Extension was completed in 2011 at a private house on the Fanad peninsula. The design turned a former garage on the North side of the existing cottage into a studio with a mezzanine level and added a new boatshed on the West. It is situated along the coast of Donegal with views to the East overlooking Lough Swilly and Malin Head. The extension’s shape was inspired by its location, set beneath sharp craigs and on land which undulates until it reaches the Lough.

The new roof runs parallel to the existing, following the natural slope of the terrain. This integration into the landscape has been reiterated by cladding the walls and roof in Western Red Cedar. The presence of the all-in-one material identifies the new studio as a new structure, but also as an extension which is sympatheticto its context, in contrast to the existing cottage. The sloped roof meets a chimney which extends upwards similar to the adjacent pine trees and the craigs behind. It is a sculptural feature imitating a funnel on a ship, and the exterior is also clad in Red Western Cedar.

The new mezzanine level in the studio has a roof light to extend the views to the sea and these views are framed again by a new bay window. Natural light pours through the expanse of glass to the east, the facade here has been cut at an angle to allow southern light gain while also providing a sheltered enclosure for the patio. More natural light is captured by the high mezzanine window which steals the last western light before the sun sets behind the craigs.

The new boatshed is found at the back of the dwelling. Similarly, the roof here also follows the slope of the terrain, the boatshed is then connected by a glass link block, which serves as a new entrance and sunroom to the existing cottage. This creates a sheltered southerlycourtyard. 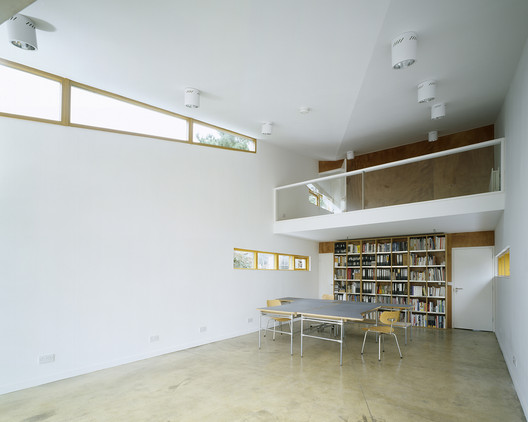