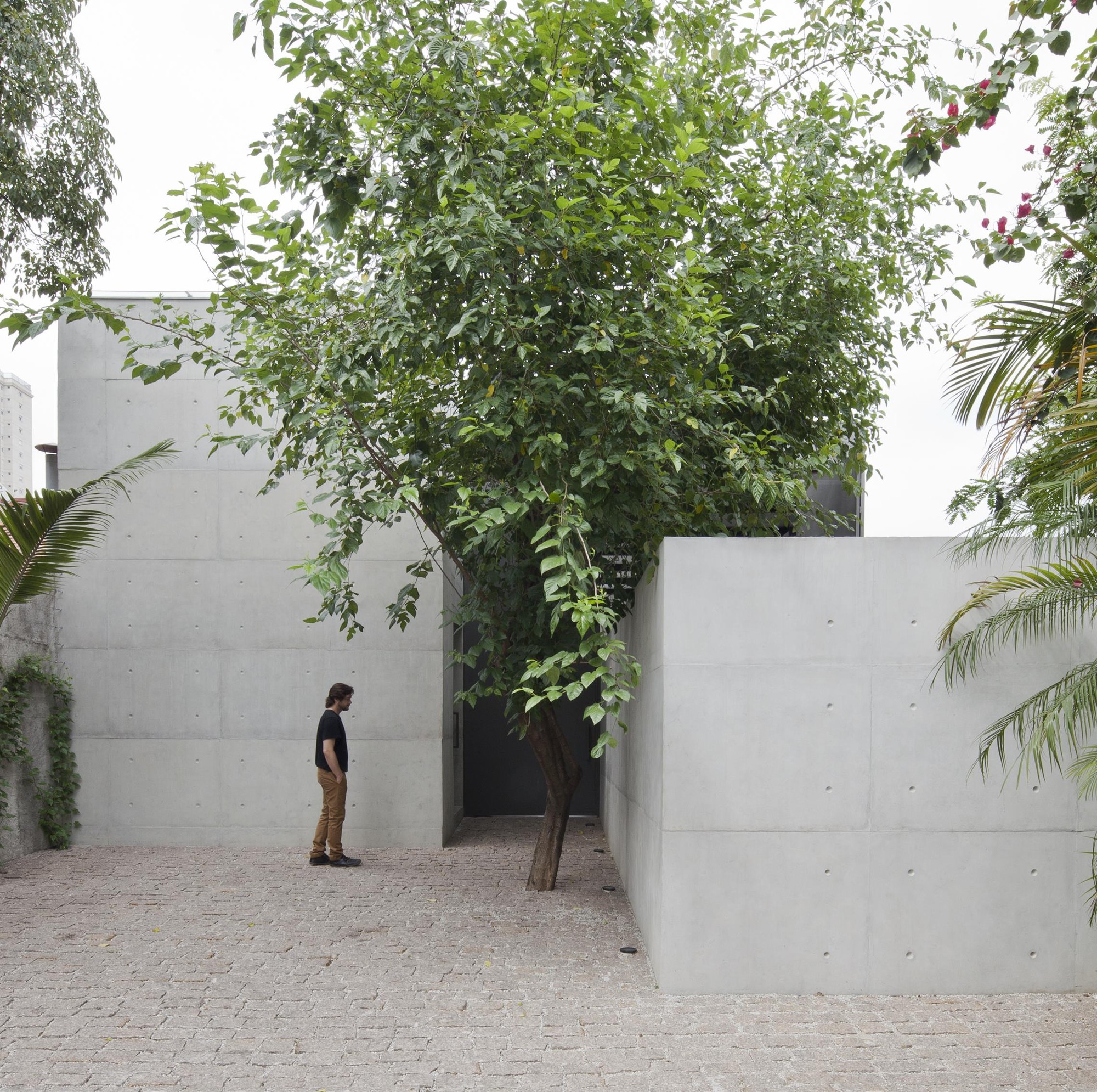 Text description provided by the architects. The studio is the city.

The project proposes an exercise in the indoor-outdoor relationship and its materialization, the idea of ​​limit (mass / opacity) and continuity (openness / transparency). A semi-public square proposed in front of the site invades the studio as a street that unfolds between dense rectangular prisms ("buildings"), opening into an "interior courtyard" a space to paint.

These "buildings", 3 volumes in concrete, house the functional program of the studio (office, library, preparation room, services, storage and a mezzanine). When they leave the program, its dense and blind walls externally delimit the "street" and "square", setting a kind of covered shed where the artist paints. While the opaque faces delimit functions and uses, its open and transparent faces open onto internal courtyards and gardens, dissolving the boundaries between interior and exterior, between building and site.

Benches and continuous counter tops cross borders, stating that continuity. The volume of the building, extrapolating the boundary of the roof, also contributes to dissolve the border. The line of the wall, on the other hand, limits part of this retreat, establishing a solid boundary between the square (public void) and the courtyard (private void). 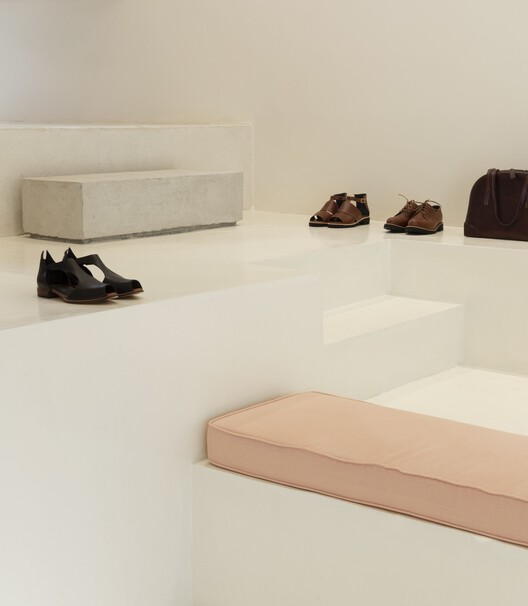