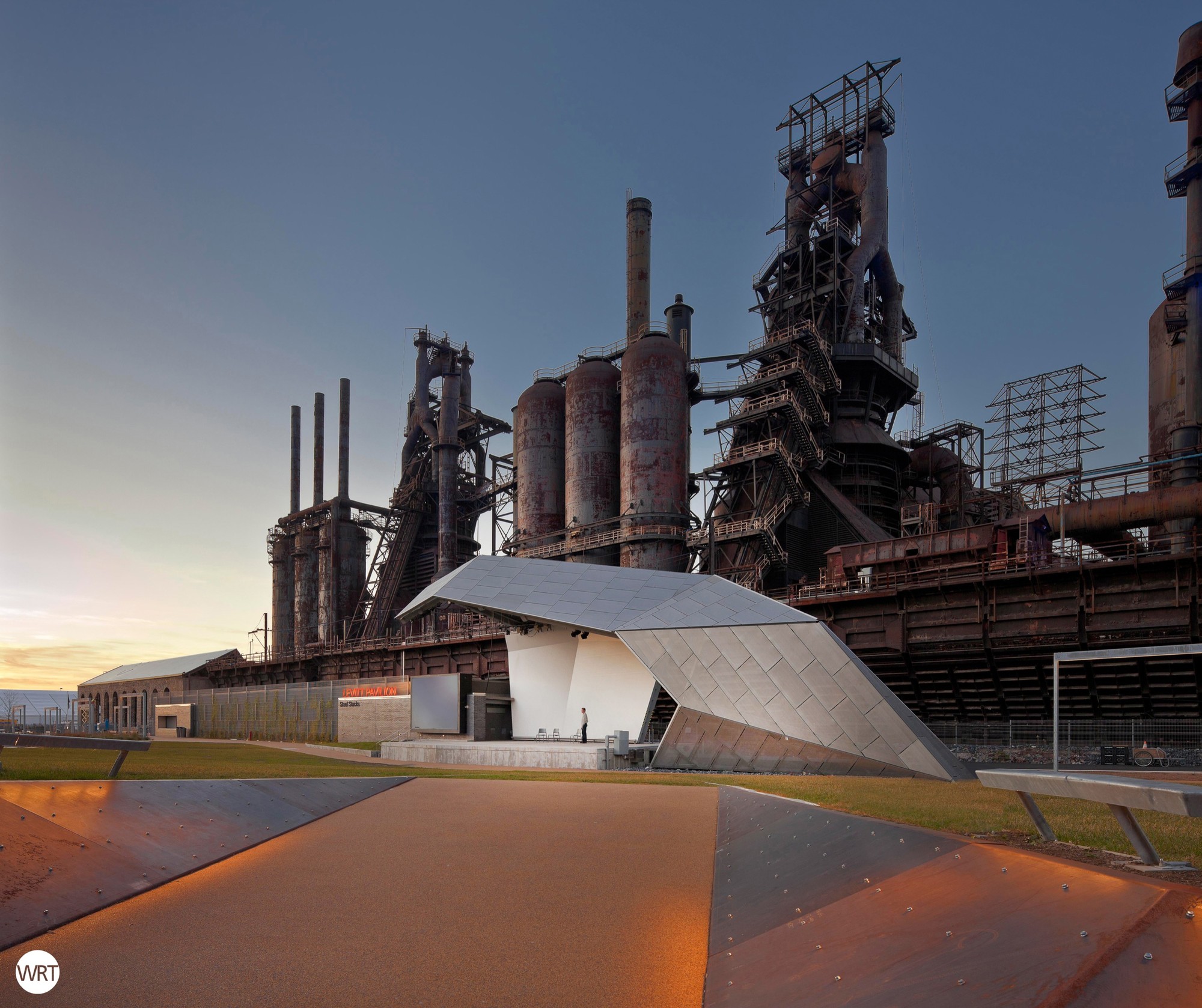 Text description provided by the architects. The Levitt Pavilion is the focal point of the 9.5-acre SteelStacks Arts and Cultural Campus, part of the larger re-development of the former Bethlehem Steel mill, source of steel for many iconic structures like the Golden Gate Bridge and Chrysler building. By design, the mill’s five 20-story blast furnaces, iconic in their own right, form a dramatic backdrop the newly created 21st Century Town Square project. Knitted together in its repurposed industrial landscape are four new plazas, a playground, a picnic area, and at the heart of it stands the Levitt Pavilion.

The Pavilion neither blends with the rusted stacks nor visually competes with them. Clad in perforated, stainless-steel panels, the shell is an asymmetrical segmented arch that touches the ground on one side and cantilevers over the stage. It was conceived as a large-scale origami-like folded plate sculpture - one that poignantly suggests yet-to-be completed work. The design is resolutely forward-looking, yet intent on establishing a discourse between new and old. As one moves around the shell its form and character transform, at times appearing solid and monolithic, at times trellis-like and transparent. The amphitheater bowl’s chevron shaped COR-TEN steel and precast concrete retaining walls echo the folded plates of the pavilion’s shell, establishing a dialogue that binds the overall site together. The open space and design elements of the new landscape became a foreground to the powerful scale and physicality of the five gigantic blast furnaces. As a significant design catalyst, the critical planning intervention removed a segment of East First Street where it intersects Founder’s Way and replaced it with a wide curve to enable the insertion of an ideally shaped amphitheater strategically positioned to become the heart of the campus. 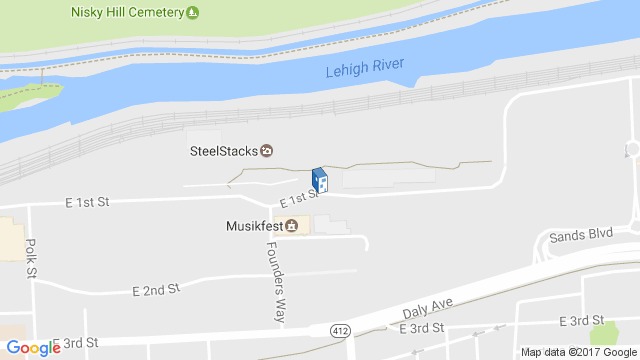