Save
Inside Korea's “Crow's Eye View” – Golden Lion Winner at the Venice Biennale 2014
Presented by:

Today, the Korean Peninsula provides a striking example of a post-war polarization: two opposite political and economical systems, constantly presented in contrast/conflict by the global media, that still maintain an intricate, complicated relationship. Architecture’s role in this polarization was instrumental. North Korea sought to represent the aspirations of a new communist nation within a context devastated after the war -- a tabula-rasa from which adaptations of modernism could appear. In South Korea, fast economic growth bred a form of modernization that represented the ideals of a globalized world.

These distinct absorptions of modernity, and the relation between the two neighboring nations, are represented in Korea’s Pavilion in an exhibition called Crow’s Eye View, winner of the Gold Lion at the Venice Biennale 2014. The dense exhibition, commissioned and curated by Minsuk Cho together with Hyungmin Pai and Changmo Ahn, used every corner of the pavilion to represent this subject. The curators invited a multidisciplinary group of architects, urbanists, poets, writers, artists, photographers, film-makers, curators and collectors to demonstrate (to best of their availability, since official cooperation with North Korean institutions proved impossible) the architectural intersections and divisions between North and South Korea.

Recognized by the judges as “research in action,” Crow’s Eye View provided an invaluable addition to a discourse which has been predominantly carried by Western-centric narratives. And it is precisely this that, according to rumors, made it Koolhaas’ favorite pavilion. 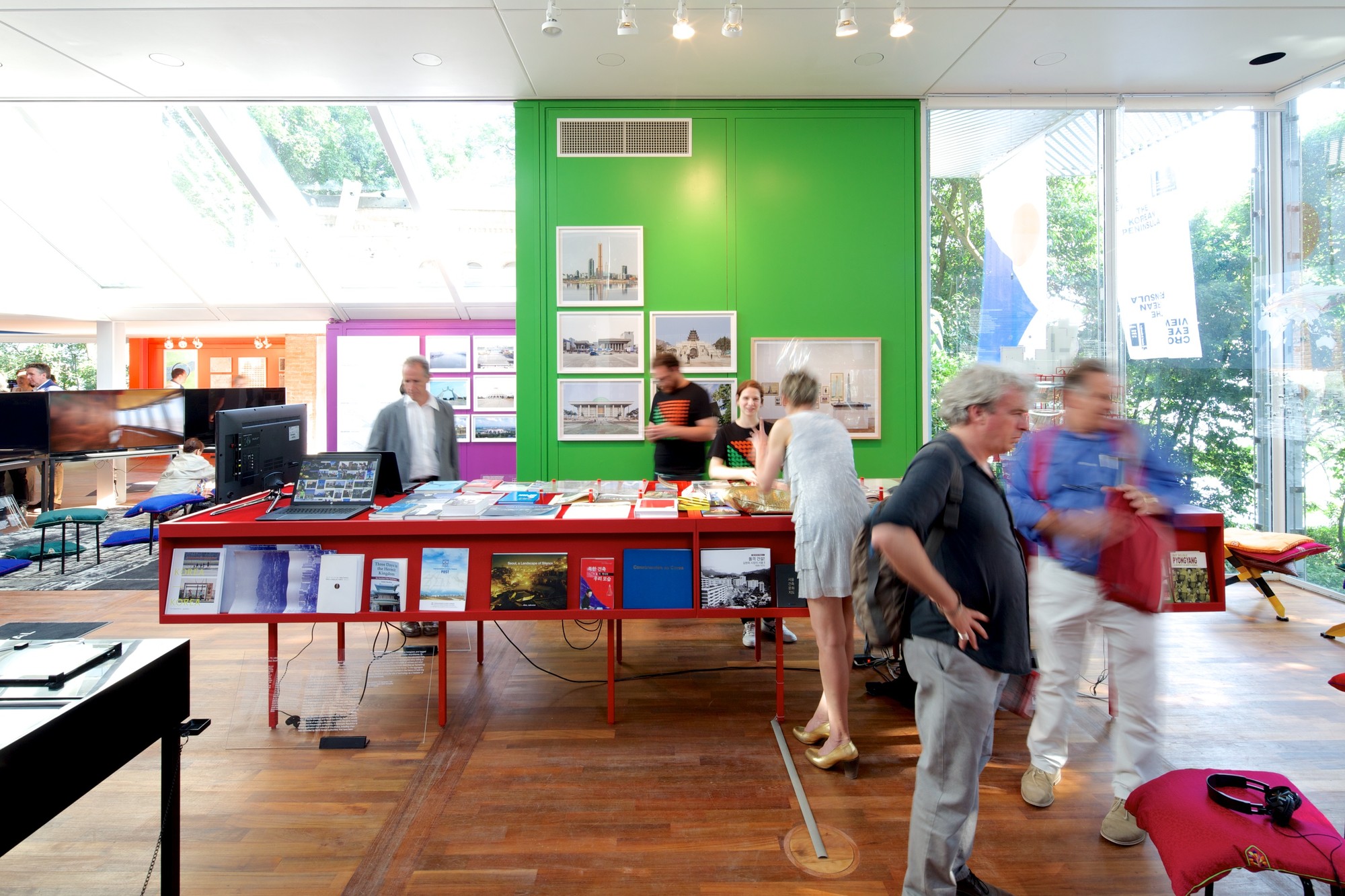 From the Official Catalog of 14th International Architecture Exhibition. In the immediate aftermath of World War II, the Korean Peninsula was divided in two. Within the polarizing global and sate systems of the Cold War, a society and culture that had maintained a united state entity for more than a millennium evolved radically divergent yet irrevocably interconnected economic, political and ideological systems.

The trauma of war and adversarial politics have too often sensationalized and oversimplified this condition, reproducing clichés and prejudices that obscure the complexity and possibilities that lie in the Peninsula's past, present and future. In the Korean Pavilion, the architecture of North and South Korea is presented as an agent--a mechanism for generating alternative narratives that are capable of perceiving both the everyday and the monumental in new ways.

The exhibition is inspired by "Crow's Eye View," a poem by the Korean architect-turned-poet Yi Sang (1910-1937). Published in 1934 and influenced by the Dada movement, "Crow's Eye View" is the emblem of the fragmented vision of a Korean poet who aspired to be a modern architecture, an aspiration that was impossible to fulfill under the debilitations of Japanese colonial rule. In contrast to a bird's eye view--a singular and universalizing perspective--it points to the impossibility of a cohesive grasp of not only the architecture of a dived Korea but the idea of architecture itself. Ironically, while most of the world is relatively free to visit North Korea and South Korea, South Koreans are rarely given the opportunity for direct communication. Admittedly, a South Korea point of view, the "Crow's Eye View: The Korean Peninsula" is a prologue for a yet unrealized joint exhibition of the two Koreas, what we might call "First Architecture Exhibition of the Korean Peninsula."

The exhibition is by no means a comprehensive or balanced presentation of the architecture of the two Koreas. Like uncharted patches of an irregular globe, a diverse range of work produced by architects, urbanists, poets and writers, artists, photographers and filmmakers, curators and collectors forms a multiple set of research programs, entry nodes, and points of view. They call attention to the urban and architectural phenomena of the planned and the informal, individual and collective, the heroic and the everyday. Intertwined yet in opposition, spilling over onto each other, the reveal the way a wide range of architectural interventions have reflected and shaped the life of the Korean Peninsula. The Korean Pavilion reveals the Korean Peninsula as both symptom and agent, both archetype and anomaly of the tumultuous global trajectory of the past one hundred years.