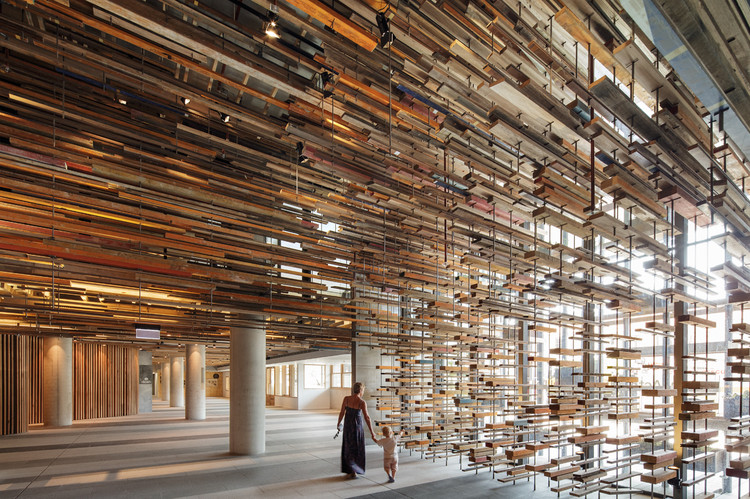 Text description provided by the architects. Located in NewActon, a diverse new precinct in Canberra, Nishi Commercial is a major new development housing government departments, private offices, a cinema and cafes. The lobby, designed by March Studio, projects a unique identity through thousands of lengths of repurposed timber, blurring boundaries while directing views and movement. A grand stair - the stage for performances as much as idle procrastination - leads up to the HotelHotel lobby and bar. In the stair the timber is heavy, grounded, a stacked agglomeration. Freed to scatter up the walls and across the ceiling, the suspended timber filters exterior light and views into and from internal spaces. Spidery, pixellated shadows are cast on the floor and bare walls.

The stair links Nishi Commercial to Nishi Residential, a multi-storey apartment building, housing 2 floors of hotel rooms, wrapped around a central courtyard and light well. The ground floor contains HotelHotel's lobby, reception, concierge and bar, as well as retail and hospitality tenancies. On the ground floor of the boutique hotel, March Studio was engaged to create spaces which encouraged residents, guests and visitors to linger in what can oen be a transient space.

The walls in the hotel lobby - and the seating, the benches, the counters - are an attempt to bring the handmade into the rigorous, polished building around it. Materials - custom gluelam timber, precast concrete beams - are allowed to sit, unadorned, stacked in a simple manner, overlapping, their joints overrunning and poking out. The singular system - the same for both materials - is stretched where needed, opened where useful, broken where forced. A large space is enveloped in this manner and then diffused, variegated by operations within these rules, to allow for spaces which have their own character. Doors that are part opening, part display, continue this language in apparently weightless steel. This steel is picked up to lighten the bar, where stacked concrete props up sleek steel, which weaves into and halts the flow of suspended timber bursting up the stairs from the commercial lobby. Above the seating in front of the bar, large holes have been punched into the concrete slab capping the space. These portholes allow glimpses into the courtyard above and natural light to enter the space.

The main entrance to Nishi Residential, opposite the linking stair, was also part of March Studio's brief. Outside is a canopy which shrugs off its weight with flowing timber recalling the Commercial Lobby. The entrance airlock is lined on two walls and ceiling with what could be steel punchcards for an ancient mainframe. Filling the gaps punched in these steel sandwich panels are amber marbles, thick glass which filters the light and warms the space. The directionality of the commercial lobby is mirrored here, in the lines of punched holes on wall and ceiling, which scatter across the rear wall and flow into the stacked timber of the HotelHotel library. 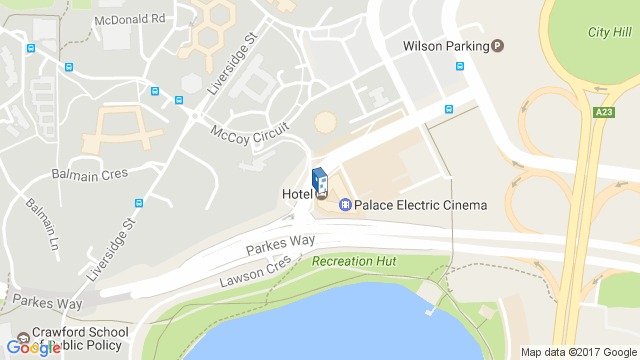 Location to be used only as a reference. It could indicate city/country but not exact address.
Share
Or
Copy
About this office
March Studio
Office
•••