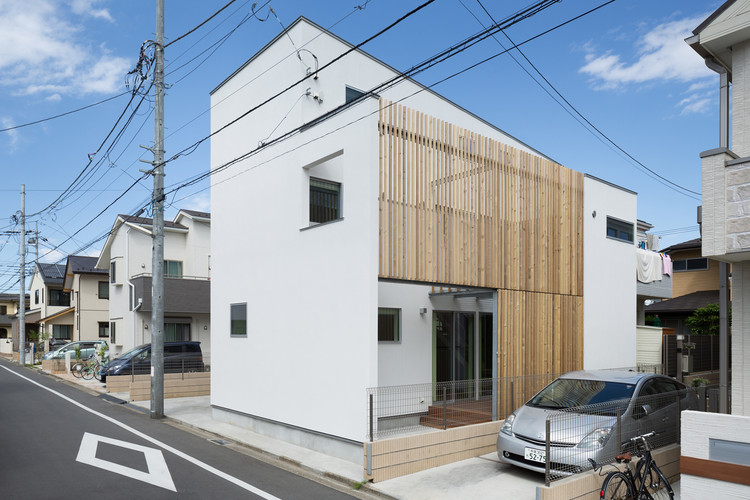 Text description provided by the architects. It is a house of the white appearance of a large wall blocking the front, the thinness of the component was emphasized. The site is located in the place with comparatively much traffic surrounded by the residence both sides and right behind. Since the owner request was a residence with the deck space which can settle down, it was considered as a plan to make a big wall blocking the line of sight on the road side front, mounted a box extending elongated in the east-west direction.

The bedrooms were arranged to a building on the south, the large windows were centralized on the south side, sunny was taken in, the front wall and the building were connected in one by the louver for the bandage, and between was made into the deck and a balcony. On the contrary, the north side was constituted from slit windows in the form which shifts its eyes, and arranges the place equipped with a water supply and the kitchen. The entrance hall is storage of whole surface large scale by the owner's request.

Next to it is an open space of living and a kitchen-diner, placed the thin stairs made from steel in such a way as to separate gently between them. This stairwell part continues to loft, and is for the purpose of the lighting to the first floor inner part. The second floor is a bathroom, toilet, and bedrooms, and comes out to a balcony directly. 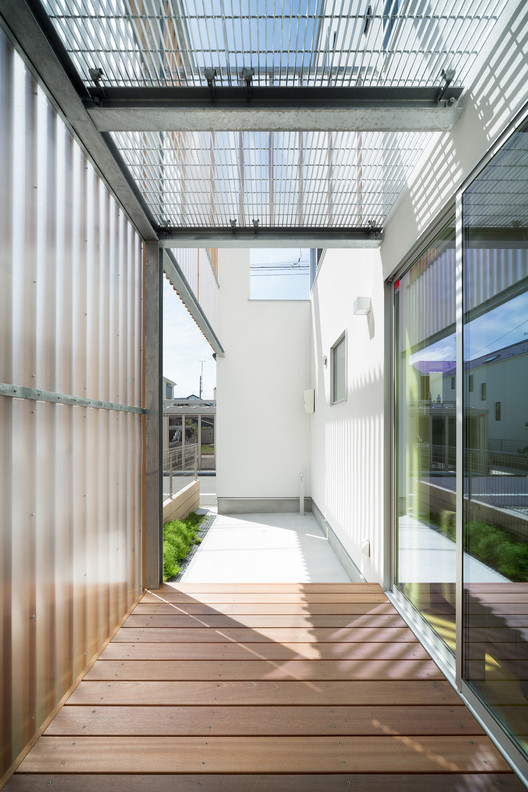