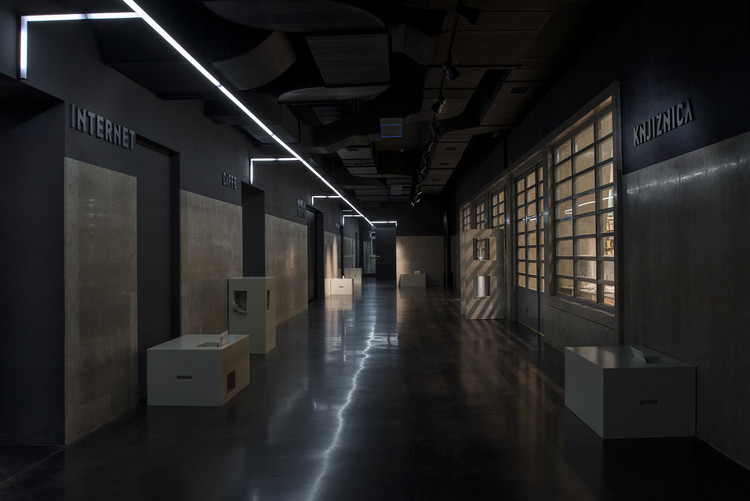 Text description provided by the architects. Over the past ten years, in Europe and worldwide alike, numerous examples of old and abandoned industrial objects being reused as exhibition spaces and cultural centers have appeared as successful models of sustainability for urban sites and urban fabric. Thanks to its quality, its spatial organization, size and variety of uses, one example of such a reuse is certainly the Pijacal complex, a former coal mine site in Labin, in the Croatian region of Istria, which now houses the new Labin Town Library.

The local mine and the mining industry itself were shut down during the 1980s, but the above ground infrastructure servicing the mine was protected as valuable example of industrial heritage.

The idea to reactivate the architecture of former Labin mine, in order to house new public and cultural programs, originated in the 2005 “Croatian Archipelago New Lighthouses” project by Berlage Institute, MATRA program and Association of Croatian Architects. The next step towards reactivation of buildings servicing the former mine was a competition for their reuse as a town library and multimedia center in 2007. This presentedproject won the first prize.

The competition entry showed the entire Pijacal zone completed as an important urban public space and future generator of culture region wide. The project showed an area surrounding a dominant element – Šoht, the monumental platform accessing the mine itself – being turned into a representative zone, with Šoht as its iconographic element.

The new town library is housed in one of the former industry's above ground buildings – a Marble Hall (once housing the administration offices) – and is but a first built part of our urbanistic-architectural project as a whole.

The idea behind the interior design of the library is based on preserving the existing character and feel of the building, featuring fragments of former decoration and atmosphere throughout, incorporated into the new project and adjusted to the new use. Throughout the interior space one is able to see parts of the old construction and materials; the marble walls, tiles and renovated glass brick ceiling of the Marble Hall, as well as fragments of the preserved pipes and wall tiles in the lobby and service rooms.

The great Marble Hall, housing today's library, is a place where once upon a time paychecks would be picked up and workers' would go on strike in. The new project tries to show its spaciousness, its grandeur and quality of natural light. In terms of color, the new project pays respect to the existing environment by choosing exclusively light and/or white shelves, walls, furniture, equipment and floor finish. This brings to light the existing marble walls, which gave the Hall its original name.

The bookshelves are installed into wall recesses, once windows overlooking surrounding spaces. In order to make them accessible, the floor level is raised along the library's perimeter, resulting in areas featuring various library functions (children's area, reading room, research area).

The space is dominated by a grid system in which lay the construction, columns, the glass brick coffered ceiling, windows and doors. This orthogonal rhythm is visible even in the shelving itself, the separators, rectilinear movement through the space, down to the metal perforations on white shelves and the tables.

Counterbalancing the bright white, monumental space of the library itself is a black, dark foyer, an entry hall of sorts serving as link to service rooms, the Internet center, stairwell and a lecture room. With its color and atmosphere, this contrasting space is referring to the mining industry itself, bringing to fore the very zone once used exclusively by the miners.

In the central corridor leading to the Bath there is a small “Miners’ Memory” room, closed off by a thick rubber curtain, featuring archival videos of the miners' underground life, projected onto a water screen.

Plain green ceramic tiles covering the walls of the former miners' bathroom are preserved in patches, creating visually impressive ornament along the black walls, discreetly referring to the room's original use.

The main construction intervention in the space is the insertion of a new floor. In order to differentiate it from the space itself as an add-on, a foreign body, it was designed as a steel box of sorts, with its steel construction and metal floor and ceiling.

Next phase of the project to be developed is a Multimedia Hall, to be housed in the aforementioned miners' Bath. It is a room of rather impressive proportions, leading into the recently opened public Library. 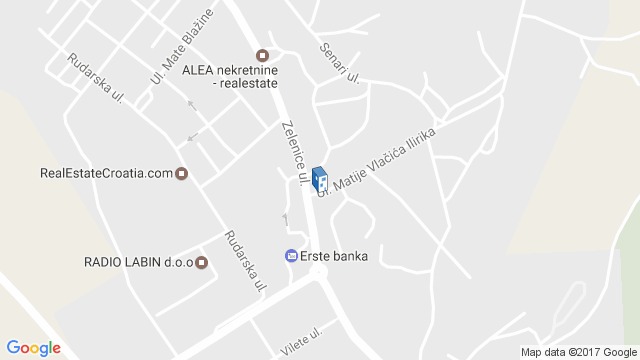