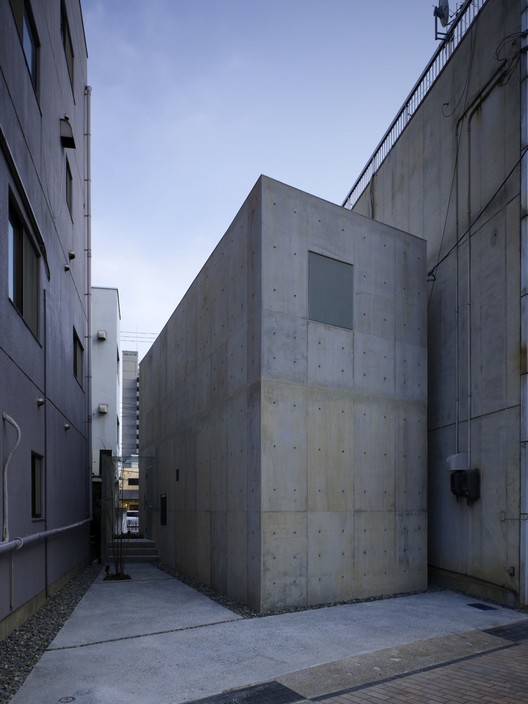 Text description provided by the architects. This spacious house is a home that has two gardens. The site is located in a shopping district alongside the main highway, a harsh place to satisfy the demands of a client desiring a home with bright gardens. There are no outdoor gardens here, so we decided to plan outthe kind of place that you could almost call a real garden, by bringing to the indoors materials that evoke - elements of the outdoors - garden-like elements such as light and raw materials.

By setting up garden rooms that at first sight make you feel as if you are in a real outdoor garden - despite being indoors - we have created a distinction between the indoors and outdoors, and by putting characteristically "outdoor" things such as plants and bicycles in the rooms, as well as books, artwork, and pianos, we have portrayeda life in which these elements are all mingled. We struggled to achieve this new outdoors-like form by changing the way we looked at things just a little bit, by unconsciously recognizing these "inside and outside" elements. The garden rooms, where the indoors and outdoors mingle, show that rather than being a home that cannot allow the sort of metamorphosis it has seen thus far, this home is comfortable with these changes.

By participating in putting the finishing touches on the building´s interior design, we think that we have created such a home.