Israel is a country that was built with modernism as its guide. It flourished in a particular way and resulted in a unique architectural landscape, not only in terms of singular buildings, but also in the way in which the territory itself was planned. Anti-urban in essence, the Sharon Plan from 1951 gave birth to more than 400 new towns scattered across the territory.

This new landscape -a tabula rasa- evolved into a variety of patterns and forms, a landscape that is neither Urban nor Suburban.

“Urburb” is the title of the Israeli exhibit at the 2014 Venice Biennale. Within the pavilion, a constant robotic performance traces the patterns that resulted from the Sharon plan in the sand, only to erase them after a few minutes and then draw them again. It is a performance that makes one think about the future of new settlements and the possibilities of robotic construction. 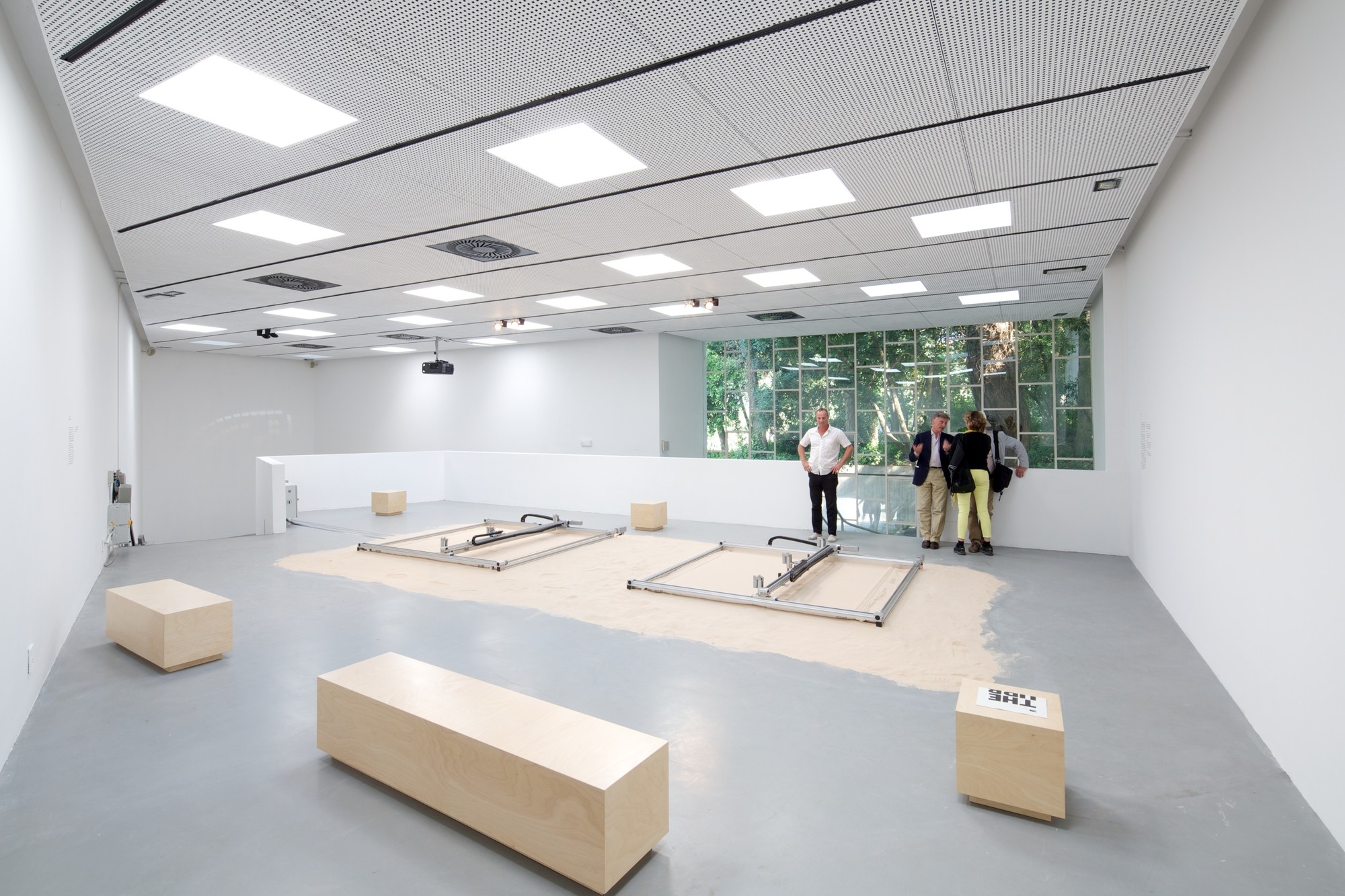